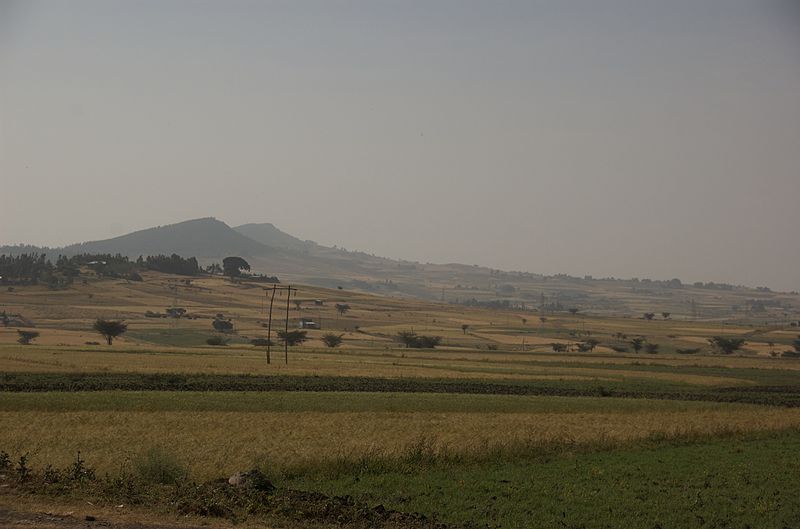 On the droughted Ethiopian savanna, a little boy clings to his mother for protection, and her mate tries to guide them to safety

At dawn, the boy awoke belly-down, head nestled into his sleeping mother’s bosom. He thought she was the most comfortable place to sleep in the world. Briefly, he felt a euphoria, breathing in the Ethiopian oxygen along with his mother’s familiar, pleasant scent.

His mother’s male companion had already arisen, and he sat where a large branch met the tree trunk, eyeing the lions below as if his gaze alone would frighten them off. The boy wished to stay right where he was. In her bosom, on the bed her body made, a blanket underneath her, several strong branches for support, her left side and his right side squeezed up against the tree by the upward angles of the branches and gravity. It was as safe a cradle as one could desire inside the Caesalpinia’s crown.

Leaving the safety of the tree—for water, for food—was a whole other matter. It was a calculated risk, only to be taken when an opportunity arose. These thoughts caused the child to notice the first thirst of the day, the wrenching pain in his dehydrated body. He felt the nauseating grip of hunger now.

The boy’s mother wiggled a little beneath him and yawned. Well, thought the boy, the jig is up (though he didn’t think it in those exact words). His mom wasn’t one to linger once she awoke. She’d have something to say to her partner, that was for sure. She smiled at the boy and mussed up his hair. He turned and reached for a branch above to help him lift himself off of her. She took a deep breath for the relief from his weight.

“When you going to make yourself useful and find us something to eat!” she shouted at her mate. It wasn’t a question. Nor was it a demand, but more a way for her to clear her lungs and wake her brain. The adults, at least, had to be sharp.

The boy had learned to be sharp, too, of course. Right now, he didn’t focus on the lions stalking below. Instead, he lifted his head and surveyed the sky. Almost royal blue, with a few wispy white clouds. He meditated on the expanse above them with his eyes open. He felt a wave of optimism and satisfaction, though the skies promised no precious rain for the time being.

A rustling of paws and an orange cloud of dust rose. A wandering wild ass or the like had caught the attention of the pride, and the starving cats charged headlong in its direction.

“What is it?” said the mother.

“Zebra. Let’s go get us some breakfast” said the boy.

My upcoming novel, ULTIMATE ERROR, is about survival in the most challenging circumstances. All animals have the instinct. Not all have the intellect.