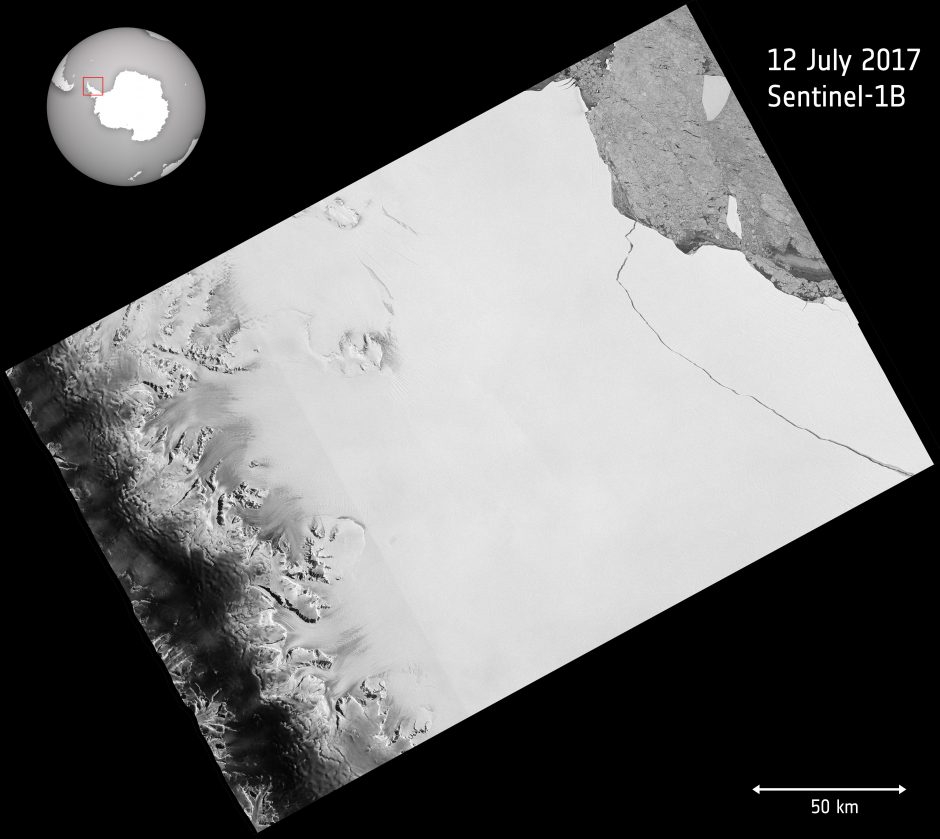 Is there anybody in there?..

There is no pain, you are receding

A distant ship smoke on the horizon

You are only coming through in waves

When I was a child

I caught a fleeting glimpse

Out of the corner of my eye

I turned to look but it was gone

I cannot put my finger on it now

The child is grown

The dream is gone

I have become comfortably numb”

Here on my ULTIMATE ERROR blog, I’ve written several times about growing concerns among climatologists and other scientists about an ice shelf in Antarctica called Larsen C. Their concerns—and mine—were confirmed on or about July 11th: The 2,600-square-mile section of the continent under observation for its rare giant rift cracked off into the Weddell Sea.

Though the ice was already afloat—thus not increasing the volume of the waters when it broke off—the overriding question is the obvious one: Was the calving caused by the warming atmosphere and seas? The experts say maybe. I say probably.

In saying that, I’m taking the big picture into account. The reports from all parts of the world on extreme weather and record heat confirmed by climatologists as warming-related. When Delaware-sized ice chunks start breaking off from their continents, I don’t believe it’s time to give benefits of doubt to climate change deniers.

The professional climatologists are the ones tasked with being precise with their science. I’m a physician and a writer, and I can tell you what I think the Earth is telling us via these events: Human behavior must undergo great change if we are to live on this planet much longer. That’s what I believe to be the deeper meaning of Larsen C’s calving.

But, as I’ve stated in previous blogs, we’re not easily shocked anymore as a species. We have become numb to both apocalyptic fiction and catastrophic nonfiction. Nature, for better or worse, seems not to know about our violent feasts called “Game of Thrones” and “The Walking Dead.” Elegantly and perhaps naively, she cleaves off a tremendous section of her land as a warning to humans of what could follow in years to come.

The government of the United States of America made no mention of the event. A day or so after the massive calving, on July 12th, a member of the White House press pool asked the principal deputy press secretary a general question about the U.S. climate change agenda. Her response was approximately 10 seconds long and featured no real answer to the reporter’s question.

My upcoming novel, ULTIMATE ERROR, is about the dulling of American senses and its consequences in the event of a widespread disaster. Almost certainly, a public barraged by nonsense and distraction will react to slowly to a catastrophic ERROR.