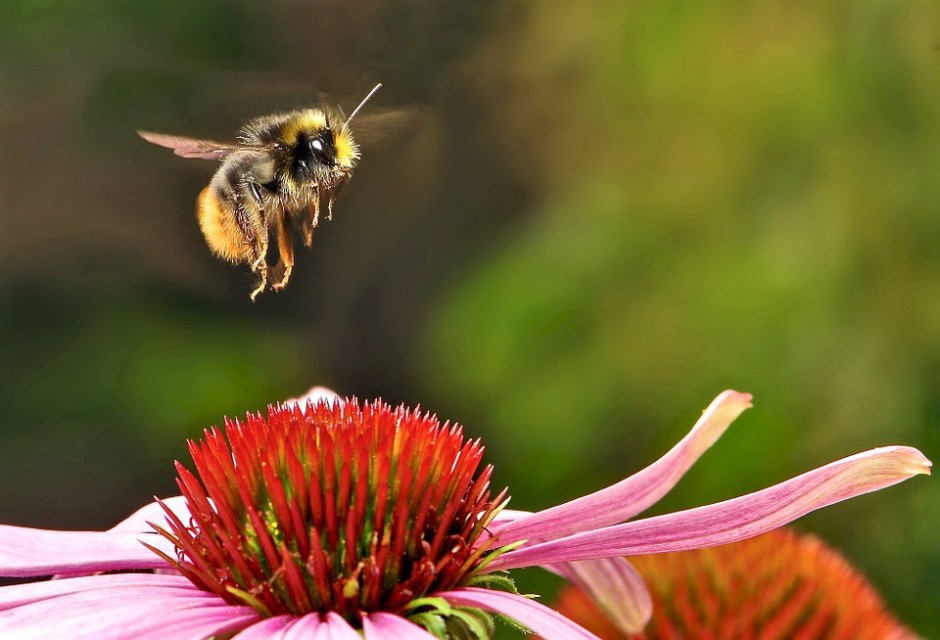 With wonder, we learned in primary school about the industrious honeybee, working in its organized hive and doing its part for nature at-large by pollinating plants of all sorts. Well, for most of us, I’d venture to say, the common bumblebee seemed an indispensable and integral part of every ecological system that sustains flora. As we learned more about plant life, everywhere we saw bees doing work. We were right, as children tend to be, about the importance of apiformes in our world.

That’s why so many of us felt disturbed by news that bee populations all over the world were diminishing, even disappearing. Worse yet, a few years ago no one had even a clue as to why so many colonies were vanishing. We did know there would be larger implications if it continued. It did continue, and now we know some of the consequences that our childhood learning helped us foresee.

An early March 2016 report on National Public Radio (NPR) summarized the bee troubles as they relate to the pollination of berry, fruit, vegetable, and nut crops. Looking at the facts – even the relatively little scientific evidence available at this early stage – helps to assuage the discomfort of dwelling on the extinction of these creatures.

As NPR noted, colony numbers are diminishing much faster in some parts of the world than in others. The U.S. grain belt, for example, has seen quicker and broader decreases in bee populations. While the cause of that certainly needs to be investigated further, crops like wheat and corn are indifferent to pollination – they don’t need it.

Also heartening is the fact that farmers of foods such as almonds are already bringing in farmed honeybees – far less likely to die off than wild species – to handle pollination duties.

As a biologist with a keen interest in ecosystems, however, I want to see the studies continue and go further. At the very least, the disappearing bee colonies are a warning sign that we humans are doing something wrong. In fact, global warming has already been implicated in the narrowing feeding ranges of bumblebees. It’s quite simple. These furry creatures are well-insulated from the cold, but they perform poorly in warmer weather.

As I discuss here on my blog and in my upcoming novel, ULTIMATE ERROR, we need to be aware and sensitive to the signs nature gives us; the distress calls, if you will. In order to assess and reassess the progress of global warming trends, good or bad, we need to be willing and able to look at every aspect of the man-made and natural world. There’s no doubt that this is, and will continue to be, the greatest task humankind has ever known.

ULTIMATE ERROR is about the plethora of catastrophic events we narrowly miss every day. But it is also about the aforementioned, monumental work ahead of us, as we conserve and preserve our planet for our children and grandchildren.