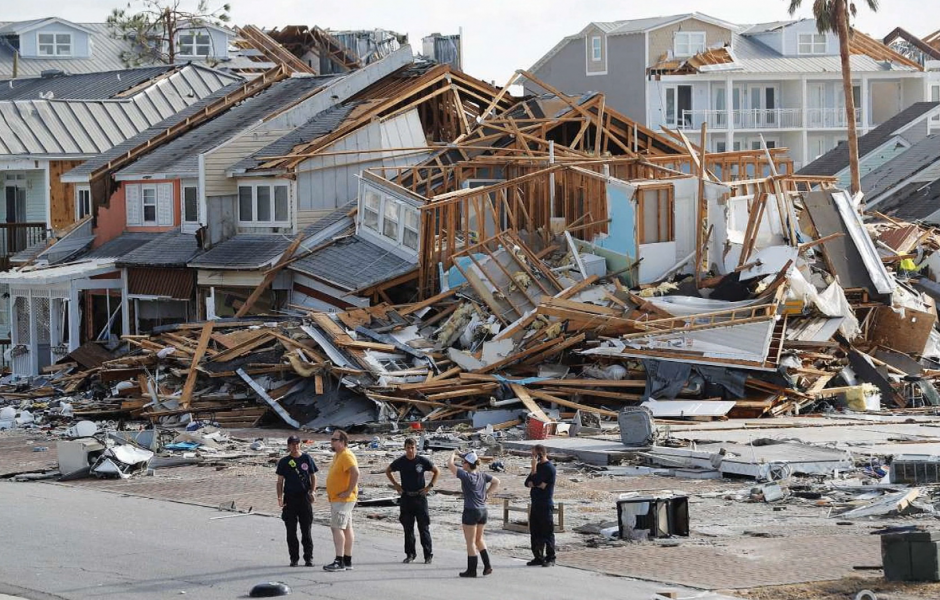 It’s really something when—in this era of hotter weather every year—you hear meteorologists talk about “abnormally hot” anything. How warm did the Gulf Coast waters that fueled Hurricane Michael have to be for weather experts to call them “abnormal”? It’s not a word that scientists bandy about freely.

But it’s in line with what climatologists have been saying for a decade or more, and as recently as October 9th: We are at—or dangerously near—the point of no return with regard to global warming.

I firmly believe that smart people, and scientists in particular, measure their words so that the truth of their work comes through with a minimum of hyperbole. I think it’s worthwhile to pay close attention to what people say. There’s always something to be learned, particularly in a person’s tone, demeanor, and choice of words.

So, here we had Hurricane Michael strengthening in the Gulf of Mexico and picking up energy from “abnormally hot” waters. “We are in new territory. The historical record, going back to 1851, finds no Category 4 hurricane ever hitting the Florida panhandle. The words of National Hurricane Center Meteorologist Dennis Feltgen, according to a Phys.org report.

“New territory… no Category 4 hurricane ever…” While climatologists all over the world are telling us that the consequences of global warming have arrived, a meteorologist at the National Hurricane Center tells us that this was the first time a Category 4 hurricane has hit the Florida panhandle. Any American citizen, if s/he were to call themselves responsible, must be able to put together the foregoing facts.

If the frequency and strength of the wildfires, droughts, floods, hurricanes, and other storms in recent years hasn’t been enough to convince every U.S. citizen that catastrophic global warming is here now, then they can simply look at photos of Mexico Beach, Florida in the context of what top scientists in the field are saying. Anything short of that is willful ignorance and a dereliction of duty in a nation ostensibly governed “by the people.”

A good-faith question might arise: What can I do about it? Well, firstly, as my comments above imply, a citizen can vote. Some government officials currently “serving” are in convenient “denial” about climate change. The individual American, having dutifully educated him/herself, can vote to remove such people from office. Each citizen must decide whether the health of Planet Earth and her inhabitants ought to take priority over the profits of fossil fuel companies, and then s/he must vote accordingly.

Plenty has been written already about reducing one’s carbon footprint and—reasonably, according to one’s means—one can take measures to incorporate renewable energies into their sources of electrical power, drive less, drive smaller vehicles, even eat less red meat! There’s certainly no lack of sustainable alternatives to choose from for the person who genuinely desires them.

My upcoming novel, ULTIMATE ERROR, is about Earth on the precipice of destruction. At the hands of, who else, mankind.