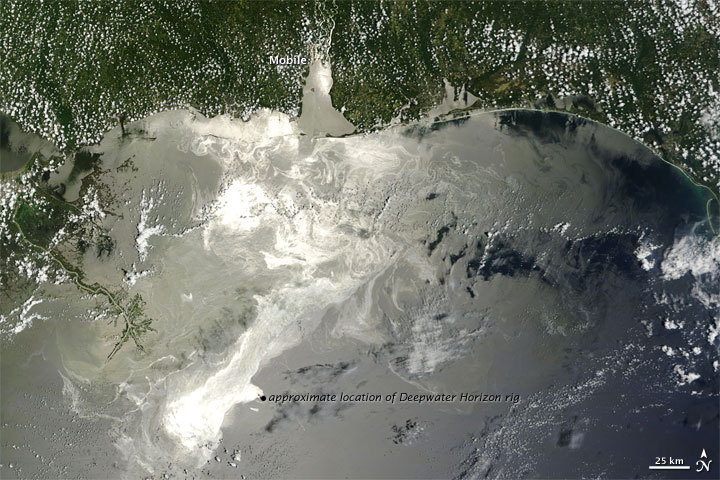 Shortly after the deadly catastrophes at BP’s Macondo Prospect in the Gulf of Mexico, several government agencies began examining the chain of failures that allowed and caused it to happen. The disaster of the Deepwater Horizon platform explosion and wellhead blowout, they found, left plenty of blame to go around. Eventually, the contractor that built the well, Halliburton, was found liable in part, as was the operator Transocean. BP was found guilty of myriad charges and even pled guilty to 11 counts of manslaughter.

The federal agency formerly known as the Minerals Management Service (MMS) was found to have allowed BP and many other companies to drill in the Gulf of Mexico without permits to assess threats to endangered species, which is required by law.

The National Oceanic and Atmospheric Administration (NOAA) strongly warned other agencies about the risks of such drilling. In a 2009 letter, NOAA accused MMS of underplaying the likelihood and potential consequences of a major spill in the Gulf of Mexico. This, remember, happened only one year before the Deepwater Horizon catastrophe.

At the time, the director of the Center for Biological Diversity said, “MMS has given up any pretense of regulating the offshore oil industry. The agency seems to think its mission is to help the oil industry evade environmental laws,” according to the New York Times.

This all amounts to “regulatory capture,” which is basically the overtaking of a regulatory agency by the industry or industries it’s supposed to regulate. It basically shifts the mission of the agency in question from serving the public good to promoting private business interests. Massive-scale, insidious corruption, in other words.

In the intervening years (through 2016), Congress passed several laws, and regulatory agencies developed new protocols, aimed at stopping up the gaps in regulations and permits that permitted the regulatory capture, the explosion, manslaughter, and historic spill at BP’s Deepwater Horizon.

Now come the personnel changes after the 2016 election, and the goal is clear. To erase all improvements of regulatory agencies and regulations made post-Deepwater Horizon. So, the question is, naturally, what will be the consequences of going back to pre-catastrophe rules and protocols. Another catastrophe, of course.

So, among other things, the executive branch is setting workers on oil rigs up for death. This is how low corruption can go. Premeditated murder. Just like the mafia. (No coincidence there.)

Those other things? Scientists in Houston, as part of the Gulf of Mexico Research Initiative, are studying the cardiac function of fish exposed to oil. So far, the results indicate myriad problems including inhibited growth and limited ability to feed and to escape predators. This, of course, comes on top of all the destruction we already knew about. Birds, fish, turtles, sea mammals—six-figure death count. The damage assessment isn’t even done yet, and corrupt officials already want a whole new catastrophe to deal with.

My upcoming novel, ULTIMATE ERROR, is about the little-know dangers of oil spills, like misguided clean-up strategies.