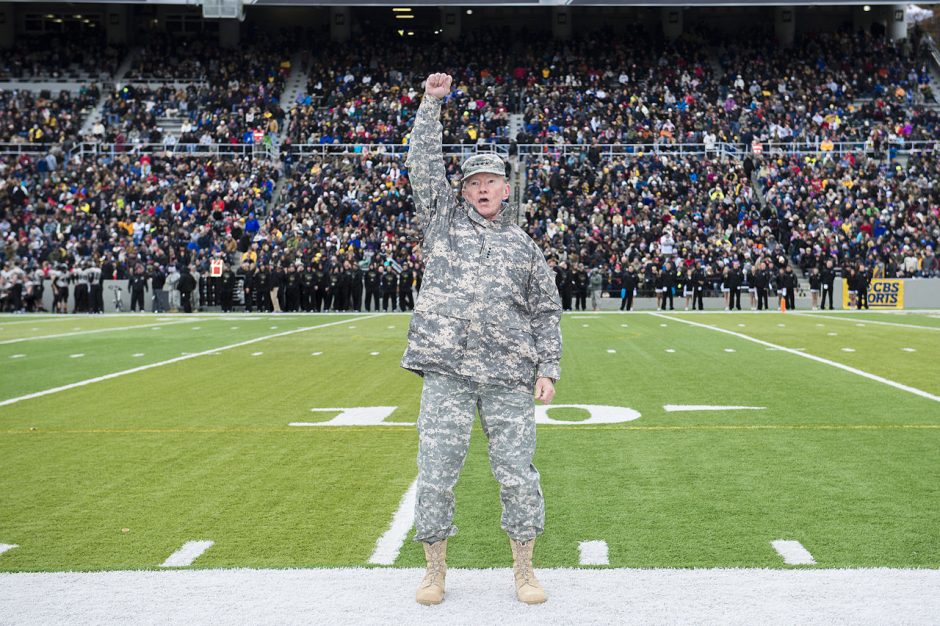 The old saw says, “There are two sides to every story.” You can’t scan a news site or watch television for five minutes without bumping into an “NFL player protest” or “national anthem” story. The other side of the story? The status of the United States Department of Defense as the second biggest spender on NFL advertising, behind Verizon.

It oughtn’t to be surprising that the military does business its NFL business on stealth mode. They’re not listed as a top NFL sponsor, because most of their ad dollars (in the tens of millions) go to the massive military ceremonies at the beginning of games. That’s right—the Department of Defense pays for, sponsors, the national anthem at NFL games and all the pageantry that goes with it. And the president of the United States wants to make it mandatory that everyone stand for it. Think about that: Advertising that you are legally compelled to participate in, by order of the president. 1984, anyone?

So, the player protests aren’t as simple as they might appear or as they might be cast by parties looking to benefit themselves. The opening ceremonies of football games are hardly organic occurrences. They’re as organic as Toyota paying a million dollars for a television commercial during an NFL broadcast.

It’s also worthwhile to note the opaque, scammy manner of the Department of Defense and the NFL in these transactions. Billions in taxpayer dollars go to marketing the military every few years, and a sizable chunk of it goes into ceremonies and coverage thereof that’s made to look like a public service!

However, the arrangements between sports-team owners and the military lose their scandal when you understand the inherent lies and manipulation in any propaganda. Problem is, so few people gaze upon a national anthem ceremony at a sporting event, hat in hand, hand over heart, and think, “Okay, this is propaganda by and for the government of the United States of America.” But oughtn’t we to think that?

Well, at the very least we should be aware that none of it happens out of the owners’ good will. It is business, first and foremost. It is a manifestation of the military-industrial complex, second. And it is a profoundly proper place and time for citizens—players and others—to protest. When the men with the big guns and big budgets are strutting their stuff in front of television cameras and tens of thousands in the stands, courting favor and recruiting our young.

My upcoming novel, ULTIMATE ERROR, is about fact vs. fiction in the real world. Myriad concoctions of truth and lies are presented to the people of the United States in order to achieve someone’s objective. One of the most important responsibilities of the U.S. citizen is to be wary of the information s/he is fed. “Fake news” is a fake problem. American propaganda is a very real one.