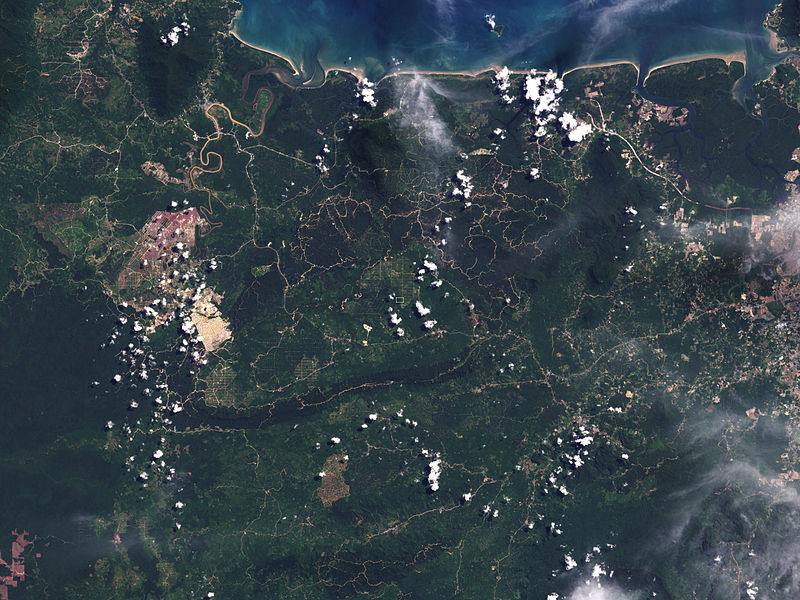 The man who coined the term tacitly disinvites the clamoring ignoramuses

There is a cult of ignorance in the United States, and there always has been. The strain of anti-intellectualism has been a constant thread winding its way through our political and cultural life, nurtured by the false notion that democracy means that “My ignorance is just as good as your knowledge.”—Isaac Asimov, 1980

A couple of days ago, a trillion-metric-ton, 2,300-square-mile section of the Antarctic continent calved into the sea. The ice which attached this former section of Larsen C to the rest of the shelf melted and cracked and ceased to exist.

The people of the United States of America, according to our current government, are supposed to be thinking about… something else, I suppose. And make no mistake, the powers that be enjoy Americans’ famous (and ever growing) distractedness. Somebody’s emails… a television show (or a thousand)… celebrity gossip… anything but the chunk of continent the size of Delaware now floating in the Weddell Sea.

New York magazine, however, ran a series of interviews with top climatologists, and their “godfather” series couldn’t have been timed better. The magazine’s talk with Wallace Smith Broecker—the oceanographer who, in 1975, authored a paper called “Climate Change: Are We on the Brink of a Pronounced Global Warming?”—ran just two days before the section of Larsen C was officially declared detached.

The New York magazine piece features the scientist, now 84, on topics from the common (sea-level rise) to the esoteric (agricultural impact of solar deflection shields). As would be expected of a venerable, veteran man of science, Broecker tries to quantify his ideas and opinions in terms of probability of implementation and success.

His assessment puts ice melt and sea-level rise at the top of the “big things” list. Broecker says sea levels will rise gradually “maybe as much as ten meters,” adding—in the tone of a man who has observed his share of bad news—that this eventuality “really eliminates a lot of stuff.”

In terms of prevention, the Columbia University Lamont-Doherty Earth Observatory fellow told New York that even ceasing all burning of fossil fuels wouldn’t be enough to stave off tremendous, albeit gradual, sea-level rise.

He sounds optimistic, though, about the possibility of removing some carbon dioxide from the atmosphere. Broecker takes care to note the expense involved in such an undertaking, explaining that removing a day’s worth of the world’s CO2 emissions from the atmosphere in a day’s time would require a trillion dollars’ worth of equipment. Operations would, of course, add significantly to the clean-up bill.

Insightfully, the scientist adds that hardly anyone wants to pay for the pollution they create. Governments and peoples demand not only to have and burn fuels poisonous to life on Earth, but also to do so with impunity.

My upcoming novel, ULTIMATE ERROR, is about the consequences of the race to burn the Earth’s remaining fossil fuels. The higher the demand and the faster the oil companies operate, the greater the risks—even in spills and clean-ups alone.