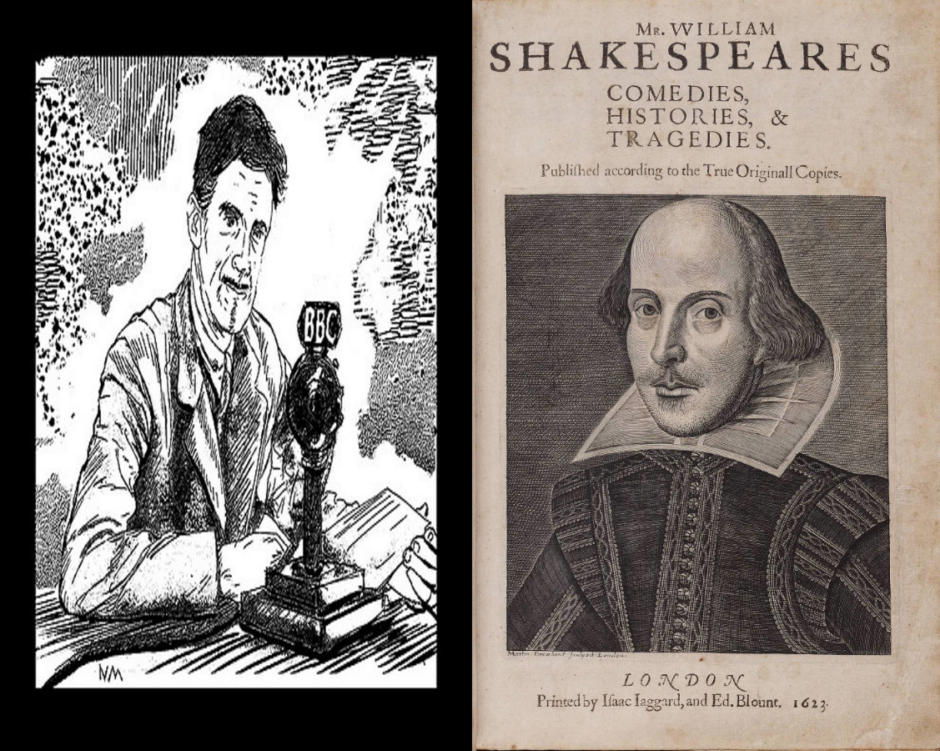 Non-fiction is the domain of the rugged, 21st Century, thinking man, right? Aren’t novels sheer fantasy? (“Novela” means “soap opera” in Spanish, for crying out loud!) When looking at great works of fiction the superficiality of the arguments above reveals itself.

That’s because, while non-fiction can also be great, fiction benefits from the potential to fully captivate and immerse the reader. In a biography of a U.S. president, let’s say, isn’t the mind constantly shifting back and forth from the news of that era, and how what we’re reading differs or agrees with our previous understanding of those events?

A fictional story has the power to tell the truth, deal with facts and, yes, even describe reality better than non-fiction. When done well, fiction tells deeper truths.

Two authors who, in very different ways, exemplify well the relationship between fiction and the “real” world are William Shakespeare and George Orwell. These two greats possessed a heightened sensitivity to (and a remarkable sensibility for) patterns of behavior in man. The Bard of Avon and his English compatriot effortlessly predicted patterns and behaviors that will repeat in mankind forevermore.

Shakespeare, I think it’s fair to say, examined the foibles of man and the structures man builds (relationships and otherwise) which inevitably come tumbling down of his own misguided doing – whether they want to believe so or not. Look on any city street, or read the news today. In every town lives a Macbeth and his essential Lady Macbeth. In every hamlet, you find a Hamlet. Othello, King Lear and, of course, Romeo & Juliet, the couple that unwittingly works feverishly to destroy each other. Shakespeare was so prescient, he even acknowledged the universality and timelessness of his own work: “All the world’s a stage, and all the men and women merely players: they have their exits and their entrances; and one man in his time plays many parts.”

Orwell’s world, post-Industrial Revolution and steeped in world wars, naturally, inspired a different tone and perspective. Ever mindful of the individual’s responsibility, he saw right through blustery propaganda of every sort. Other side of which were the machinations of power-mad men and women. In 1945’s Animal Farm, the men and women are represented (ingeniously) as sheep, pigs, dogs, horses, etc. What an effective, incisive way to say, “People will change their principal behaviors about as often as farm animals ever do – which is to say, not often.” In Nineteen Eighty-Four, he famously predicted ubiquitous cameras and governments peeping into every aspect of the lives of private citizens.

Shakespeare describes universal inner conflicts more, while Orwell clearly maps out the most underhanded social trickery and manipulation. Both authors were cynics in the very best sense of the word: They wondered why some people make the same mistakes over and over again.

My upcoming novel, ULTIMATE ERROR, is a work of fiction based on the modern reality of potential worldwide catastrophe.