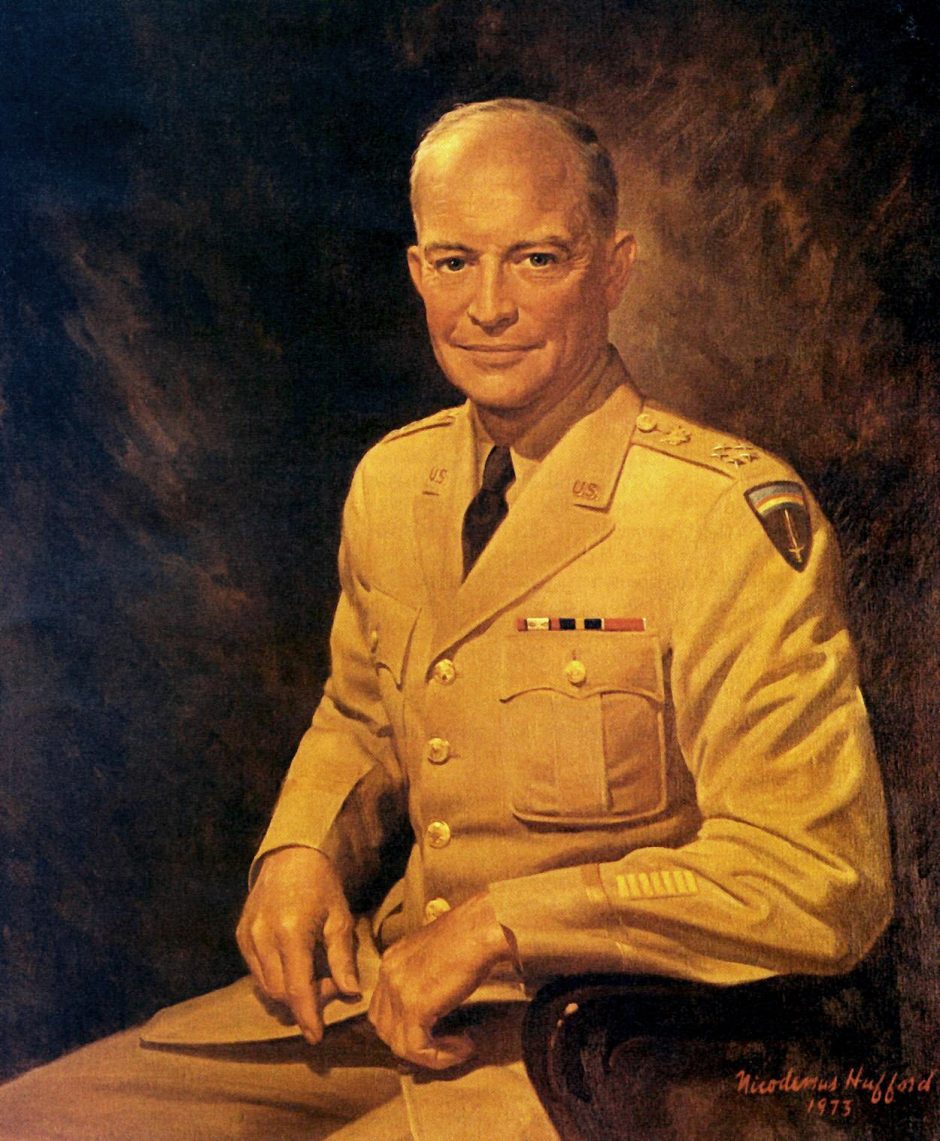 Throughout the distinct decades of our American history, great leaders have tasked us, The People, with meeting certain goals for the maintenance of our nation’s core values. Rarely have we even approached attainment of those objectives. Hardly have we even experimented with commencement on some of these important tasks.

So, today, as we look upon a society entangled in webs of greed and blinding avarice, and a world fraught with hostility, it’s helpful to trace our steps back to simpler times. We look back, not as an escape, but as a guide to assist us in determining how we got here.

“This conjunction of an immense military establishment and a large arms industry is new in the American experience. The total influence—economic, political, even spiritual—is felt in every city, every State house, every office of the federal government. We recognize the imperative need for this development. Yet we must not fail to comprehend its grave implications. Our toil, resources and livelihood are all involved; so is the very structure of our society.

“In the councils of government, we must guard against the acquisition of unwarranted influence, whether sought or unsought, by the military-industrial complex. The potential for the disastrous rise of misplaced power exists and will persist.

“We must never let the weight of this combination endanger our liberties or democratic processes. We should take nothing for granted. Only an alert and knowledgeable citizenry can compel the proper meshing of the huge industrial and military machinery of defense with our peaceful methods and goals, so that security and liberty may prosper together.”

Clarity and urgency permeate the president’s message. He virtually commands the American “citizenry” to be always alert and ever knowledgeable. In his wisdom, President Eisenhower calls on The People to oversee the “machinery” of the military-industrial complex. Only we, he says, can do this job effectively, as the ultimate authority of a democracy.

And how often have we forgotten that our representatives in government are supposed to answer to the citizenry in the United States, not the other way around. That includes the president, and our country was blessed with the venerable veteran and Republican who acknowledged it—insisted on it—in his 1960 farewell speech.

So, why are we dealing with questions—valid questions—about the defense industry’s profiting from the recent U.S. missile attacks on an airfield in Syria? The answer, and I hope I make this clear, is that we have not done what President Eisenhower told us to do 57 years ago! We haven’t done it! We waited until this naval strike to even think about the military-industrial complex, much less remain ever alert and knowledgeable.

Why? Because we’ve been “busy.” We’ve been busy with this, that, and/ or the other distraction. The Beatles landed in the U.S. in 1963. “Conservatives” were up in arms (pardon the pun) about the hippies and 1969’s Summer of Love. The 70s saw another American presidency falling apart at the seams. The Reagan 80s spawned the cocaine-fueled greed monster. 90s, war in the Gulf. 2000s, September 11th (for which no one could be blamed for distraction), then war in the Gulf again. 2010s and ISIL and more Middle East troubles and a war on truth.

I don’t say Don’t be distracted. I say, Let’s not be distracted to the point where that we drop the ball on our responsibilities as U.S. citizens.

My upcoming novel ULTIMATE ERROR, is about the responsibilities of the people in a democracy. A nation of freedom bears many gifts for its citizenry—if it prevents those gifts from being stolen.