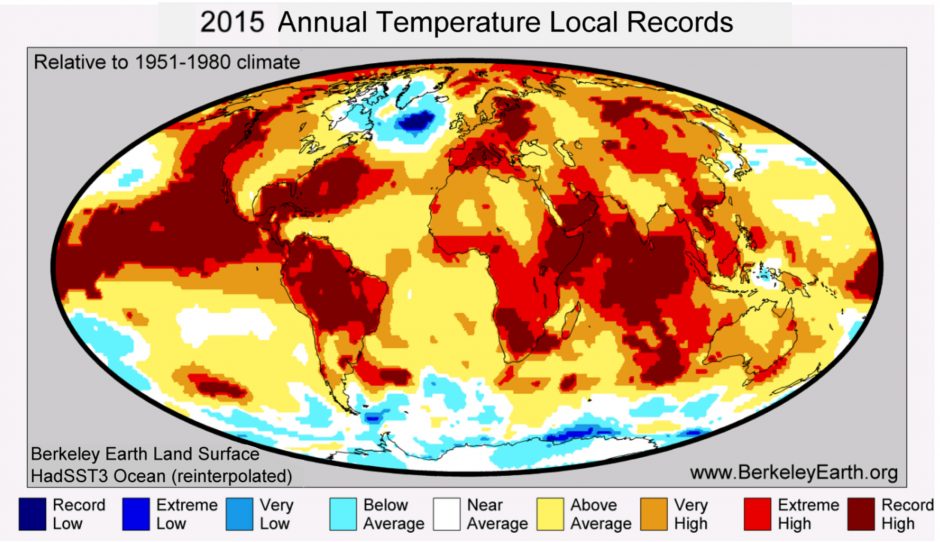 Miami recorded its hottest May ever, and Savannah topped its 128-year high

I read a tweet earlier today about how “liberals” are “fighting weather” while conservatives are fighting terrorism. “#londonbridge,” the tweeter added. How very simple. “Weather is nice, terrorists are mean,” is another way of stating her point. And all too often, certain political factions simplify the world into “good guys” and “bad guys.” Just listen to them speak. They give themselves away 90 percent of the time.

So, continuing with the “words matter” theme, “weather” is local and ephemeral. A 15-day forecast, is the longest any licensed meteorologist will offer. “Climate” is global and flows monthly at its shortest, while stretching backward and forward forever. The above attempt to diminish efforts to fight global warming thus fails.

In fact, climate is demanding our attention and our “fight,” if you will. For nearly two years in the U.S., every month has been hotter than the same month the previous year. Mays in Miami were already hot when a new record-high, monthly average was set last month. Savannah, Georgia also felt the heat, breaking a record high that had stood for 128 years.

You might hear about these things in the news or in weather reports, but make no mistake: They’re talking about climate change. At this point, only a tiny fraction of scientists (contrarians, as a rule) believe global warming is not happening. Only slightly more believe it exists but isn’t due to non-human activity.

Where are the deniers of these facts when the reports of long patterns of warming come in. Busy burning fossil fuels somewhere, presumably? In all seriousness, even a healthy debate on two opposing views can’t be claimed by the deniers. No repartee allows for one party to simply leave the debate until the dust settles. This is a tactic regularly employed by deniers all the way up to the White House.

The shortsightedness in Washington, D.C. is at once remarkable and typical. The dodging, feinting, and repositioning from one minute to the next is exhausting to watch. Statesmanship for the people and stewardship for the land, sadly, have been sold out for a few pennies more in the politicians’ drawers.

So, it’s incumbent on the people—with the same vigor and pride that we celebrate Lincoln and Jefferson and Washington—to excoriate these fake, unfailingly dishonest politicians who only clutter up our capital while raiding its coffers. They are stains on the institutions of the three branches. Let us never forget that they deigned to lessen the United States of America domestically and internationally. Not a minute too soon, they will go around their home states as walking redaction marks over their own names, which were added to the rolls of government in ERROR.

My upcoming novel, ULTIMATE ERROR, is about humankind’s tendency to ignore nature’s warnings and our notoriously poor risk assessment skills. What could be a graver ERROR than to allow the Earth to warm beyond the point where it can support human life?