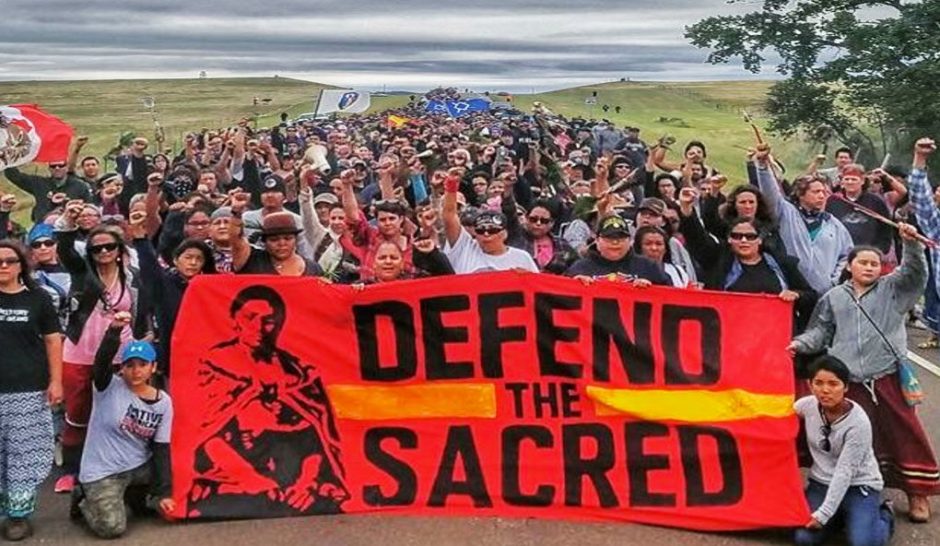 Employment and economic benefits count, but how much general harm is tolerable?

Imagine you have 30 percent or more of your investment portfolio in oil stocks (and, let’s face it, millions of Americans do). How would that fact affect your attitudes towards those companies’ operational ethics?

Ever since former chief NASA climatologist Dr. James Hansen wrote, in 2015, that humankind had already exceeded sustainable carbon emissions from fossil fuels, I’ve noticed a common disconnect among financial stakeholders in petroleum. Just after this year’s restart on construction of the Dakota Access Pipeline (DAPL), the exact type of spill protesters had feared actually happened. While you and I might clearly see the significance of that event, an op-ed writer opined quite differently in a Rapid City, SD weekly.

“Let’s all take a deep breath,” suggests the author. Then, amazingly, he lists out a half-dozen of the world’s worst oil spill and calls the DAPL one “a drop in the bucket.” I guess the 84-gallons of toxic crude didn’t spill anywhere near his water source. Clearly, here’s someone with “a dog in the race” who wants to share a perspective based on the Exxon Valdez and Deepwater Horizon! Even South Dakota’s own Keystone Pipeline spill of 2016 (17,000 gallons) made the “significant” list, without irony.

And I wonder, where are the social psychologists in all of this? It seems to me they could do a lot of good by (at least) explaining the process by which greed corrupts ethics and morals. Or even reasserting that it does indeed corrupt.

At the governmental level, of course, the corruption is multiplied with every million the politician stands to gain from Big Oil. The concept of congresspersons, and even the president, selling out our democracy for the benefit of corporations, and their own, remains difficult to accept for many Americans. If we would open our eyes and our minds more, we would see and understand the powers at work in the massive, international corruptions.

Next time you see or hear an interview with a petroleum investor or CEO, gauge their level of denial of the fact that fossil fuels should be, and will be, obsolete. If ever asked, surely they would announce that they are only doing what everyone else is doing. They might add that they don’t mean any harm and are hoping for the best. However, the United States of America, as a democracy, demands a higher level of ethics and morals from its citizens. “Just trying to make a buck,” doesn’t cut it. It cynically corrupts our foundations.

What’s more, the harshest truth for those who cling to obsolete technologies might very well be the upcoming economic and environmental boons from renewable energy!

My upcoming novel, ULTIMATE ERROR, is a fictionalized account of a major oil spill in the United States and the domino-effect of catastrophes that follow. Who will protect and steward the great natural resources of our nation? Nobody except you and me.