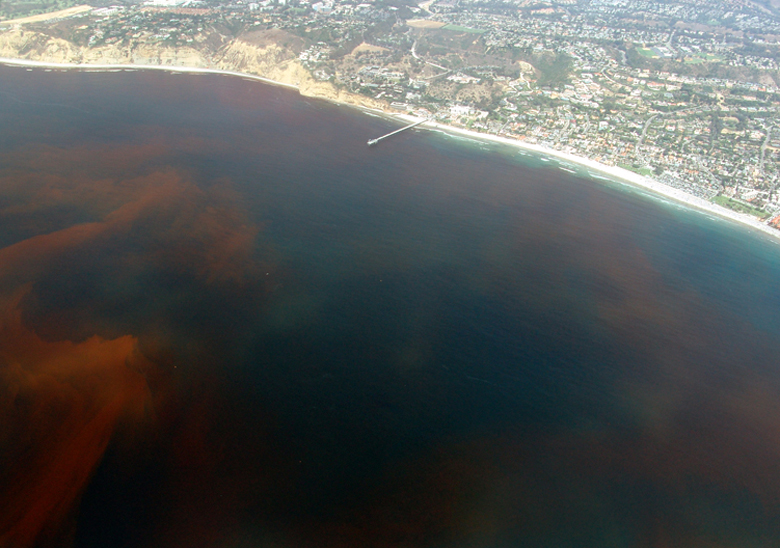 “Dead zones” are not what we want in our oceans, lakes, and rivers

Remember all the excitement when one of the Mars rovers sent back pictures of dry channel patterns that hinted, maybe, there had been a liquid flowing there, at some point, that might have been something like water? The fanfare, of course, was due to the prerequisite presence of H2O in any environment which supports human life.

Isn’t the thought of human life on Mars wonderful? The reasons, including the potential for solving over-population and energy source issues, are many. Wouldn’t it be much preferable, though, to inhabit Mars by choice rather than by necessity?

Perhaps it’s better, then, to look at our neighbor-planet as a possible addition to the human experience rather than a place to which we might “bug out” when the damage we’ve inflicted upon Earth begets damage to ourselves which we deem intolerable.

So, you’d think that, as we search every nook and cranny of a planet 140 million miles away (on average) for even a single droplet of water, we’d be taking extraordinary measures to protect and revive entire oceans, lakes, and rivers right here at home.

Instead, stories like one in the excellent “Oceans” section of National Geographic seem more and more common these days. It describes “some 400 dead zones” which scientists have documented throughout the world.

A dead zone is exactly that – a body of water (or section thereof) that can sustain no naturally-occurring marine life whatsoever. The “naturally-occurring” descriptor is added because massive blooms of algae – some the size of New Jersey – spawned by farm fertilizer run-off and which suck all the oxygen out of the waters they inhabit are, themselves, a form of (destructive, unnatural) “marine life,” technically.

We also have a “swirling garbage patch” in the North Pacific that’s roughly the size of Texas. It even has an unofficial name: The Pacific Trash Vortex. It saddens and disturbs me that there’s such a thing as a Texas-sized “trash vortex” in the middle of the beautiful Pacific Ocean, on our lovely, generous planet. In 2010, another oceanic trash heap was discovered in the Atlantic.

Make no mistake; these are products of human hubris, greed, and ignorance. National Geographic says that policies like “dilution” (simply dumping garbage and trash into the oceans), with its arrogant catchphrase (“The solution to pollution is dilution.”), have brought “a once flourishing ocean ecosystem to the brink of collapse.”

Earth water is also getting warmer, and the ice is melting. Bad news for human beings, who are the biggest, single contributing factor in the warming. That our water is getting more polluted is due nearly entirely to… well, you know who.

The ingenious Mars rovers and brilliant NASA scientists tell us that, yes, there is ice composed of water on the Red Planet. Water-ice, water vapor, and many types of flowing, liquid water also exist on a planet called Earth. For how much longer, though? Will there come a day when Earth rovers take pictures of dry stratigraphy patterns which indicate that, possibly, water existed here many moons earlier?