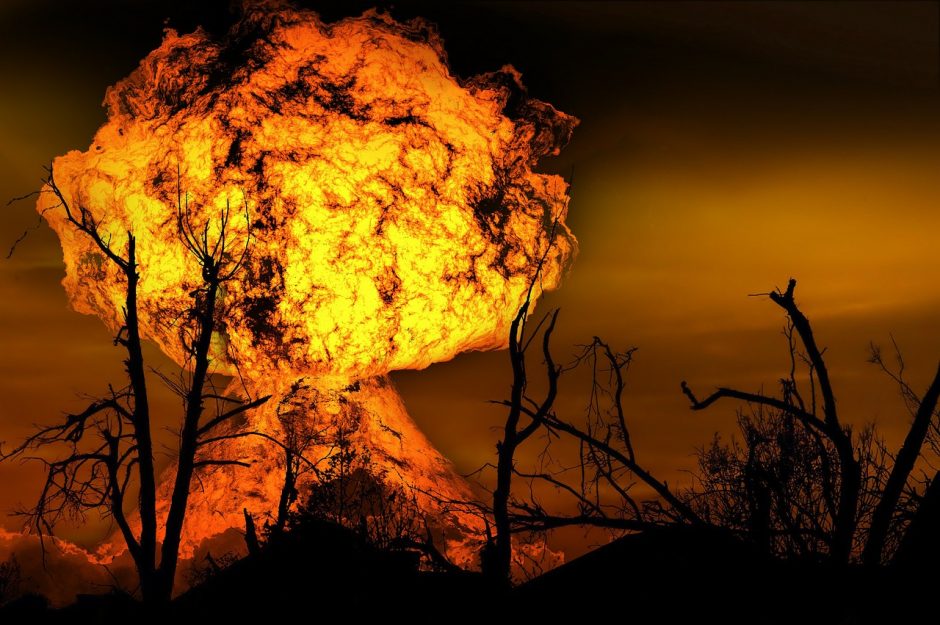 Just yesterday, I was perusing a map, from the Center for Effective Government, depicting five years of U.S. oil pipeline spills. This morning, the entire CEG website is gone! It could be that demand for the map simply overwhelmed their servers, but the blank spaces on other sites where the map used to be sure are eerie.

On Monday, a gasoline line exploded in Helena, Alabama. If that sounds familiar, it’s because it’s the second major accident in that county in the past two months. Same pipeline, same operator. September’s disaster was a spill of thousands of gallons. This one was a deadly explosion. One person dead and five injured, yet the proximity of the phrase “gas prices” to the word “explosion” in articles about the disaster says quite a lot. It’s obscene, really.

It’s true that millions of American commuters have a stake in gas prices, because they affect our budgets. This dependence on fossil fuels for daily living is part of the problem, though. It’s this tremendous demand that gives the oil companies so much power, including the power to do so much harm. Chicken-or-egg arguments do nothing but buy the destroyers more time.

The oil companies benefit immensely from the status quo. “This is how we have resolved these issues in the past,” is a deadly disease of a phrase for efforts at changing—and eventually dismantling—the fossil fuel industry. It’s how Exxon Mobil spills 1,500 barrels of crude into the Yellowstone River in Montana and gets away with paying only a $12 million settlement. For Exxon Mobil, $12 million is the kind of money they can save by switching brands of toilet paper!

Not only that, let’s face it, the total cost of post-spill settlements is calculated into the price of gasoline. The consumer pays the bill for these disasters, and the oil companies simply continue topping lists of the world’s most profitable companies. If Americans don’t want to continue reading about oil and gasoline spilling and exploding into fragile ecosystems like the bayous of Louisiana and the historic rivers of the Great West, we should demand that the polluter corporations be hit with $12 billion settlements for fiascos such as the poisoning of Yellowstone.

Yes, it’s true, we would then see gasoline prices of five, six, ten dollars per gallon, and that is likely part of what will finally get our nation off its casual, everyday use of a patently dangerous product that’s doing no less than destroying the planet. We seem to think that we can reach a cliff’s edge and somehow keep on driving. That’s not how it works. We reach a cliff’s edge and we stop unless we wish to die.

My upcoming novel, ULTIMATE ERROR, is about the lines we have crossed—and continue to cross—as arrogant abusers of the natural world. All-time record-high temperatures, atmospheric carbon dioxide levels, unprecedented floods… most scientists say these points of no return have already been reached. How much farther will we drive along towards the precipice?