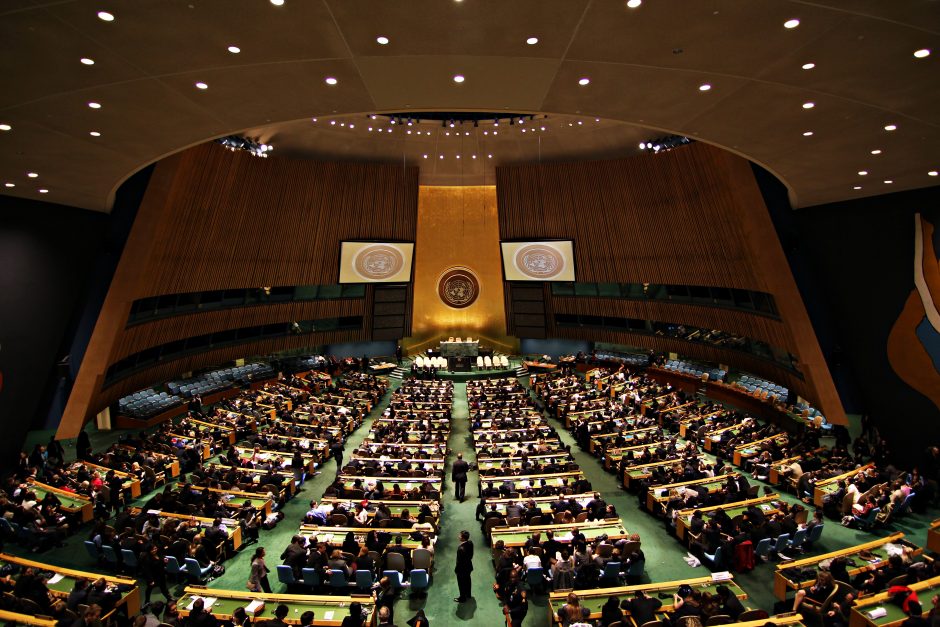 Isolationist and hyper-capitalist sentiment in the U.S. creates friction internationally

The United Nations, an institution whose power is increasingly in question, embarked in December 2016 on an initiative to ban nuclear weapons and, eventually, eliminate them altogether. Even if a ban were to pass in the U.N., though, there’s nowhere near a guarantee that the five “nuclear nations” would comply with its provisos.

In fact, the United States and three other nuclear powers voted against holding a conference on the issue this year. China was the only nuclear weapon state that abstained rather than voting against. Here’s how the vote on the conference went:

If you see a clear pattern of self-interest here, I’d agree. Even North Korea’s duplicitous vote serves them well: They’re loud sabre-rattlers in the wider media, but they lose nothing by quietly voting in favor of disarmament for the sake of their reputation in the U.N.

And there does exist great value in the institution of the United Nations. Somehow, some politicians stateside have twisted its peaceful purpose into representing a relinquishment of autonomy. Stepping back to look at the bigger picture, don’t we have relationships with, and responsibilities to, other countries around the world? The U.N. serves to facilitate ever-improving relationships among nations.

The prevailing attitudes of nationalist factions put priority on profit-making, even in absence of moral considerations and on “not having to answer to anybody” in the international community. These are facile values, of course. Asserting these might feel good superficially and in the short term, but these ideals come at a cost. The cost is to the environment and to diplomacy, among other areas.

Yet, the people that make policy and laws are also politicians. They are well aware that only citizens of this country can vote and re-elect them. So, nationalism has always been a dependable way of getting votes. When an atmosphere of fear has been cultivated, such as in the promoting narratives of criminal activities among immigrants, the strategy is that much more powerful at election time.

There’s a self-defeating arrogance in the belief that the U.S. is just as safe and just as great without our allies. Nationalist, isolationist movements here proclaim that we shouldn’t participate in the U.N. or the International Criminal Court or NATO or the Paris Agreement on climate change. Even “America First,” however, is not equivalent to “America Only.” What kind of nation are we, if we can’t maintain the kindergarten standard of “plays well with others”?

My upcoming novel, ULTIMATE ERROR, is about the decisions that put us closer to, or farther from, the edge of human extinction. When we isolate ourselves as a nation, what incentive do our worldly neighbors have to assist in our survival?