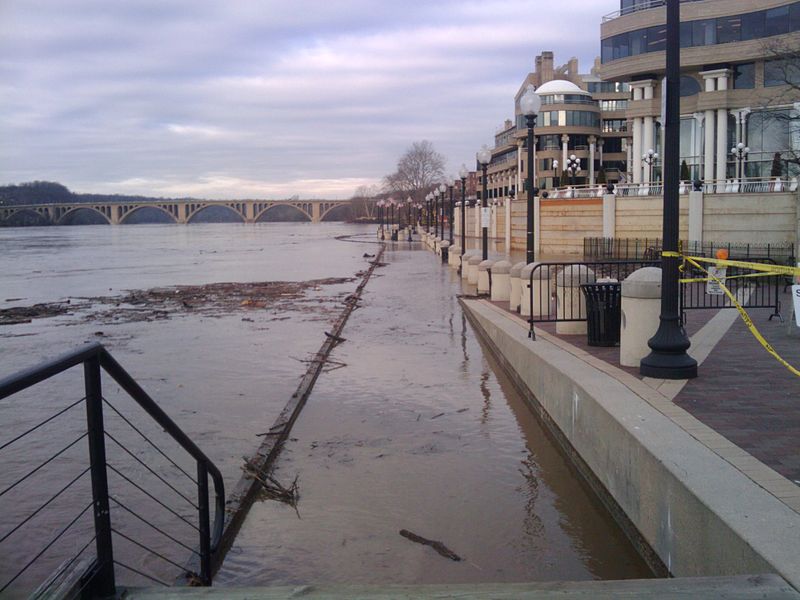 “Foolishness.” That’s the succinct opinion given to Washington, D.C.’s WTOP.com by an American Automobile Association (AAA) Mid-Atlantic representative when discussing some area residents’ insistence on attempting to drive through flooded streets. Two drivers died in precisely that manner during recent flash flooding in neighboring Maryland.

The AAA rep also had harsh words for the self-reported levels of emergency preparedness – or lack thereof – among D.C.-area residents. In a poll conducted last week, neither Virginia nor Maryland scored above 20 percent in residents reporting having both a stock of emergency supplies and a plan for their family – the two most basic, most important elements of disaster preparedness.

The stocking up on a three-to-seven-day supply of items like water, a first-aid kit, canned foods, batteries for flashlights and radios, and so on is recommended ahead of the development of family and community plans in order to prevent getting caught without supplies if a disaster strikes during planning. After family communication and evacuation plans are set, the stockpile of supplies can be expanded depending on the most likely disaster type in one’s area and one’s proximity and accessibility to outside aid.

I applaud the AAA representative for scolding the communities surrounding the nation’s capital. The hazards – both natural and manmade – that we face as Americans are too many and too grave for anyone to adopt a lackadaisical attitude about emergency preparedness.

Here on my ULTIMATE ERROR blog, I’ve written about the high bars for disaster preparedness and resilience set in California, Texas and, most recently, Hawaii. The East Coast is the most populated section of the United States, though, and it should not lag behind the West and Southwest.

On September 11th, 2001, all targets were along the eastern seaboard. The attack on the Pentagon struck the very heart of Washington, D.C. It’s disconcerting, to say the least, that this should be an area where disaster prep is lax. It’s no coincidence that one of the pioneering certified resilient communities in America is Joint Base Pearl Harbor-Hickam on the island of Oahu. Moreover, the nation’s capital ought to set a positive example for the rest of the country.

I understand the demands of modern life. “Busy” is probably the most commonly used self-descriptor among American over 10 years of age, and it’s also a badge of honor. However, “busy” ought not to equate with “too busy to do what’s right.” We’re neither wise nor efficient when we fail to invest in our personal, family, and community resilience.

“First things first” and “Safety first” are long-held American values and for good reason. Our young nation has seen its share of great challenges, from natural disasters, to war, to terrorism. Resilience is highly American, but we ought to always remember the crucial role of preparation in our ability to bounce back from adversity.

My upcoming novel, ULTIMATE ERROR, is about an America that has lost its way in the daily mazes of modern life. There’s danger to a people scurrying in a labyrinth: We’re vulnerable to disaster.