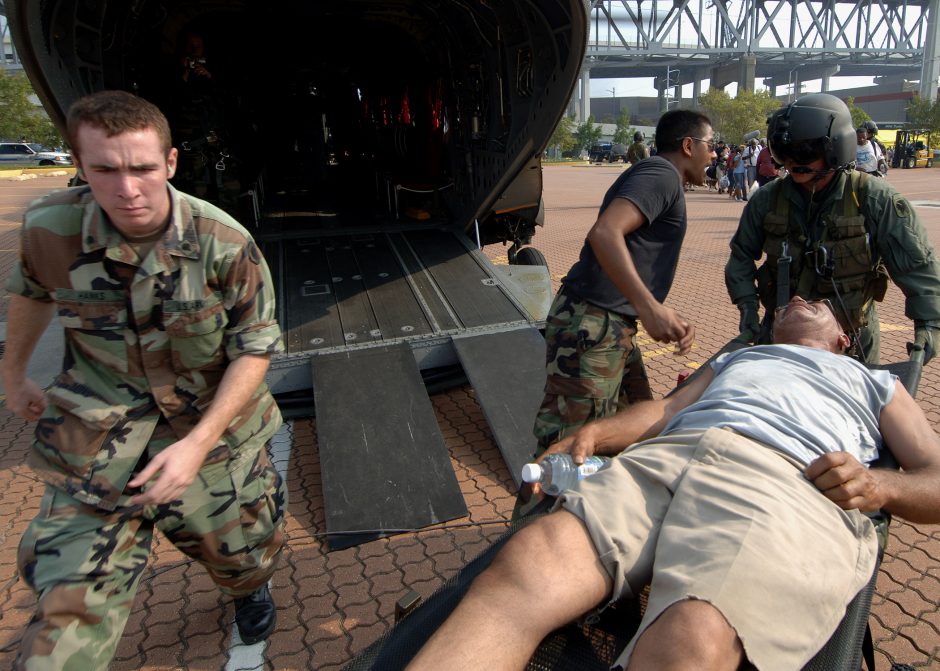 A few days ago, right here on my ULTIMATE ERROR blog, I told you about several admirable disaster prep initiatives going on around the country. Well, the latest one to come to my attention really went big!

The Tennessee National Guard held a disaster preparedness exercise recently which some participants called “one of the largest in the state’s history.” The participants also included area first responders along with local, state, and federal agencies.

In Memphis, the emphasis was on communication and “introductions.” National Guard troops and Transportation Safety Administration (TSA) agents, among others, pointed to the importance of “getting information in and out” of the base where the drills were conducted. Others discussed introductions, which have less to do with courtesies than with getting first-hand experience in an operations center in action and in a large-scale shelter full of disaster “victims.”

According to the National Guard’s website, this type of exercise also seeks to present as realistic a disaster scenario as possible. This particular one was based on a mock major earthquake. Volunteers who stood in as “victims” showed a wide range of “injury” types as well as varying degrees of severity (which tests the triage capabilities of the military and civilian first responders).

At the Memphis home base of the 164th Airwing, which served as the center for operations, commanders expressed satisfactions with the realism of the drills and with the exercise’s relevance to any type of disaster.

Seeing exercises of this magnitude is a great confidence builder for me, and it also ought to be inspiration for neighborhood disaster team leaders, who are responsible for conducting drills and exercises, too, albeit on a smaller scale, of course.

There is simply no substitute for the vast learning which occurs during drills in disaster preparation. It goes back to the idea of “introductions.” The mind, body, and spirit are introduced to the people, situations, stimuli of an emergency. Thus, when the emergency is real, it’s not new to everyone involved. Rather, it feels more familiar.

The time to begin prepping is now. With the advent of a warmer planet, natural disasters are more likely than ever. Not to mention that we seem to be in the cross hairs of wildly belligerent, extremist forces within and without the United States.

Seismologists say several faults within the U.S. are “overdue” for a major event. We’ve seen, simultaneously, deadly floods in the Mid-East and deadly wildfires up and down the entire length of California. These are only the most recent examples of what the overwhelming majority of atmospheric scientists say are effects from the Super Niño caused by warming waters in the middle of the Pacific Ocean.

I emphasize again that these are not scenarios that are approaching. They are upon us already. We have intermittent opportunities to prepare, but no time to delay.

My upcoming novel, ULTIMATE ERROR, is an exploration of mankind on the verge of existential catastrophe. Will we rise to the challenge of saving ourselves and saving the Earth for our children?