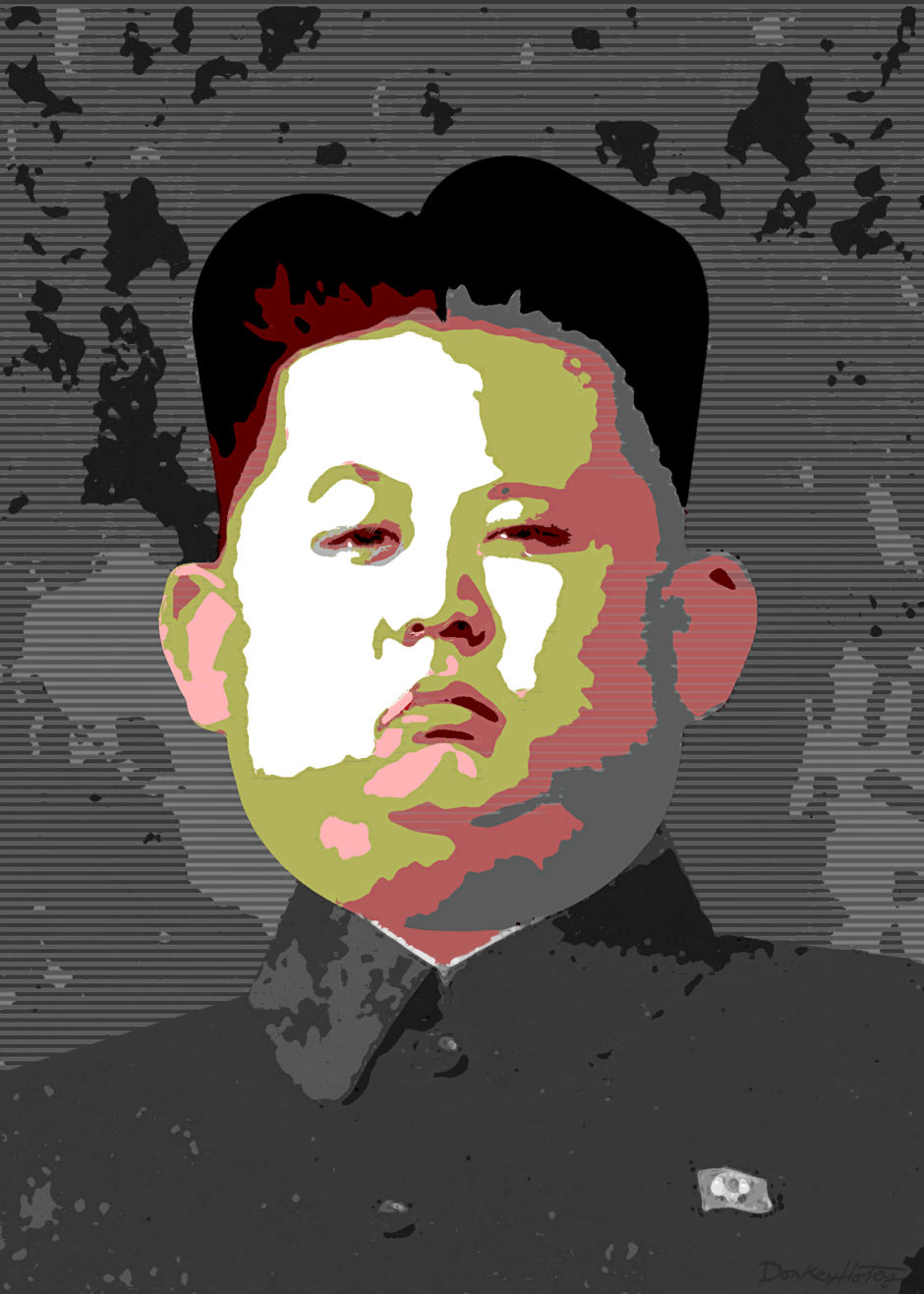 Remarkable are the effects of political nepotism and delusional entitlement on the minds of despots. They’re inclined to see the public at-large as a great impediment to their doing exactly as they wish at all times. Psychopathic spoiled brats handed the mantle of tyranny by their psychopathic forebears maintain a relationship with the public for the sole purpose of sociopathic manipulation.

In between the two threatening messages to the West, Kim found time to break some news to North Korean citizens – of all people! Essentially, his message was that they should brace for another famine, perhaps along the lines of the one in the mid-1990s (during Kim’s father’s reign, in which the elder Kim [Jong-il] regularly deposited a percentage of North Korean trade revenues into his own personal account).

Kim Jong-un even went so far as using the same euphemism his late father-tyrant used for the famine he oversaw. “We may have to go on an Arduous March, during which we will have to chew the roots of plants once again,” Kim warned.

His series of announcements appears very purposeful – and manipulative. The truest of the statements is very likely the “Arduous March” (famine warning). He attempts to create distractions before and after it, in order to lessen the impact of the dire situation. Those of nationalistic inclinations will indeed find the propaganda video and the ICBM claim good fodder for conversation, at least until the toll of nationwide starvation becomes so large that no one wants to hear fantasy talk about bombing the U.S.

Meanwhile, as if straight from the pages of George Orwell’s prescient novel Animal Farm, “everyone in the country is being ordered to provide two and two-fifths pounds of rice to the state’s warehouses every month,” reports South Korean newspaper Chosun Ilbo. What a glaring example of the people working for the good of the government, rather than the other way around!

It may seem like an obvious statement, but as a civil society, we must begin stopping psychopaths before they amass too much irreversible power. My social psychologist colleagues point out that psychopathy is magnetically attracted to power. People with this illness will and do seek out the highest positions in legislative, judicial and, especially, executive branches of government.

Certainly, authentic psychopaths with access, or who want access, to “the button,” like Kim Jong-un and his ilk, qualify as potential culprits in what I call ULTIMATE ERROR. This is the overall, daily risk we face, as humans on Earth, of a worldwide catastrophic event. My upcoming novel, titled ULTIMATE ERROR, explores these issues in fictionalized form.