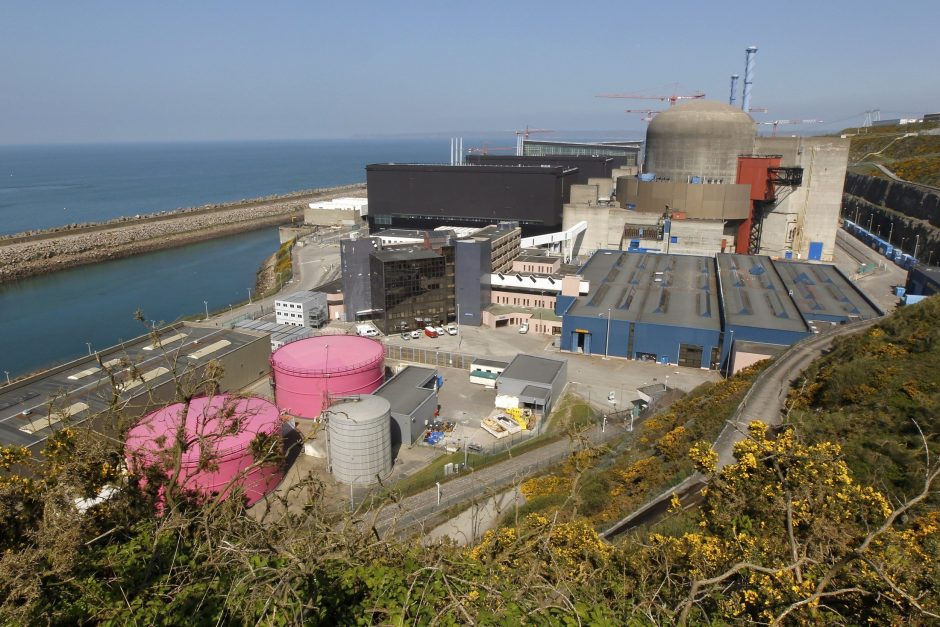 Tangled up in bureaucracy and mired in controversy, Électricité de France (EDF) has been unable to resolve major hazard issues over several years, and now it has blown up in its face—literally, with respect to the poor souls injured in Thursday’s blast at the Flamanville nuclear plant. I have reported and opined on France’s continuing nuclear power plant problems on more than one occasion here on my ULTIMATE ERROR blog.

While Flamanville sits on a peninsula in northern France, relatively distant from its most vociferous critics, Belgium and Germany, it’s only 100 miles south of Bournemouth, England, across the English Channel. French authorities, however, have been quick to allay fears and assure all its neighbors that the explosion was “mechanical” and not nuclear.

Flamanville is one of many older French nuclear power plants fitted with faulty (high-carbon) steel parts manufactured by a French forge Le Creusot. A subsidiary of the contractor Areva, S.A., Le Creusot has provided parts of compromised quality to nuclear plants throughout the world, including the U.S. and China.

The parts in question are several, but most notably they include steam generator components crucial to cooling radioactive material. The 1979 core meltdown at Three Mile Island nuclear plant in Pennsylvania was caused, in part, by failure of steam generators. The U.S. Nuclear Regulatory Commission (NRC) has mounted an investigation into which domestic power plants have installed the defective Le Creusot parts.

Meanwhile, Belgian and German government officials are decrying the Flamanville explosion, pointing out that they have been urging France to shut down its oldest plants for years. Their reaction is understandable. There is no such thing as a safe explosion at a nuclear power plant! The fact that radiation seems to have been contained at Flamanville only means that, despite injuries to several plant workers, EDF, its employees, and area residents were fortunate this time.

All of this comes simultaneously with the harrowing news out of Japan regarding current “unimaginable” levels of radiation at the site of 2011’s Fukushima nuclear disaster. New radioactive fuel leaks are to blame for the high levels there, according to early reports.

Though Japan did a stellar job in response to the original catastrophe, questions persist as to the wisdom of building the nuclear plant on the coast to begin with. Flamanville is also located on a coast, on the northern French peninsula of Cotentin. However, the English Channel is not an earthquake- or tsunami-prone area, two factors that triggered the triple-core meltdowns at Fukushima.

We know from experience in these matters that the businesspeople in the room often have the loudest voices. Unfortunately, their concerns over safety often far outweigh their concerns for profits.

My upcoming novel, ULTIMATE ERROR, is about the razor-thin line between accident-free, everyday life and widespread disaster. Who are the people who play with fire daily, pushing away thoughts of the millions of lives they endanger?