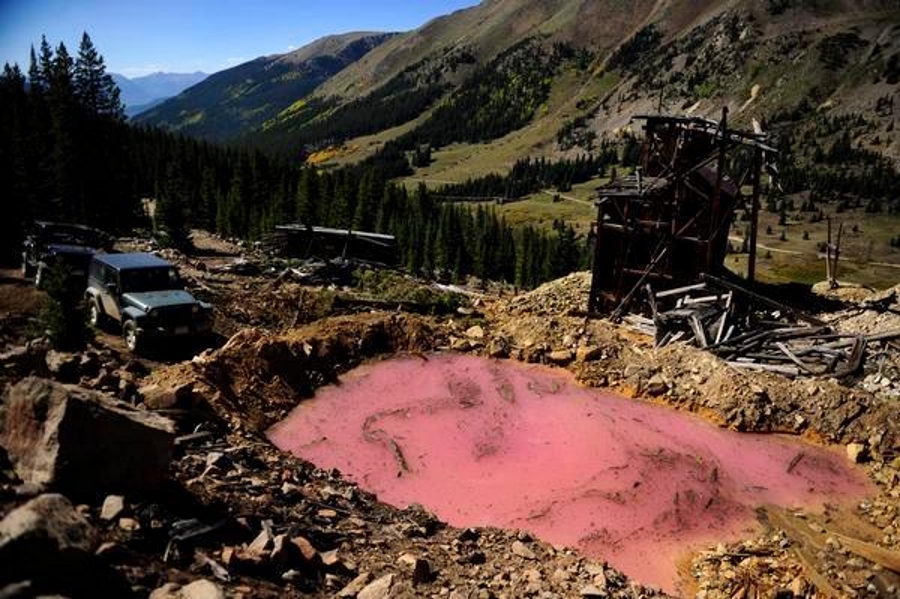 When it comes to the nation’s abandoned mines, cleanup can be anything but clean

The varieties of tragedies at the United States’ half-million abandoned mine sites boggle the mind. Each layer of disaster compounds the damage of every other layer. Each of the 500,000 estimated mine sites is a multi-million-dollar clustermuck left for taxpayers and government agencies to clean up at their expense.

Why? Because the mining companies are allowed to do their damage and simply leave with the profits. They’re allowed, through lack of regulation and enforcement, to leave all manner of contaminated water and soil—of their doing—right there on site and just move along. That’s only one layer of the problem.

Putting it in reverse for a minute, the original problematic layer is the mining itself—the process of which creates poisons, pollution, and toxins of a hundred different names. The next layer is unfortunately the attitude of most mine lessees and operators towards the byproducts of mining anthracite. Instead of looking at the pollution responsibly and taking appropriate mitigation action throughout the process, most mining operations take a decidedly “burdened” tack. Somehow they convince themselves that they oughtn’t at all to be responsible for contaminating the sites they exploit for staggering profit!

So they drag their feet, do as little as possible to reduce and remove toxic heavy metals and other dangerous chemicals, and try to get away with as much as possible. This brings us back to the layer at which the mining corporation decides an area has been fully exploited. Time is money, and they love their money. They’re gone. Only the mountains of ravaged earth and vast pools of contaminated water remain.

Now comes the part where an underfunded government bureau, in this case the Environmental Protection Agency (EPA), is tasked with cleaning up the sites—all 500,000 of them—as a sort of odd, convoluted, corrupt favor to the private mining corporations. The contaminations nearly always include massive quantities of arsenic, mercury, and other heavy metals in water and soil. The EPA’s task is beyond monumental, and they don’t always do a great job. In fact, often far from it. Their 2015 spill of three million gallons of contaminated water into a river in southwest Colorado is but one example of thousands of cleanups gone wrong.

Here was one site, holding at least three million gallons of water contaminated with lead as well as the other poisons, at the time the mining company left! Common sense tells you that the mining corporations shouldn’t be allowed to leave anything like that behind. But common sense and government haven’t even a nodding acquaintance.

In recent months, voices calling for the dismantling of the EPA and other environmental protections have grown louder at the prompting of the Oval Office. Though the EPA has made terrible mistakes in their unenviable tasks, simply letting the poison run into the soil and rivers certainly doesn’t bode well for the America of the future. But then, many of the politicians, corporations, and investors decrying regulation will also be gone before long.

My upcoming novel, ULTIMATE ERROR, is about existential threats to the human species, including disaster “cleanups” gone horribly wrong.