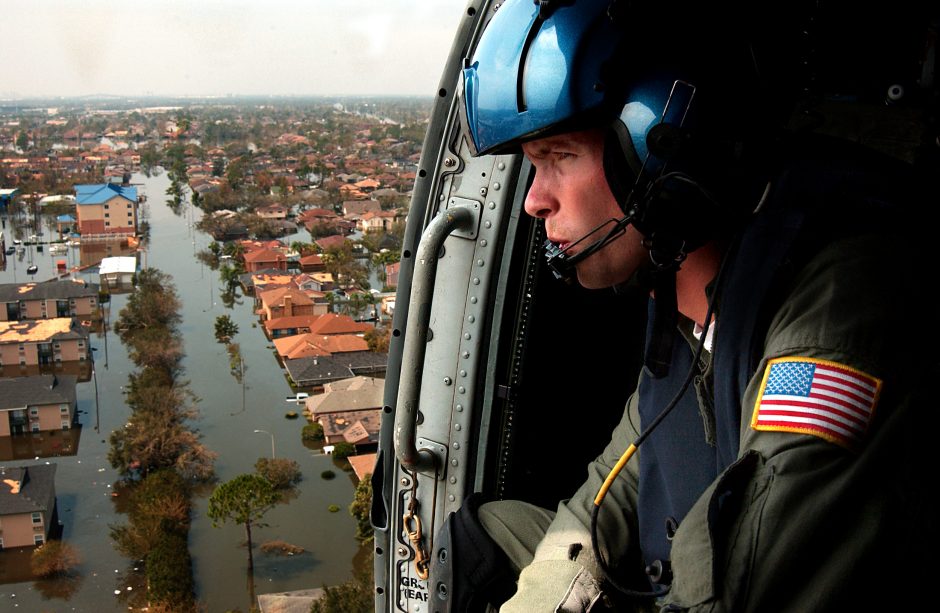 Americans obsess about Trump and President Obama while Louisiana suffers

I suppose only time tells whether presidential election years are healthful catharses or damaging belligerencies for the American people. In 2016, among the one million controversies, we have managed to formulate a minor battle over President Obama’s mediate visit to flood-battered areas of Louisiana.

So, now we’re arguing about the president again. It’s a lengthier and much more earnest discussion than the one about why these floods were historic in their breadths and depths. July 2016, you see, was the hottest month ever recorded. Ever. Also, each of the fourteen months immediately preceding July 2016 was the hottest ever recorded for that month.

We, the people, it seems, prefer to sit in our armchairs and criticize the “other” team’s quarterback, instead of getting up and doing something about our ill planet. The sporting grievances about the president are not merely “political competitiveness.” They are irresponsibility, and they are even a glimpse of what one might call the secret American death wish. Do we love Armageddon too much? Is that why we love to examine with a microscope, during disasters, every action or inaction of presidents and those aspiring to the high office.

No one denies that President Obama, without delay, dispatched the director of FEMA, the Department of Homeland Security chief, and one thousand federal emergency management officials to Southern Louisiana last week. The excitement, for some, comes from the fact that the president was on vacation and stayed on vacation during the emergency.

The juxtaposition of photos of the president playing golf with images from the disaster is what we Americans really “get.” At the risk of adding insult to my rather scolding tone here, this simplistic level of understanding is unacceptable.

For example, it seems only a small percentage of those expressing opinions on internet and traditional media have scratched the surface of this story sufficiently to discover that, when President Obama phoned Louisiana Governor John Bel Edwards during the early hours of the emergency, Governor Edwards suggested it would be better for the president not to visit at that time.

The governor was concerned that important public resources needed for rescues and recovery would have to be diverted to the extensive preparation of a presidential visit. The president deferred to the informed decision of the highest Louisiana official, who happened to be managing the emergency on the ground in Baton Rouge. The problem for many of us is that when two “good guys” cooperate and do the right thing, there’s no controversy and certainly no drama in it!

We must always remember that we, the people, are the real leaders of our nation and, as such, we are responsible for educating – really educating – ourselves on all the important issues affecting our country. This requires effort (good citizenship). We simply cannot make our crucial decisions about governance based on internet slideshows and tabloid headlines, unless we want a weak, tabloid democracy.

My upcoming novel, ULTIMATE ERROR, is ultimately about human triumphs and human failings. Which of the two will have the final word, now that we are faced daily with the extinction of our species?