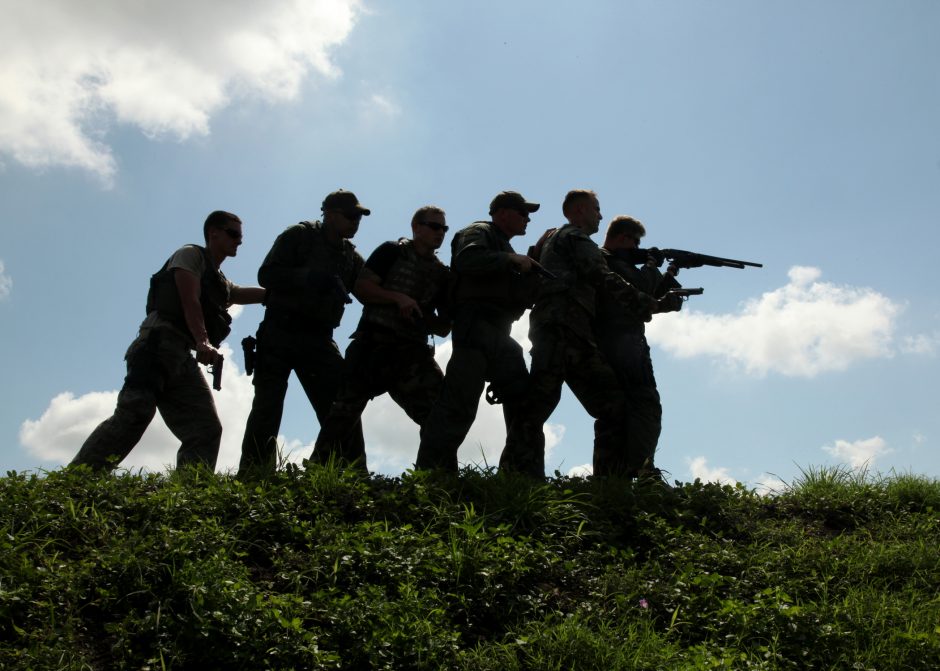 Last time at Port Fourchon, Louisiana: The fire department’s hazmat crew chief, Lieutenant Laurent Pinyon, saw what his junior firefighter had seen: a neon green cryptozoological specimen with the height, the width, and possibly the weight of an old dumptruck, stomping up the bayou, away from the sea and toward them, looking pissed about God only knows what.

Pinyon ordered his crew to retreat as 72-year-old security guard and retired cop Murray Landau lay in a pile on the ground, as still and peaceful as a dove fallen back to Earth, shot and dead long before it hit the dirt.

The cops had heard something over the radio… “shots fired…” “man down…” “suspect in the vicinity…”—way more than enough to pique their interest and get the posse rolling. The sleepy, south Louisiana bayou town hadn’t seen action like this since, well… never.

Murray Landau, who some of the older officers remembered from the good ol’ days, began to stir now, like a snake starting to uncoil. Sergeant Julius “Mack” McNamara put a hand on Murray’s left arm. “You okay, Landau?” Behind the sergeant, officers burst out of their cruisers, some with their service pistols drawn, others carrying shotguns. It would have been shocking if no one had thought it a fine idea to take a pop at Big Green. As it turned out, 10 of the 14 cops present thought it best, the moment three of them simultaneously pointed him out.

Green lumbered through the hail of projectiles, hollow-pointed and otherwise. He hardly missed a step, but the cops noticed that each bullet tore loose a blob of Big Green’s goo-body, and the sight encouraged them to keep popping away. A small black cloud of gunsmoke rose above the cluster of bald cypresses. An unwitting signal to the spirits of the Chitimachas.

It’s just as well, because the Port Fourchon Police Department was going to need all the extra help it could get, terrestrial and otherwise. Once the men had gotten just plain bored with shooting at the thing, Sergeant McNamara shook his head and pointed toward the bayou. “You see that, Landau?” Each and every globule, large and small, ripped from Green by a bullet was throbbing. Inhaling and exhaling. Dutiful, flustered huffs. Some commenced on crab-like ambulation. There were a hundred of them if there was one. “Dammit,” said the sergeant softly. Murray went back to sleep.

My upcoming novel, ULTIMATE ERROR, is about the myriad, sundry hazards of fossil-fuel addiction. The verbal warnings and ultimatums of scientists have been met with yawns from the general public. Will it take a catastrophic ERROR to get the attention of the gas-guzzling populations?