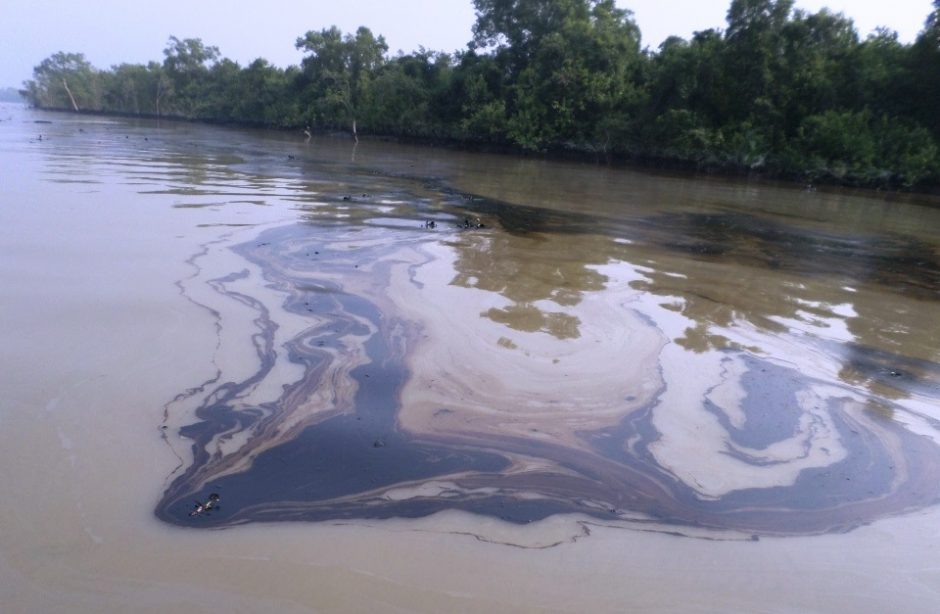 Last time at Port Fourchon, Louisiana: After the PFPD had gotten their rocks off via levelling 150 semi-automatic rounds at Big “Papa” Green—the bayou bacteria giant born from a spill of Select Oil Company’s barrels of petroleum-eating microbes—they looked on in dismay as Green walked across the bayou’s edge picking up the globs of slime that had been ripped from his body. He kneaded them together and thus created four new “sons of Green,” all of which were about Papa’s size. Which is to say the size of a Mack truck turned up lengthwise so as to reveal its undercarriage. At the sights of the five giants, Sergeant Julius McNamara called on his officers to retreat the blazes out of there.

Land assault having failed, the Port Fourchon Police Department put in a call to United States Coast Guard Sector New Orleans, even though Big Green and sons were dry-foot subjects. The Greens had done no harm, really, but their mere cryptozoological presence—their size, multiplication abilities, and comfort with being shot a hundred times with high-powered rifles also figured into it—made Sergeant McNamara… uncomfortable enough to quickly call somebody.

That evening, USCG Sector New Orleans, dutifully and with the expected quantity and quality of chuckles and chortles, deployed a 25-foot rigid-hull inflatable (RHI) boat with a two-man crew to go have a looksee at what in hell PFPD had been going on about. They approached the foot of the bayou with a swagger that betrayed the fact that their “mission” was one of personal curiosity more than anything else. They already knew that whatever they found—in the unlikely event that they found anything; bears, alligators, a pack of prankster kids—the Coast Guard would not be responding any further. They’d put a radio call to Louisiana Fish & Wildlife, more likely than not.

The RHI’s pilot let off the throttle and the boat slid and swayed softly on the calm surf about 200 yards out from shore. The co-pilot stood up and flipped the switch on the searchlight. The bayou’s edge revealed its details like it would on any sunny afternoon. Except something looked out of place. And sounded out of place. With the boat’s motor cut off, the men caught wind of something like a song; a canticle in chorus; soft, repeated refrains. They couldn’t make out the words, but they could see where it was coming from: What they had thought were fishermen’s lanterns now appeared to be a circle of upright… beings, holding hands and swaying as they sang their prayers. The group glowed green.

My upcoming novel, ULTIMATE ERROR, is about the unintended consequences of humankind’s incessant thirst for petroleum. Every step in the process of procuring and consuming oil carries its own particular risks. That even includes oil-spill “cleanups.” The old platitude “Don’t mess with Mother Nature” gets buried over and over again by the monied interests. Perhaps they hide it, even from themselves, in the holes they leave in the ground.