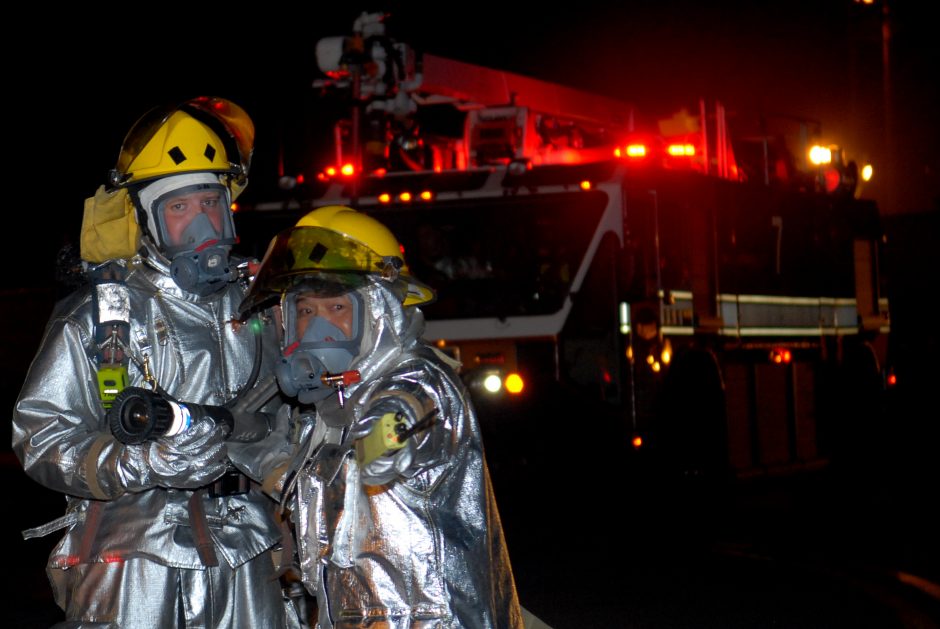 Murray Landau, a 72-year-old retired cop and security guard fell asleep and dreamed of chicken Parmesan while an unknown group of saboteurs bearing AR-15s and nightscopes shot up the 125 barrels of petroleum-eating bacteria swimming in saltwater that the guard was supposed to… guard.

Murray managed to radio in the event, and the local hazmat team arrived to find something shocking working its way up the bayou.

Warren Pascal, the junior firefighter on Lafourche Parish Fire Department’s hazmat squad dropped a flaccid firehose and rather absurdly put his hand over the general latitude and longitude of his mouth, as if he weren’t wearing—as part of his full, safety-silver decontamination suit—a North Safety hood with Primair 100 and clear plastic face shield. The gesture caught the attention of the senior on-site firefighter, Lieutenant Laurent Pinyon, who had been barking orders at two other men on his crew. When Pinyon saw what Pascal was gawking at, he also raised a hand towards his own face, but decided to stop short at the bib of the hood, tugging downward on it as if to adjust the attached facemask, though it needed no adjustment.

“Big Green,” as it would come to be known, could have been some awkward, lonesome member of another jurisdiction’s hazmat squad—a former pro football player—if you squinted hard enough. But no one at the Macondo site was squinting, least of all Murray Landau who, when he caught sight of Green, promptly crumbled to the ground like a classroom skeleton let off the hook in a syncope that, we can hope, reunited him with his beloved chicken parm. Even Warren ducked and stared, rapidly recalculating in his mind his size estimates of Green: easily between 13 and 15 foot tall, closer to 7 foot wide, and carrying 950 pounds on his frame if he weighed an ounce. Frame? Did they even know if he had a frame underneath the neon-lime goop that sloshed around his body, every 30 seconds or so sloughing off a blob here, a glob there.

Lieutenant Pinyon finally blinked, and it seemed to him like he had forgotten to do so during the previous quarter hour. He blinked again, and his former-Army battle instincts kicked in. Unknown enemy. No reasonable explanation for its presence 75 yards away. If lurching along, nevertheless its heading was roughly toward the troops’ coordinates—crew’s he meant. The situation called for firing ordnance at the target, no doubt about that. But all Pinyon’s crew was armed with were firehoses and a couple of axes.

Lieutenant Laurent Pinyon breathed in deep through his nose and issued fire from his mouth into his radio: “Retreat!!!”

My upcoming novel, ULTIMATE ERROR, is about the existential risks of a petroleum-dependent population. What part of the process—from prospecting parcels to burning billions of barrels—isn’t harmful to man and nature? And what about the dozens, if not hundreds, of ways in which the fossil fuel industry can cause a widespread disaster? Even cleaning up oil spills comes with its considerable hazards. All it takes is one catastrophic error…