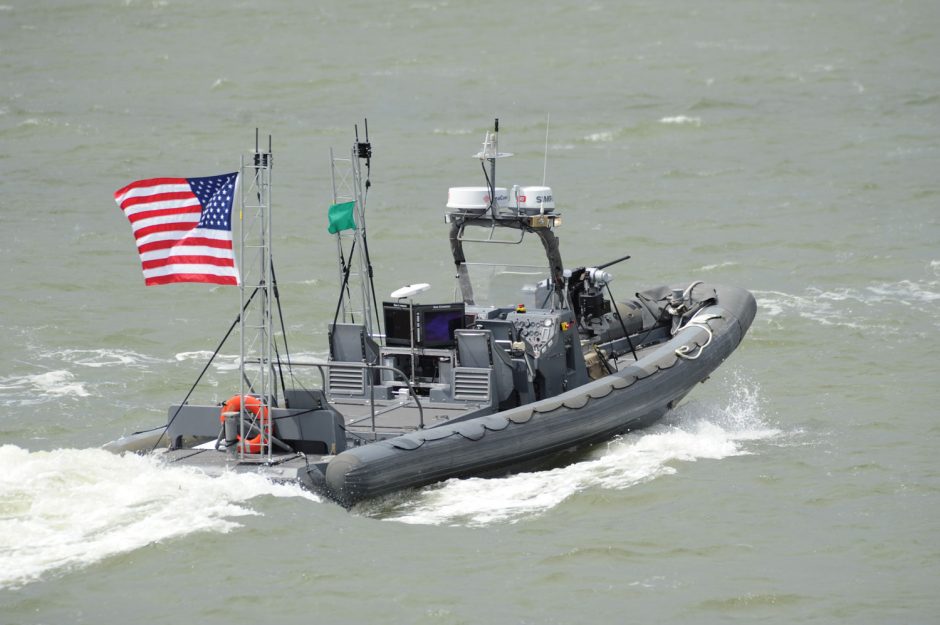 Last time, at bayou’s edge, Port Fourchon, Louisiana: Having seen way more than they bargained for, and having retreated from the scene of Select Oil Company’s staging area, Port Fourchon PD put a call in to the United States Coast Guard. Wondering if there was “a full moon out or something,” USCG Sector New Orleans command shrugged and sent two seamen on a light inflatable boat to the area. The chuckles and chortles of the captain and his mate were cut short when they saw a group of superhuman-shaped and -sized beings in a circle. They glowed green in their ritual chant.

Some military- and police-types react to surprises by shooting at the surprise; Am I stating the obvious here? Never mind that the local police department had already trained its guns on Big Green and blasted him to the effect of creating five 12-foot tall slime men where there had originally been one. Assistant Squad Leader Stacy “Chump” Mumford jumped at the M-60 machine gun mounted on the small boat’s bow. He opened it up and sprayed 50 projectiles from the 7.62mm cartridges in five seconds flat in the general vicinity of the neon Green family.

About 20 clean hit green slime and, as you might expect, the creatures matter-of-factly reached to the ground and started balling up a new set of brothers from the globules. They made two full-sized siblings, and now they were a family of seven, walking together, stalking forward, up and away into the mangroves.

With no warning, Captain Marlon “Fish” Dixon pushed up hard on the throttle and the small boat lurched forward. Chump, though he would very much have liked to, couldn’t keep hold of the rifle stock and flew aft-backwards, landing on his haunches just forward of the wheel. “Sorry, there, bud!” said Fish, as he yanked the wheel to leeward, this time sending his mate rolling starboard and pointing the boat homeward. Full throttle now, with the outboard diesel roaring, the boat’s uplifted nose gave the impression that it had smelled something it didn’t like.

Green & Sons wandered northward and, eventually, onto Chevron Road in Port Fourchon proper. From a distance, they looked like a Mardi Gras float gone astray. Workers along the route were taking up positions when Mack McNamara’s cruiser screeched onto the main drag. “Don’t shoot at ‘em,” he pleaded through his bullhorn. It didn’t do any good. If he thought the people of Port Fourchon were going to hold fire while seven slime monsters marched up Chevron like they owned the place, he had another thing coming.

My upcoming novel, ULTIMATE ERROR, is about the unexpected consequences of petroleum spills. The bayous and estuaries of our nation are the cradles of life. Yet, often they are places where the oil industry treads heavily and sloppily. They spill toxic petroleum into the delicate ecosystems, and even their “cleanup” efforts sometimes damage marine life for many decades. Too often, the oil interests rely on their advantage of “out of sight, out of mind.”