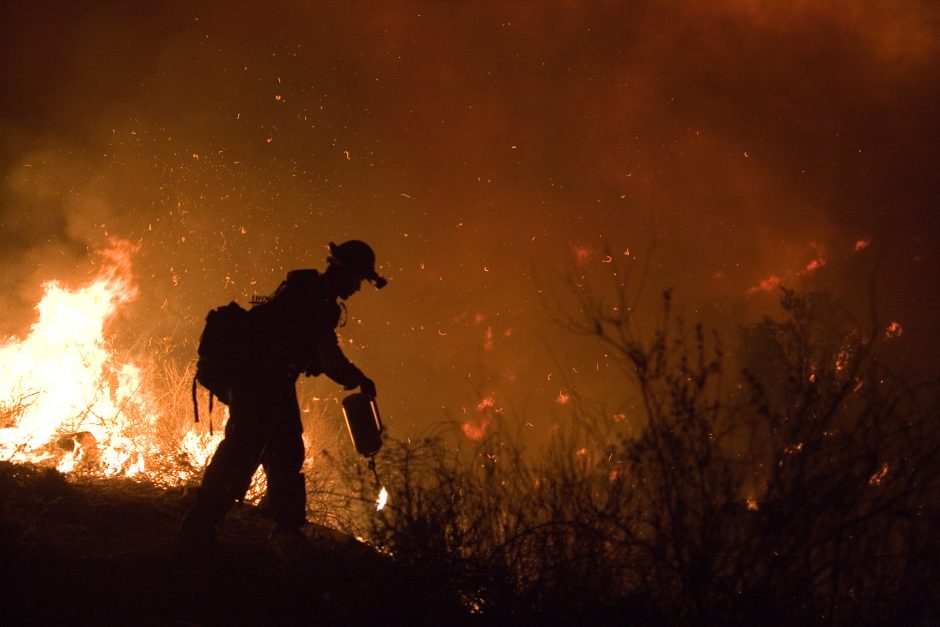 And when ye shall hear of wars

and rumors of wars, be ye not troubled:

for such things must needs be;

Apocalyptic scripture sits readily on the lips when big floods hit. Fire, too, is a biblical symbol of damnation, among other things. The U.S. sometimes seems a world leader in the gospel of Chicken Little and inevitably the old signs (ironically) come out: “The End Is Near.”

Just how “near,” of course, is subjective. And damned if we irresponsible humans – horrendous stewards of the natural world, in the latest tally – don’t want to blame the entirety of it on God!

Most of the sadness and desperation in the West Virginia floods of the past few days surely derives from the loss of 25 souls (so far). Some other of it, though, mixed with frustration, must come from the quiet knowledge of why a “once in 1,000 years” quantity of rain, according to meteorologists, fell on the great hills and narrow valleys of the Mountain State.

California, meanwhile, is on fire. Seventy thousand acres have been destroyed as of Monday, from near the state’s northern border with Oregon to its southern border with Mexico. Could these extraordinary infernos have something to do with record heat and drought conditions?

Flooding in the east. Fire in the west. The central plains aren’t exempt, either.

Forecasts call for severe thunderstorms and continued flooding this week in Goodland, KS; North Platte, NE;  and Rapid City, SD. Less intense, yet heavy, rains are set to douse a vast area of the country, including the southeast tip of Wyoming; southern South Dakota; nearly all of Colorado, Nebraska, and Kansas; central and southern Missouri; northern New Mexico and Texas; all of Oklahoma; and northern Arkansas.

Yes, these indeed are the increasing effects of global warming. In part, these events are direct results of climate change. (It’s summer – a very hot summer in the Northern Hemisphere, after all.) Another part of all this: the so-called Super Niño, bigger, hotter, and wreaking all kinds of havoc from its perch in the Pacific.

We’ve witnessed these Super Niños causing catastrophic droughts and horrific floods in Africa. Sometimes even within the same region of Africa. It requires no stretch of the imagination to correlate the American droughts and floods with their African counterparts.

We’re tempted to give ourselves passes for greenhouse gases. The problem there is that it makes it way too easy to pass the buck on fixing the problems we’ve made. A convenient interpretation of Revelation? Will that seal the fate of the species? Or will we acknowledge that nature – God or whatever name you prefer – has loved us and has only loved us? That we have received innumerable gifts of the highest order, and that the trampling upon them has been by our own arrogant feet.

My upcoming novel, ULTIMATE ERROR, looks at mankind’s hand in bringing life on earth to the brink of extinction.