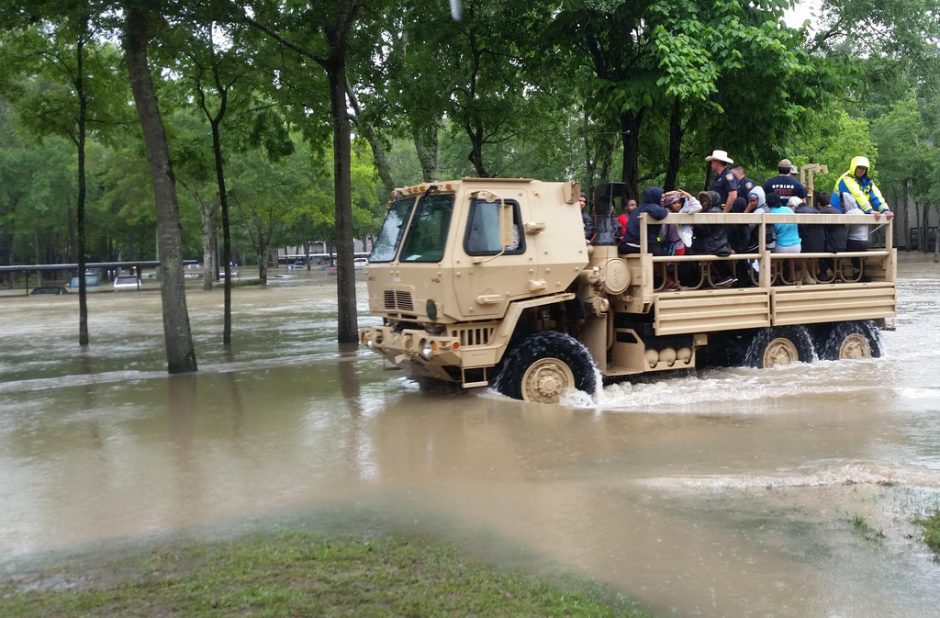 In his shows, American (by way of England) comedian John Oliver puzzles over what he describes as “America’s problem with facts.” The crux of the bit – funny, in part, because it’s true – is that, when faced with a fact, Americans immediately treat it as an opinion. “No,” quips Oliver, assuming the voice of the people, “we must find something better than that.”

Of course, there’s humor in absurdity, but there’s also the absurdity of certain human behaviors that cause real harm. This is perhaps most evident recently in the varying degrees (no pun intended) of climate change denial.

Sadly, as the American people ever so gradually arrive at a modest consensus about the fact that global warming is real, climate change is accelerating. The fact that fossil-fuel industries are basically conducting business as usual is not encouraging. We’re now in the unenviable position of losing a game of catch-up in which our children and grandchildren may pay the ultimate price.

The article leaves no doubt about the role of global warming on the Texas, Maryland, West Virginia, South Carolina, and Louisiana floods of 2016. “We may, in other words, already have shifted so far into a new climate regime that probabilities have been turned on their head,” says the author. Past data, based on thousand-year events and hundred-year events, is fast becoming moot.

Climate change – I prefer to call it global warming – is always combining with regular weather variations. As the EDF describes it, the warming “supercharges” variations and phenomena such as El Niño. So-called Super El Niños set into motion alternating droughts and floods, such as we’ve seen recently in the United States. The warmer the waters, the stronger the storms. We are well into the period in which the consequences of global warming have begun and have begun to accelerate. These are the facts, and they indeed are not open for debate. We may debate what to do about global warming, but even there we ought to mind the clock.

Right now, as John Oliver puts it, we act as if we need poll results to tell us whether or not owls exist, if 15 is a larger number than five, and “Are there hats?” Comedy aside, we can’t deny that the psychosocial category to which treating facts as opinion belongs is ignorance. We must overcome this character defect if our great nation is to reach its high potential.

My upcoming novel, ULTIMATE ERROR, is about human response to catastrophe. Are we comfortable in denial? Are we paralyzed by fear? Or, will we finally take timely, effective, and decisive action to save our species?