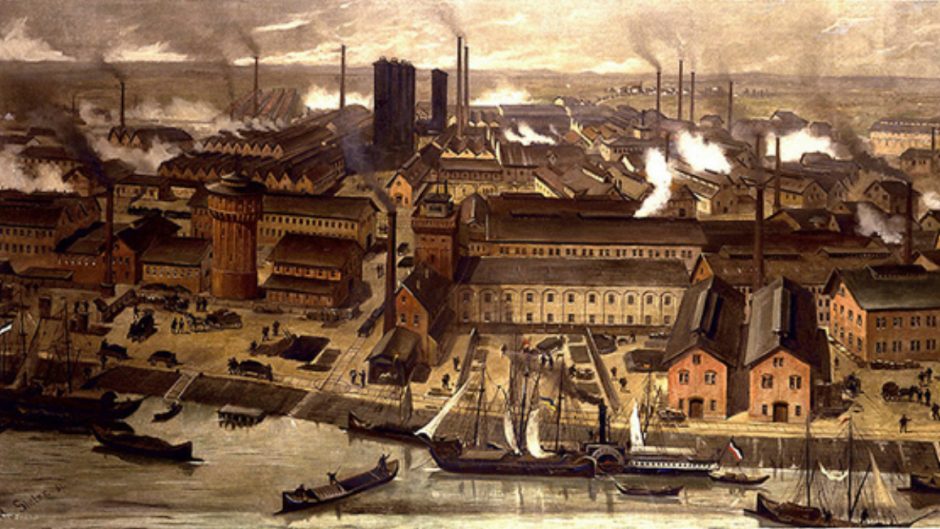 How much has modern man influenced the Earth, its geology, its atmosphere, its oceans? According to a broad consensus of scientists worldwide, so much so that they believe we are living in the “Anthropocene” epoch of natural history – anthropo-, from Greek for “human” added to the Cenozoic era suffix “-cene,” from Greek for “new.”

The Cenozoic (or “new life”) era began 66 million years ago and extends to the present day. Officially, the present epoch is known as the “Holocene,” (or “entirely recent”) and began nearly 12,000 years ago. By all accounts, that designation will be changing soon.

I think the idea the Anthropocene epoch is fascinating, mainly because it immediately puts into perspective the changes mankind has wrought upon the planet. Who could argue the massive changes in all areas of natural Earth in the past 2,000 years? Human population growth, migration, agriculture, the Industrial Revolution, technology; and, of course, along with it all, pollution, pollution, pollution.

If I might indulge in a moment of cynicism, the Anthropocene nomenclature becomes even more apropos if and when humans cause much of life on Earth to cease. If a significant human population ever propagated after such a catastrophe, it would be of paramount importance that their knowledge be reinforced on the epoch of mankind when all went disastrously wrong.

In contrast, the Holocene epoch includes the entire written history of man, which long predates the Industrial Revolution. Clearly, at latest, that point in time marked changes which led to the current state of mankind and, especially, Earth. One might argue that the 12,000-year-old Holocene better describes the Earth before humans invented gas-powered motors and began pumping massive amounts of carbon dioxide into the atmosphere. You could add to that the effects of thousands of major industrial accidents, oil spill, etc.

The leading scientists on the Anthropocene designation take a pragmatic approach: It’s common sense that humans have changed the world from “entirely recent” to “recently human.” We’ve manipulated the natural world to suit our own needs and wants. Except, as often happens, there have been unintended consequences.

A recent article on Smithsonian.com asserts that human activity may literally be moving mountains – albeit accidentally. Fault lines are lubricated by precipitation, they explain, so man’s influence on rain amounts could indirectly cause the faults to slightly push up mountains.

Many of the other unintended consequences, we are quite familiar with: warming and rising oceans giving birth to Super Niños, extreme floods and droughts – the latter spawning record wildfires, and cold, freshwater from melting glaciers, flowing into the warmer, saltwater Atlantic and disrupting normal ocean-current oscillation.

We have managed to write our name in the concrete, so to speak. What do we write next? A manifesto or an epitaph?

My upcoming novel, ULTIMATE ERROR, is about mankind’s potential for destroying its own habitat – thereby destroying itself. It’s also about human tenacity and humans’ capacity for innovation – by which we can save ourselves.