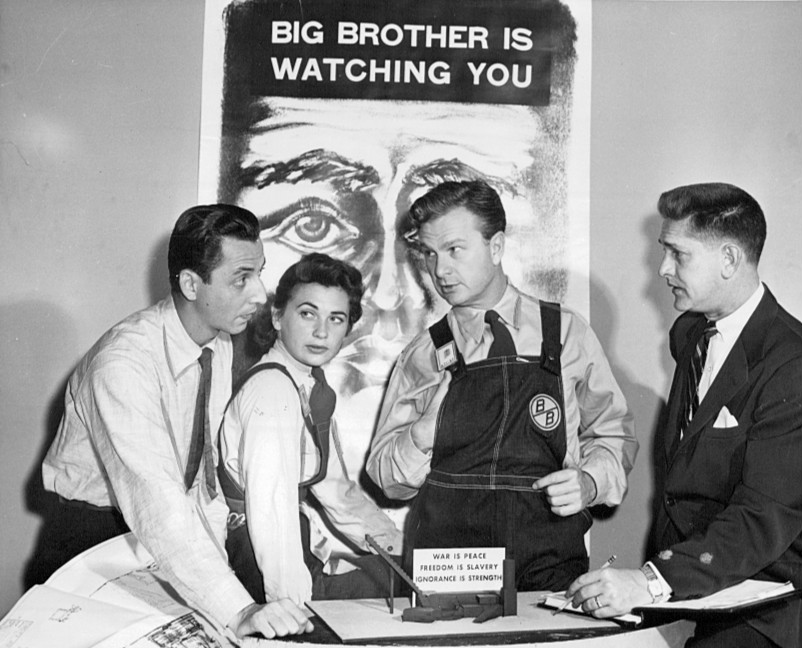 George Orwell, H.G. Wells, and the rich history of the modern cautionary tale

When we talk about “fact vs. fiction” or, more accurately, various fluid blends of fact and fiction, discussion of George Orwell’s presciently dystopian 1984 is sure to arise. The masterpiece, published in 1949, famously foretells of state intrusion into the minds of its citizens, who are constantly bombarded with government propaganda.

Perhaps because Orwell’s 1984 served as a warning and influenced the thinking of so many, the development of “Big Brother” surveillance technologies and policies were slowed. Otherwise, the author might have hit the date right on the nose, right there in his title! It took only a few years longer to get cameras up on every city street corner and to have the metadata of ordinary Americans being collected and stored.

My goal in writing my novel ULTIMATE ERROR is also to forewarn of man’s destructive potential on a large scale – some might say, the largest scale. I don’t espouse doom and gloom. I believe we may yet save our planet, while recognizing the efforts and focus necessary in order to accomplish that immense yet most noble task.

The dangers are real. So, while Orwell described the real dangers of a coming dystopia, ULTIMATE ERROR warns of what the contemporary English painter Lex Thomas calls the “notopia.” A true “paradise lost,” where even the strange anthropomorphic creatures of Thomas’s own creations could not survive. It is a bleak vision, but not an inevitable one.

A few years ago, Smithsonian Magazine ran a fascinating list of science fiction that inspired positive action and great inventions, even though some of the novels named don’t paint such rosy pictures. The Tom Swift novels, for example, inspired real-life inventor and NASA scientist Jack Cover’s invention of the Taser. In fact, as Smithsonian points out, “Taser” is an acronym for “Thomas A. Swift’s Electric Rifle.” From the depths of H.G. Wells’ classic doomsday book The War of the Worlds, came Robert H. Goddard’s inspiration for the first-ever liquid-fuel rocket, successfully launched in 1926. Said Goddard, “the concept of interplanetary flight gripped my imagination tremendously.”

So, this is the spirit in which I write. My cautionary tales aren’t meant to merely frighten but to inspire positive change and innovation. My message is for everyday people and for the Jack Covers and Robert Goddards of today.

Though we see unstable regimes with access to nuclear weapons, as in North Korea, we also see international cooperation on limiting testing on long-range missiles. Treaties have been signed recently to help slow carbon pollution which causes global warming and to keep checks on nuclear developments in Iran. When the Syrian government used chemical weapons against its own civilians, the United States and Russia stepped up to take remaining stockpiles away from the troubled nation.

My hope and my goal is to inspire great thinkers and all people who have talents to contribute to the most important mission humanity has ever been assigned: That future generations of our fellow humans might also enjoy this resplendently beautiful and unceasingly generous planet.