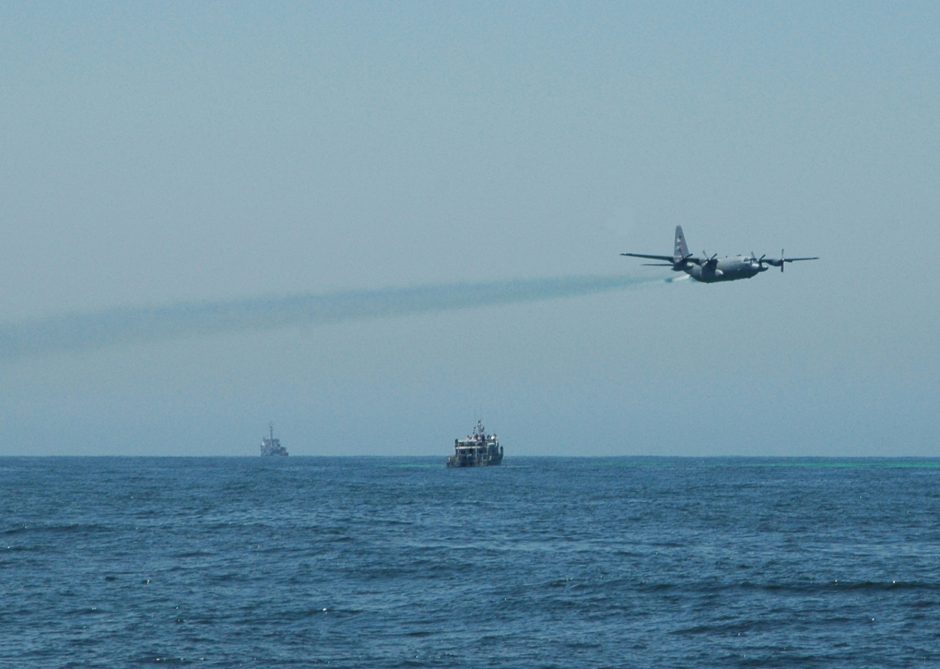 Just three years after BP’s massive Deepwater Horizon disaster, environmental scientists were concerned not only about the ongoing damage done by the petroleum itself, but also about the BP-owned dispersant known as Corexit and its effects on the wide swaths of Gulf waters where the oil conglomerate ordered its use.

Even though few studies exist—and virtually no research on long-term effects—BP has always maintained that Corexit is “safe.” What else would they say about their own product, right? In 2013, though, the journal Take Part compiled what little data there was and listed nine marine animals suspected by marine biologists of having been harmed by Corexit and/ or the “tar balls” it forms when it binds to crude.

So, what exactly does Corexit correct? We know that the droplets of petroleum mixed with Corexit are way more toxic than either toxin alone. We also know that the droplets sink to the sea bottom, where all manner of damage is possible. It would seem that the concept behind Corexit, then, is at least in part, “Out of sight, out of mind.” The terribly toxic droplets sink, and some of the petroleum at the surface is no longer visible. In this way, BP performs a sort of sleight of hand, a misdirection-based magic trick.

My upcoming novel, ULTIMATE ERROR, is about the serious risks and grave dangers of oil spill cleanups. Sometimes, they do more harm than good. The potential harm is as of yet incalculable.