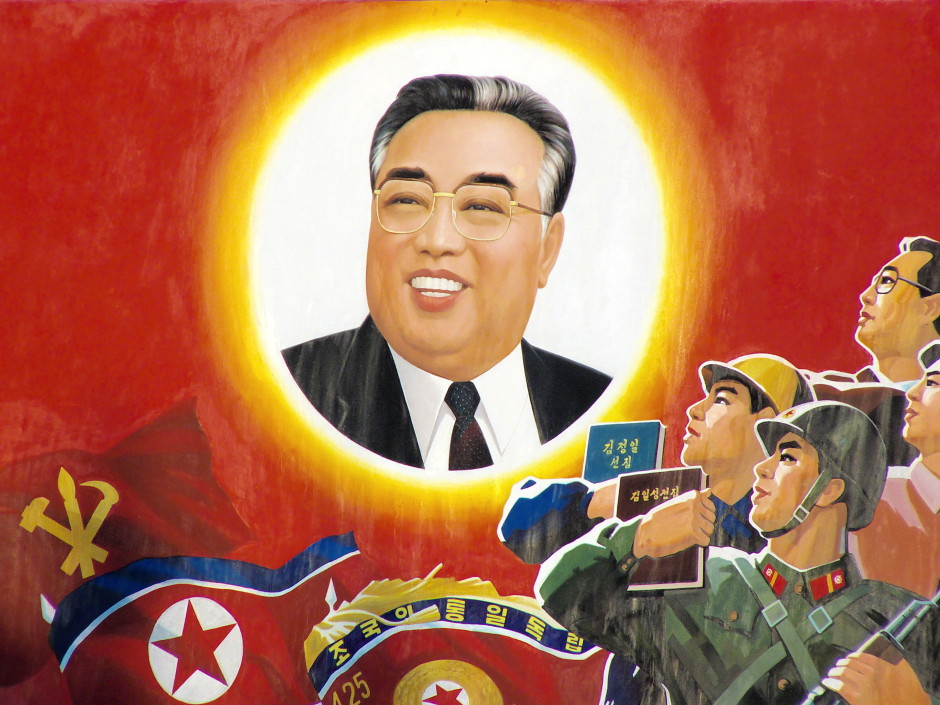 Another disturbing, anti-American propaganda video emerges from Pyongyang, but is it bluster in lieu of any real power against the West?

One of the oldest political tricks in the book – quite literally, if you take the searing, satirical representation of it in George Orwell’s 1945 classic Animal Farm – involves a leader, especially an authoritarian one, pointing an index finger up and out and declaring that some other country or some other people are responsible for everything wrong in the home nation. Castro, Khrushchev, Mussolini, Hitler, and the massive Berkshire boar from Animal Farm himself, Stalin. Of course, the list can be expanded to include many thousands. Kim Jong-un of North Korea, for one.

The United States has had 12 different presidents since 1948 (of those, only George H.W. Bush and George W. Bush are related). North Korea has had three “Supreme Leaders” since 1948: the grandfather, Kim Il-sung; the father, Kim Jong-il; and the son, Kim Jong-un.

I make this comparison, describing the Kim dynasty, because it’s helpful to know wherefrom the recent aggressive posturing by North Korea comes. It derives from a sense of entitlement so grandiose that most regular folks can hardly imagine it. Jong-un inherited an entire nation from his father, who had inherited it from his father! This is a macro version of the kid who has every toy he has ever wanted and more. He turns his attention to his neighbor and feels he ought to have his toys, too.

Unfortunately, what Kim the current despot wants, or at least appears to want, is the furthest thing from a toy fathomable – a nuclear weapon. My doubt as to his desire for a weapon of mass destruction goes back to my original point in this article. Kim Jong-un has proven he will say just about anything in order to manipulate the people of North Korea.

Now, in the latest propaganda video released by the North Korean government, a violent threat of a nuclear attack on Washington, D.C. is depicted. However, it’s important to note that the video doubles as a fantasy, both for Pyongyang and the section of the populace loyal to it. North Korea’s capabilities in carrying out such an atrocity, now or in the near future, is doubtful at best.

Kim Jong-un constantly boasts of successful tests of long-range missiles and nuclear warheads, but proof of such “successes” never accompany his statements. Still, the propaganda video is disturbing, and the natural concern regards the potential harm of a functional weapon of mass destruction in the hands of a person or persons with such limited, distorted perspectives and such tremendous egos. Sadly, there’s little chance that psychopathy isn’t present in the brain of Kim Jung-un. The patterns of behavior are typical of the pathology.

The cynical, destructive threats from Kim and his acolytes, as they launch missiles into the Pacific Ocean, strain international relations and can only strengthen international sanctions against the regime. The people of North Korea, quietly unsettled by the sanctions, turn towards the dynastical son. He puts out a fiery video against America to direct attention away from himself. Let’s hope this is the real reason for why he’s acting so ticked off.

My upcoming novel, ULTIMATE ERROR, centers on the myriad ways in which we straddle a 21st Century line between what Dr. Martin Luther King called “non-violent coexistence and violent co-annihilation.”