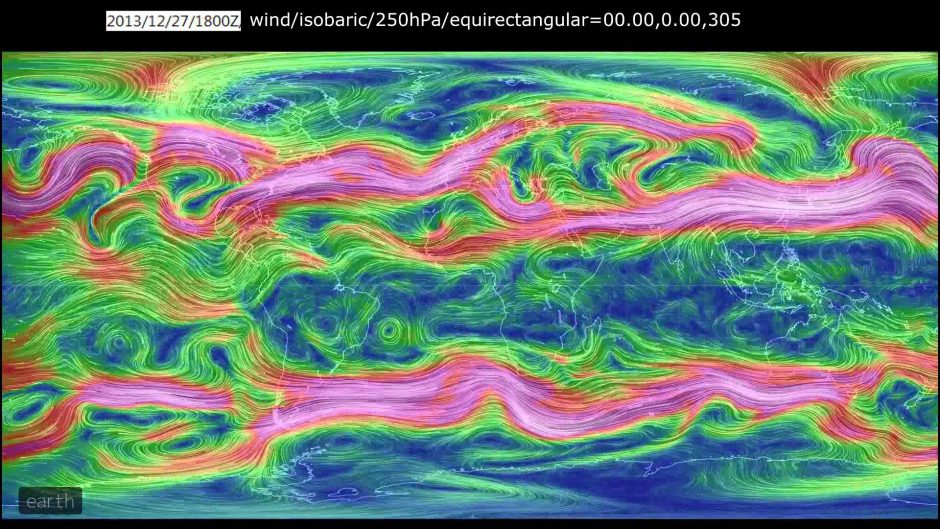 The realities of life “as we transition in a non-linear fashion to a much warmer world,” as University of Ottawa climatology professor Paul Beckwith describes it, twist, warp, soar, and dive. It’s what Beckwith calls “chaotic climate.”

He is one of several scientists worldwide concerned with the recent “dive” of a Northern Hemisphere jet stream southward and across the equator. Professor Beckwith says such movement is unprecedented in the formerly reliable air currents. He says that the merging of two jet streams could have significant short-term impact on other climate patterns and, in the longer term, adversely affect seasonality.

Beckwith is even going so far as calling for the declaration of a global climate emergency. Not many other in the field agree with Beckwith – at least not at this point. At least two atmospheric scientists have voiced strong opposition to the assertion that “cross-equatorial flow” is in any way uncommon.

Still, when you hear the Canadian professor talk about “changing air and water currents,” it’s hard to disagree with him, most times. Changing ocean currents, for one, is not all that popular a topic. Yet, as I described last week here on my ULTIMATE ERROR blog, there is strong consensus among scientists who believe cold, fresh water from melting ice caps in Greenland is disrupting the northward movement of warmer salt water up into the North Atlantic.

Of course, debate among scientists is nothing new and, for the most part, it’s a good thing. It’s important to have people who push the envelope of “common knowledge,” if only for the fact that it keeps the academic elites sharp.

For his part, Beckwith warns that every aspect of climate and weather is becoming more chaotic as land, sea, and air temperatures rise. He sees, not a gradual erosion of earth’s ability to support life, but increased destabilization marked by “abrupt climate system change.” He believes that shifting jet streams could make it so warmer temperatures persist longer and that, eventually, fewer areas would experience four distinct seasons.

We’re in a fascinating period of global warming discovery. It’s no longer something that’s “approaching.” It’s happening already and, because of that, climate scientists discover a new twist or aspect to it seemingly daily. This provides fresh information to people with the power to make positive changes in policy and regulation. It could give some leaders the necessary political will to actually take decisive action.

One of the most interesting (and perhaps unnerving) elements of the abrupt climate system change model is the quickness with which it could affect global economies and even availability of food and water. Unexpected bad news on climate, if the facts were broadly confirmed, could set into motion a serious, large-scale domino effect involving large swaths of the world population.

My upcoming novel, ULTIMATE ERROR, is about mankind’s struggle against extinction by its own hand. Will we be mesmerized by uncertainty, as the great point of no return rushes headlong toward us?