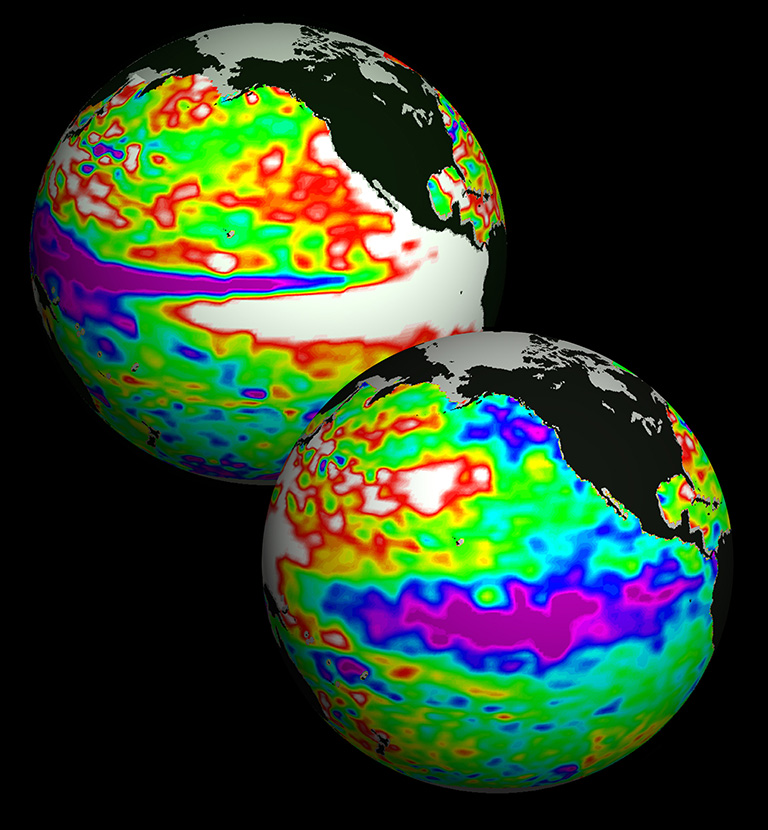 In recent years, the U.S. mainland has experienced more storms. In recent years, the U.S. has experienced storms that are deadlier and more disastrous. The extreme flooding and winds have hardly been limited to hurricanes. In short, the warming oceans and warming atmosphere, caused predominantly by human activity, have thrust us into a weather upheaval.

Earlier this month, though, the federal Climate Protection Center delivered some moderately good news about the 2018 Atlantic hurricane season. The likelihood of El Niño arriving in the Pacific this season has risen, meaning basically that winds traveling east from the Pacific Ocean will likely disrupt formation of some storms in the eastern Atlantic, where most hurricanes develop. The western winds shear cyclone activity in the Atlantic ocean, making it difficult for some developing storms to strengthen.

However, meteorologists and emergency management experts were quick to add that “El Niño or not” residents of Atlantic-coast states and nations should be prepared for one of the 11 predicted named storms to make local landfall. They also noted that at least one of those storms is expected to become a major hurricane (Category 3 or higher).

Also worth noting is the fact that, though they may mitigate hurricanes in the Atlantic, stronger and more frequent El Niño and La Niña global climates generally aggravate the consequences of global warming over all. For instance, El Niño significantly raises chances for severe flooding events in the winter.

The U.S. in particular now sees disastrous flooding and wildfires year-round. What clearer example of anthropogenic extreme weather’s descent upon our country?

Another reason not to get too comfortable this hurricane season is that we’ve already had two named storms: Beryl, a Category 1 hurricane and Chris, a Category 2. A senior climate research associate at the University of Miami put it to the Palm Beach Post this way: “ACE (accumulated cyclone energy) is currently [on July 17th] what it climatologically would be on August 14th.”

This is a general trend. The third month of hurricane season has moved up to the second month. Every month is hotter than the same month the previous year. A year later, Puerto Rico is still recovering from Hurricane Maria’s devastation. The possibility is real that the island will get hit by tropical storms and/or another hurricane before basic infrastructure repairs are completed. It all points to one thing: warming. And the consequences of warming are only growing worse. It is patently unsustainable. It is literally unsustainable.

During the 5th to 15th Centuries AD, the world experienced a protracted period of human ignorance. We can hope that we haven’t entered into the second coming of the Dark Ages.

My upcoming novel, ULTIMATE ERROR, peels back the convenient curtain of the status quo. It has now been decades that humankind has ignored massive volumes of new information and scientific certainties. Only heads self-placed firmly in the sand have kept the fossil-fuel industries alive and climate science at bay. There have already been deadly consequences. There will be more.