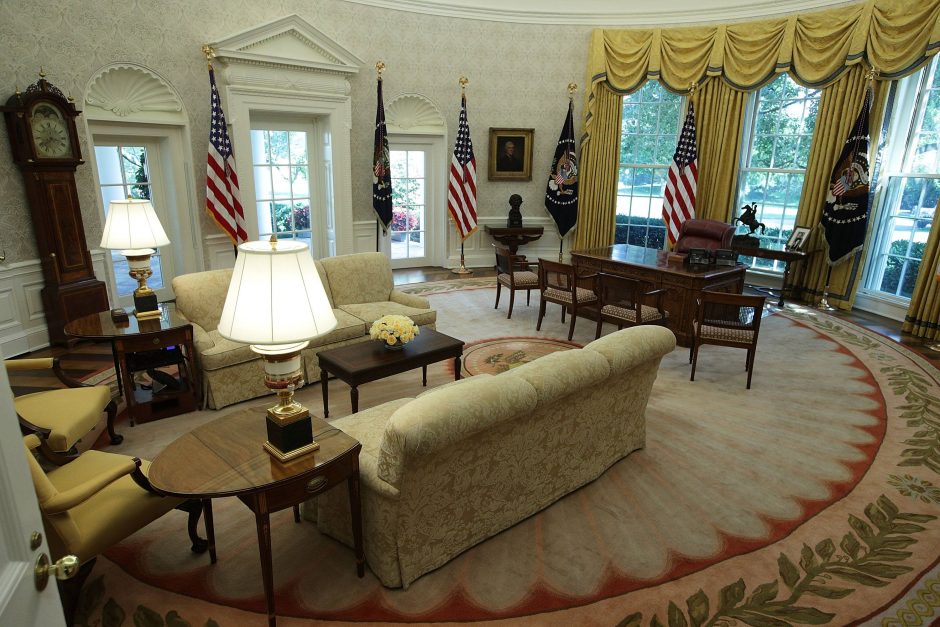 Recap: Barbara and the kids packed their suitcases and jet-set off to Washington, D.C. The following day, she sat down with the White House chief of staff and the president. The Oval Office meeting was a business meeting. President Winslow Blankenship wanted to make sure that he had his “ducks in a row” for his fossil fuel hustle: allowing oil conglomerates to take the reins of the United States Department of the Interior.

“The eggheads call it ‘corporate capture,’ ladies” said President Blankenship, “but that’s such an ugly word.” Chief of Staff Mary Corsican laughed loudly, too loudly, as was her custom. Barbara Nascovar had rehearsed the obligatory chuckle, but it still sounded awkward. “Eh-heh-heh-HEE,” she went too high on the last chortle. Blankenship was oblivious. He imagined they were adoring him, and that was more than good enough for “Whitey” Blankenship.

“Barbara—may I call you ‘Barbie’?” No one had ever called her Barbie. And lived to tell about it, anyway.

“Call me Whitey. ‘Mr. Blankenship’ was my fa—, well you get my drift…”

“Bet you say that to all the guys.”

“Eh-heh-heh-HEE” said Barbara again, to her own dismay.

“Well, enough with the formalities” said the president, given to using the wrong words  more often than not. “Barbie! In your letter accepting my offer, you used the word ‘excited.’ I like that!”

“It is very exciting, sir—uh, Whitey,” she said with no conviction at all.

“Ahhh, you bet your as— keister it is! Barbie… have you ever imagined having more money than you could ever imagine” he said. He held a grin more twisted than his take on the English language.

“Barbie, let me stop you right there. I like you. You come, uh, highly recommended. But there’s one thing you’d better get straight—right here and right now—nobody and I mean nobody!!. who works for Whitey Blankenship can ever be anything less than one thousand percent sure of themselves!”

“And! We never, ever apologize!! Apologies are for the weak, Barbie. Are you weak, Barbie? Bar-bara Nas-covar, are you a weakling?”

“No, sir, I am not.” She thought she might cry, but that would surely be the end of the road. Her “15 minutes” as secretary of the Department of the Interior. Literally.

“Good. I know you’re not, Barbara. I love Idaho. Horse country. They only make one       size out there: big and strong, and that includes the women! Heh-ARR-HARR-HAH-HEH- Heh-heh!!.” And at that the president of the United States of America began dislodging phlegm in a violent coughing fit. “Bring us some—ah-HERRRGGHKAHbreh—hot tea, will ya, Mary?”

My new novel, ULTIMATE ERROR, is available at better bookstores nationwide. Buy it now at Amazon.com.