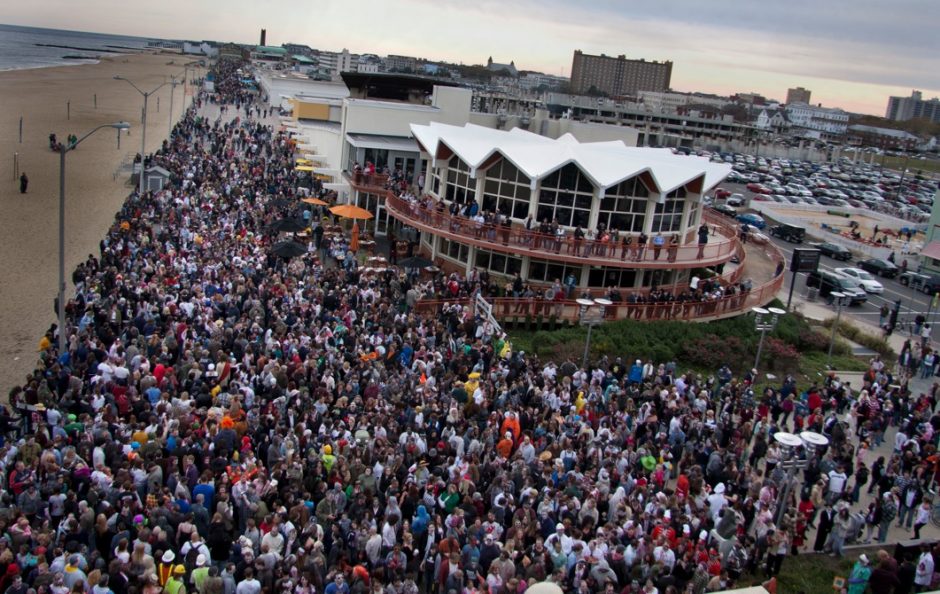 The popular fantasy of “others” coming for you and your stuff

The concept of a reanimated human corpse—a zombie—is said to have originated in Haitian folklore. Even today, especially in rural Haiti, grieving families sometimes believe that a mentally ill stranger wandering their village might be their deceased loved one come back to life.

“The Walking Dead,” one of the most successful television series of all time, presents the modern archetype of zombies, patently plural ever and forever. These strange “people,” in their ultra-violent mobs, developed from the imaginations of Americans. Namely, the horror author H.P. Lovecraft (1920s and 30s), the creators of EC Comics (1950s), writer Richard Matheson (I Am Legend [1954]) and, most importantly, the writer-director of Night of the Living Dead (1968), George A. Romero.

The television show “The Walking Dead” has distilled the avenging zombie mob archetype to its most visceral elements: anxiety and violence. In short, it feeds the pre-existing anxieties of the growing population of American survivalists. The motto of these armed doomsday “preppers” (and those who aspire to that lifestyle) seems to be, “When the going gets tough, the hungry hordes are coming for us, our families, and our supplies.”

They call them (the “outsiders”) the “golden horde.” Generally stereotyped as people from urban areas, too lazy or distracted to prepare themselves, who, according to the fantasy, will descend into the suburbs and rural areas looking for food, water, and shelter. Guns, these preppers say, are the only way to stop the advancing walkers. The television narrative merely replaces the urban minorities and the ill-prepared with fictitious zombies for the comfort and convenience of producers and viewers alike.

Those who might reflexively dismiss such parallels, I would refer to the “outsider” heritage of zombies. Lovecraft’s seminal zombie story, published in 1926, is actually titled “The Outsider.” Appropriately, it was often packaged in a volume called The Outsider and Others.

They might also look at the correlation between milestones in the zombie genre and post-war anxiety. The better part of Lovecraft’s oeuvre came in the 1920s, just after World War I. The famous EC Comic Tales from the Crypt began its run in 1950, post-dating World War II and on the cusp of the Korean War. The Cold-War-era McCarthy Hearings and Matheson’s I Am Legend both launched in 1954.

The one exception here may be Romero’s Night of the Living Dead which came at the height of the U.S. bombardment of Vietnam, in 1968. I would argue, however, that 1968 was also a period of high anxiety in America, after more than 12 years of Vietnam embroilment.

“The Walking Dead,” of course, came on the heels of two Gulf Wars and the shattering attacks of September 11, 2001. Are zombie stories cathartic? I would say that, in a cheap way, they are. They’re clearly a part of a psychosocial cycle that propagates fear, though. And study after study shows that the horde (of urbanites or zombies) is simply not coming.

My upcoming novel, ULTIMATE ERROR, is about a widespread catastrophe and how we might deal with it. Will we come together in neighborly and community spirit? Or, will we resort to the fear-mongering stereotypes and old zombie tropes?