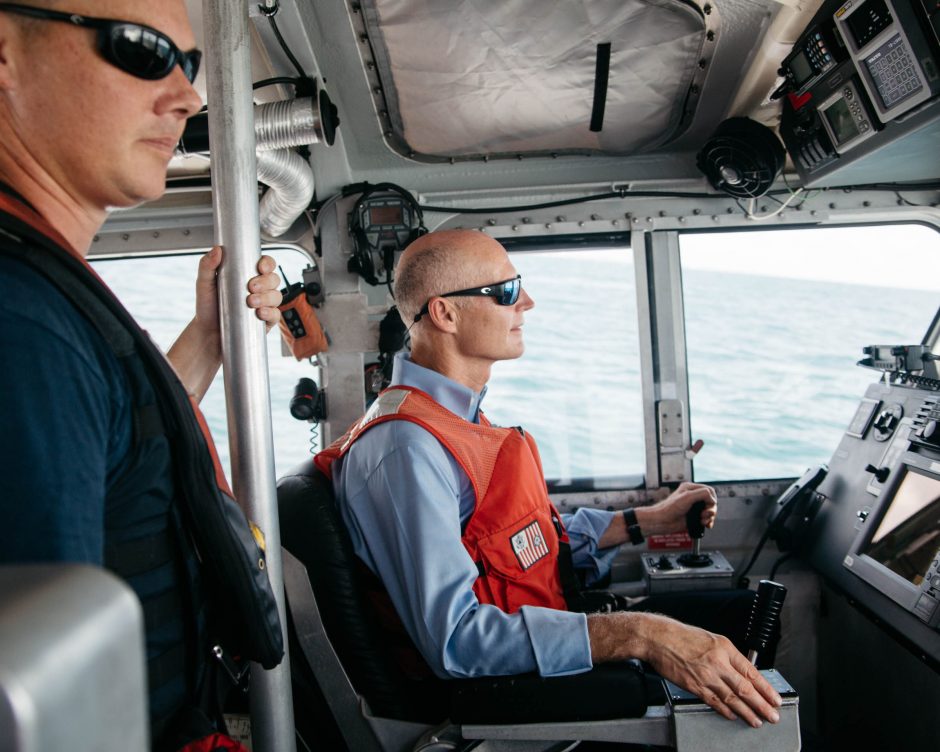 With Hurricane Irma churning like a demonic beast only a few hundred miles away, I find myself looking for the antonym for “mass hysteria.” The best I’ve come up with so far is “mass false contentment.”

Let me say right away that I’m in no way referring to the perceived stubbornness of people who live in mandatory evacuation zones and refuse to evacuate. This is one of the mind-numbingly repeated exhortations of local news channels looking to fill up airtime. “Take these warnings seriously!” Even the vice president of the United States chimed in with the tired line in a live South Florida interview.

The false contentment to which I refer is that which is tacitly expressed by public officials and media who are on repeat-play mode with the same narrative: “Storm brought by nature, blameless ‘act of God,’ hard-headed people disobeying authorities, hero first-responders, tragedy bringing people together, heads of state coming to the financial rescue.” Wall-to-wall, 24/7 “coverage” and endless press conferences with not one mention of the root cause of monster hurricanes forming one after the other: global warming.

On the contrary. The governor of Florida, in multiple press conferences, made it clear that his top priority during the approach of Irma was to help oil companies sell their products to Floridians. He not only ordered Florida Highway Patrol escorts of gasoline tankers throughout the state, he also had FHP officers overseeing gas station operations. One can’t help but wonder what the governor’s commissions will total for his superior work as a fossil fuel salesman!

In his rhetoric, the governor made sure to frame gasoline and diesel as heroes of the hurricane emergency. “We’re moving as much fuel through the system as fast as possible. And our waivers on truck weight restrictions and driver hours are helping move fuel so we can get it to you as quickly as possible,” he said. So, as is so in vogue nowadays, the big-wig politician succeeds in turning the cause of a major, nationwide problem (massive storms strengthened by greenhouse gases) into a venerable, valuable commodity.

Though he’s clearly not working alone to corrupt and shame the State of Florida, the governor works as an effective beacon in searches for the worst in public corruption. On top of that, he states publicly that he doesn’t believe in climate change and even had the phrase banned from all official state business and documents. The question is not Why doesn’t he believe in it—he does. He merely promotes climate denial as an instrument in his profitable arrangements with Big Oil.

It’s an ugly truth, but it’s truth nonetheless: The governor of Florida (and others of his ilk) pretend to care about the well-being of regular citizens during grave emergencies, all the while working to promote and sell the oil which plays a major role in the disasters.

My upcoming novel, ULTIMATE ERROR, is about human behavior in the face of widespread disaster. Do government and corporate officials exist who would endeavor to personally profit from catastrophes? Unfortunately, the answer is Of course they do.