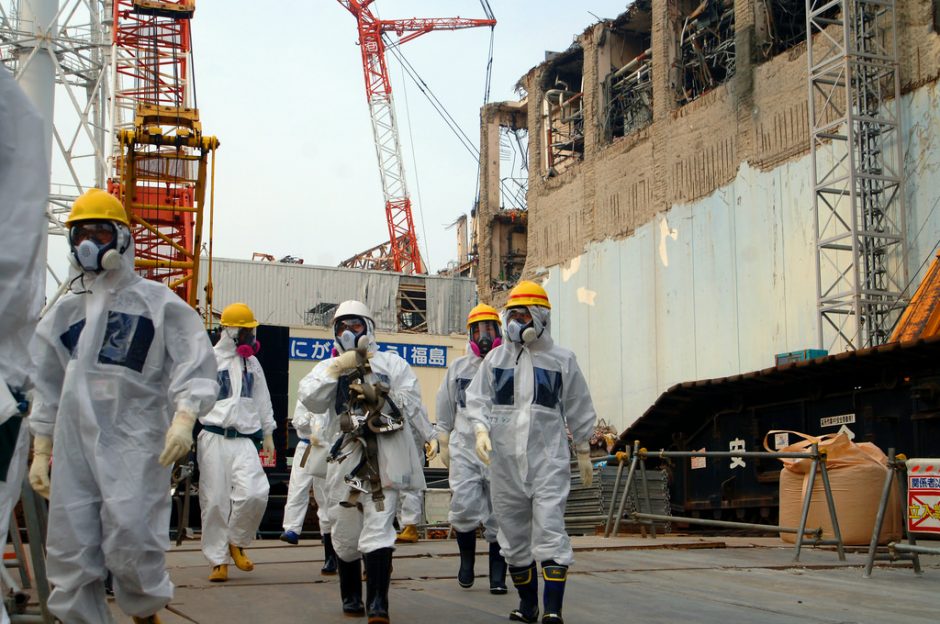 In the U.S., the case is strong for building new power plants

The emergency evacuation of over 100,000 people and a cost of nearly USD 200 billion to the country has rendered Japan skittish and skeptical about nuclear power. The mammoth Fukushima Daiichi nuclear plant disaster in 2011 is still close to top of mind for the people of the Asian nation, and citizens have taken to the streets to protest any and all new nuclear energy planning.

Stateside, energy experts (the optimistic ones who believe that fossil fuels will be replaced, eventually) say that “no nukes” in the U.S. is not an option—yet. This faction of scientists say that nuclear can provide “base-load power,” while solar and wind cannot (again, at present).

In the article I linked above, however, the author suggests a pairing of natural gas with nuclear when the renewables aren’t sufficient to meet demand. While natural gas is the cleanest-burning fossil fuel, efficient, reliable storage can solve the natural fluctuations in solar and wind availability without prolonging use of another pollution maker.

Of course, nuclear power alone is a high-risk, high-reward enterprise. As the Japanese well know, when things go wrong in nuclear, they go really wrong. I think that increases the opportunities for new industries in nuclear power plant safety. Why not test new methods of quality control for plant components and new safety protocols which reduce the risks due to human error (and human greed).

I’ve written several times, here in my ULTIMATE ERROR blog, about the failures at a critical components manufacturer in France. Can we employ more Americans to help prevent such widespread fraud and corruption? Clearly, there’s room for improvement in several areas, looking at this one example, and I’m no nuclear expert. An industry professional could probably list a hundred more opportunities for improved safety while creating jobs.

What the Japanese people are experiencing right now is a sort of reality check regarding nuclear power. While the prime minister who served during the Fukushima disaster promised to examine the possibility of phasing out nuclear power completely, new prime minister Shinzo Abe has said that Japan cannot do without it.

Nuclear power is neither perfect nor ideal for the United States, but we cannot do without it, either. Our nation and others are way behind in slowing global warming, even in the context of the modest goals of the Paris Agreement. Anthropogenic climate change is caused primarily by burning fossil fuels, and nuclear is an efficient, robust alternative.

We need our own reality check in the U.S. The time has come for fossils to remain fossils, no longer to fuel the old greed of backwards-thinking industries.

My upcoming novel, ULTIMATE ERROR, is about the corruption of some of our deepest values by people blinded by greed and power. The great struggle of the 21st Century is that of the morally responsible human being against the corrupt power-seeker who too often is also the power-getter.