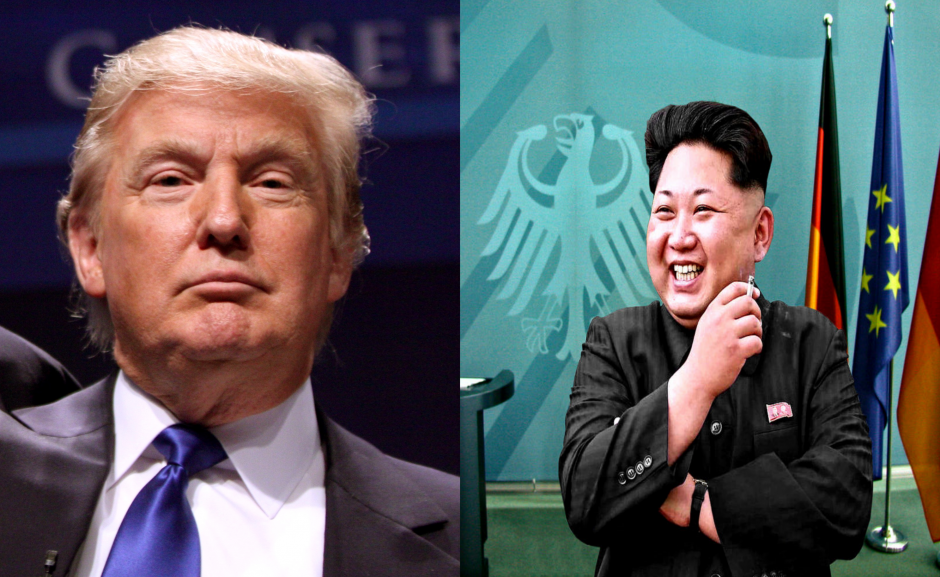 Kim Jong-un launches missiles like a mischievous toddler throws his sippy cup to the kitchen floor. It’s bad behavior and they know it, but they also know it’s effective behavior in getting what they seek: attention.

Kim faces increased scorn from within and without the impoverished nation. He’s isolated and can only gain a modicum of respect from the North Korean people by blaming the West for their troubles. What he craves most is real international power, though, and he’ll continue his temper tantrums until he gets a seat at the adults table.

His recent launch of a missile over the island of Japan illustrates his desperation. And Japan’s calm, quiet response illustrates the mature disposition required when dealing with Kim’s childish desperation. You demonstrate to the toddler that the tantrum is a waste of time and energy. He will get little if any attention out of it.

On the other hand, U.S. responses to Kim have been animated, loud, and even mirroring—saying, in effect, “We like that behavior. We do it, too.” Of course, the fact that Washington, D.C. finds itself on an even language plane with Pyongyang has its own disturbing implications. North Korea is a country just emerging from a famine and quite possibly immersing into another one. Somehow, we’ve ended up with so-called national leaders of the same childish mentality.

For his part, Kim seems to enjoy the process of troublemaking amidst a fractured international community. Better Sino-American relations might deter his freewheeling missile launching. His behavior makes sense, in a twisted way, since he has little to lose. He need not worry about losing an election, for example. So, he intermittently threatens the U.S. territory of Guam, merely for its being the closest American target to his country.

What the American executive has in mind, however, is puzzling, to say the least. It begs the question of what the electorate had in mind on November 8, 2016. A situation wherein the international community puts the supreme leader of North Korea and the president of the United States in the same category is a serious loss for America, indeed.

The role of the U.S. internationally, ostensibly, is as a stabilizing power, not as an unpredictable one. In this sense, the rhetoric from Washington feeds the dysfunction upon which Kim and Pyongyang thrive. To the extent that we, the people, are undisturbed by the low standards to which this administration is being held, so do we lose that which has brought the United States to prominence on the world stage.

My upcoming novel, ULTIMATE ERROR, is about the fine line we walk daily between security and catastrophe. Always there exists the opportunity to take steps away from the line and towards the safer side. As Americans, we rarely choose to do that. We take greater existential risks, often without really considering if the reward is worth it. This is why we see sections of continents breaking off and melting into the sea today.