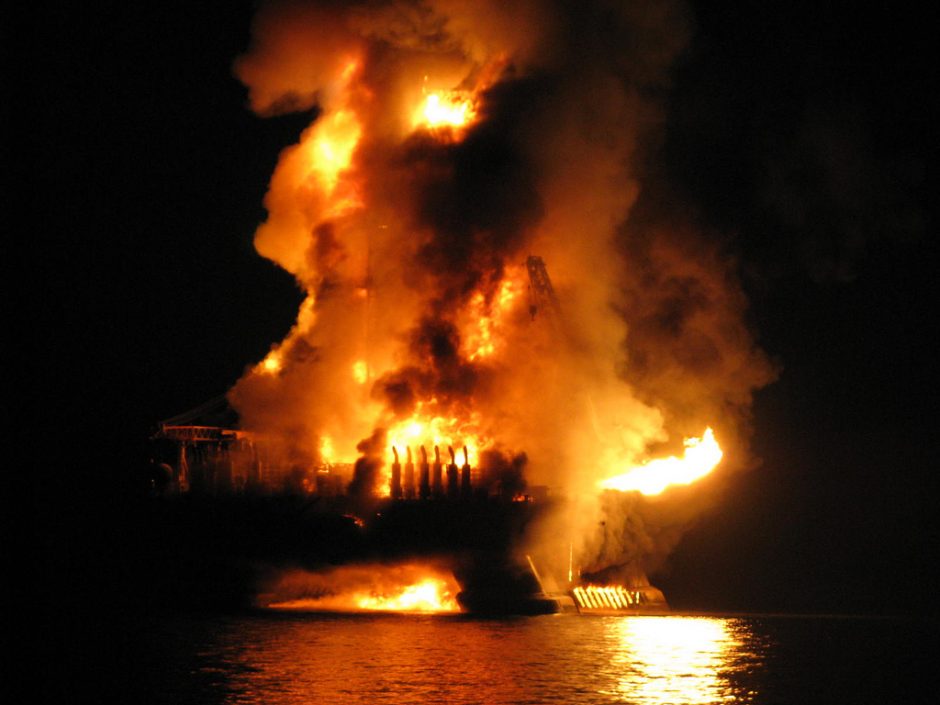 Do we too often fail to see the connections between things, particularly disasters?

After all time building up

Comes inevitable knocking down—One by one

Selling out is a cardinal sin,

Sinning with a safety net

They say all things come in threes—Three by three

So, here comes the third degree…

Where were you hiding

When the storm broke

When the rain began to fall?

When the thunder and the lightning struck

And the rain and the four winds did howl

All cards are marked

All fates will collide

The truth is the truth

Or the truth is surely a lie

Get back in your shelter

If you can’t come down off the fence

And one more question…

from “Where Were You Hiding When The Storm Broke?”

Performed and recorded by The Alarm, November 1983

On Sunday evening, what witnesses describe as “a huge explosion” caused a massive fire on an oil rig platform in the middle of Louisiana’s famed Lake Pontchartrain. Though the explosion reportedly shook houses miles away on land, the owner and operator of the rig either have not an inkling of what happened or are too busy working on their public relations to comment. Witnesses, local officials, and emergency crews are talking to the press, but the oil company is suspiciously silent.

Local hospital officials (again, not the oil company) have reported several injuries, and an emergency crew captain revealed that one person is believed to be missing. The mayor of nearby Kenner, Louisiana said it’s likely that no homes on land were damaged. Well, thank goodness for that! At the time the New York Times published its most recent article on the disaster, no one could say if oil was flowing either into the fire or into the lake. Also, NYT reported that the missing person had not been found.

While the spotlight on hurricane recovery still hovers over the recent benefit concerts, held in Los Angeles and Miami, it’s like this oil explosion and fire in the middle of a historic lake in Louisiana—which has experienced more than its share of oil-spill harm and hurricane-wrought misery—is trying to tell us something. I see it as a beacon shining on the rapaciously irresponsible oil industry. Perhaps asking, “Where were they during all of these especially destructive storms?” and “Where are the billions of dollars that they ought to be paying for their parts in the devastation?”

As I’ve often said here on my ULTIMATE ERROR blog, if we’re to survive much longer on Earth, we need to be sensitive to her messages and strong in demanding accountability.

My upcoming novel, ULTIMATE ERROR, is about the inevitable connectedness of everyone and everything in our nation and in the world. The choice between using that for building or for destroying. Physically and technologically, the world is becoming ever more interconnected, but without human connections, the result can only be a faster tumbling of the dominos.