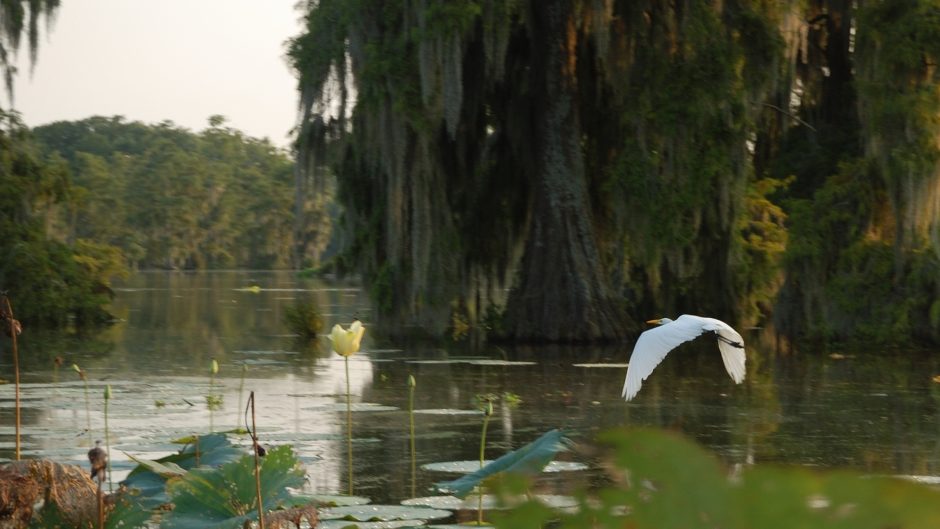 The slow-moving anabranches of braided channels which meander from the Mississippi River Delta have got to be some of the closest geological analogs to human blood vessels. They quite literally deliver life to the ecosystems near them and inside them. All these lifeforms gathered to receive, primarily, their oxygen.

The boggy bayous themselves are astoundingly fertile areas. They are womb-like. Safe and supportive zones for millions of species of important flora, insects, reptiles, amphibians, birds, mammals and, of course, fish and shellfish.

That is, until humans upend the ecosystems with carelessness of biblical proportions. In one spill alone, pseudo-suicidal avarice allowed 210 million gallons of crude oil to poison the bayous and nearly 70 thousand square miles more in and around the Gulf of Mexico.

Water, the lifeblood of it all, unapologetically – even arrogantly – insists that it is also the deathblood of it all. The rains come and insist; persist. Here is born even the song of the American bluesman. Wet and crying, American music slithered forth from this womb-land.

Now comes warmer earth, warmer air, warmer waters – too much of a good thing, one might say. The rains come and persist. As in the old songman’s moans and cries, the rivers rise. They flooded Louisiana parishes and Mississippi towns on Thursday and Friday. The rains rested briefly and came back Saturday and Sunday.

Elsewhere, people watch the area on television, and U.S. Representative Garret Graves, a lifetime resident of Baton Rouge, says without reservation that he has “never seen anything like it.” He saw Hurricane Katrina. He says that some communities nearby, more than 100 years old, have never seen anything like this. Why now? In a word, heat!

The Earth is fevered because of the way we are treating her. She dislikes the prodding of her body for petroleum. She dislikes, especially that, everywhere we burn it and everywhere we spill it on her. It sickens her, and she’s running a fever. Who ought to take responsibility and offer her relief?

As I write this, Governor John Bel Edwards has declared a state of emergency and has announced the confirmed loss of seven souls. Evacuations are under way for 20,000. President Obama has declared parts of Baton Rouge and surrounding locales federal disaster zones. Rep. Graves says he would prefer the ounce of prevention he has been asking for in Congress.

My upcoming novel, ULTIMATE ERROR, is about mistakes on the level of global warming. Human errors on the scale of BP Deepwater Horizon and worse. Will we hit the brakes in time to avoid self-annihilation? Or will we continue to step on the gas?