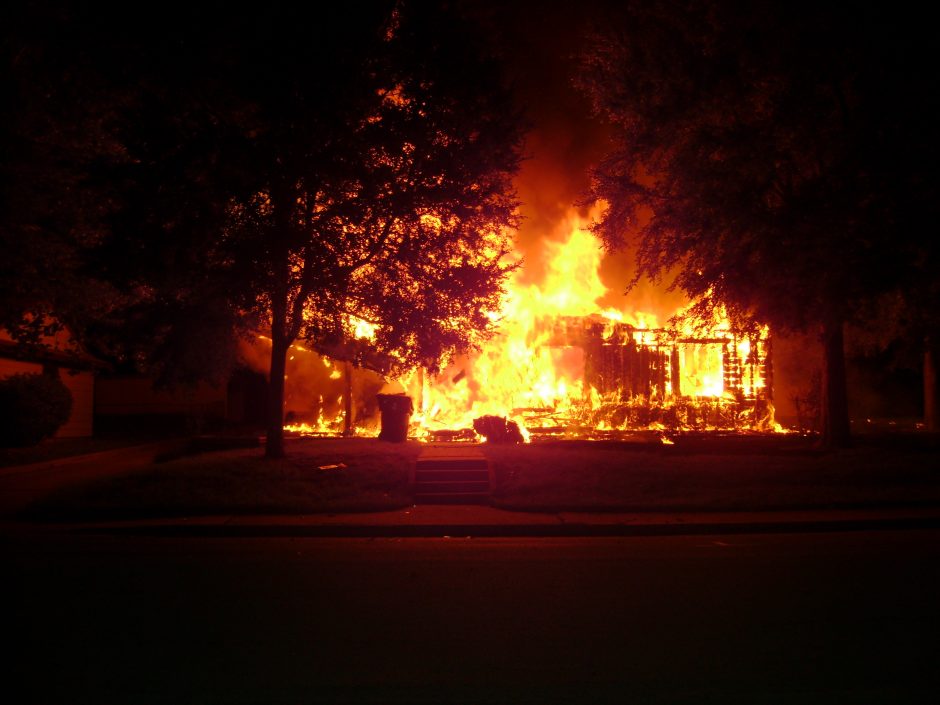 Recap: On an otherwise unremarkable spring night, in a pretty Boston neighborhood, a massive residential blaze sparks a blackout. As Ricky and his mother hunker down, they’re shaken by the sound of automatic gunfire down the street. Then, unbelievably… firefighters wounded… or dead?.. on the pavement in front of Mr. Skandowski’s burning house.

Why? The word bounced between the left and right sides of Ricky’s skull. It echoed a few times in there before he was able to send it flying with a violent shake of his head. Now, with his mind cleared, he could actually do something. “Mom! Lie down on the floor!” Gravity was his friend— right now he needed all the friends he could get—as he descended the stairs in two giant leaps. He let the momentum carry him head first into a baseball-style slide across the near section of the hardwood floor.

A measure of relief flowed through Ricky’s veins at the sight of his mother. He knew she wanted him to take charge of the situation. She tended toward nervousness. Cold anxiety that could, when provoked, plunge to the freezing point. But just now she lay prone, arms folded over each other, head resting on them, face turned away from the windows. Good job, mom.

After a minute, Ricky imagined he had some few seconds, a minute maybe, to look outside again. Assess the situation anew. “Why?” he wondered again.

“Mom, I’m gonna go have a look out the window real quick.”

“I have to… Mr. Skandowski… It looks like some people are hurt. I’ll be quick.”

The boy pushed himself up onto his forearms and army-crawled toward the windows. He stopped momentarily when he noticed he couldn’t tolerate the pain in his elbows anymore. Crawled on all fours the rest of the way. Ricky pushed a curtain aside and moved his head timidly around it. The blaze did yet rage, he already knew that from the lashes of orange light it had been imposing in the house.

Above the houses to the west of Skandowski’s, the boy noticed flashing blue crowns of light. The police. Were they driving into an ambush? Ricky sorely wanted to warn them. But the officers already knew the danger. Somebody must have reported the shots fired and the men down, because leading the line of a hundred squad cars was an armored SWAT vehicle that looked half Hummer and half tank.

The police cruisers’ engines revved, and the SWAT thing roared, tires screeched, but that was all. No gunfire. The assailants had fled. A dozen fire trucks rolled in and took over the scene from their fallen brothers. Soon they had quenched the blaze, and the neighborhood was secure. For now.

My brand new novel, ULTIMATE ERROR, is about survival in the wake of a catastrophic event. Endless dynamics at play. Preparation, politics, police, and perimeters. Any one factor could make the difference between life and death.