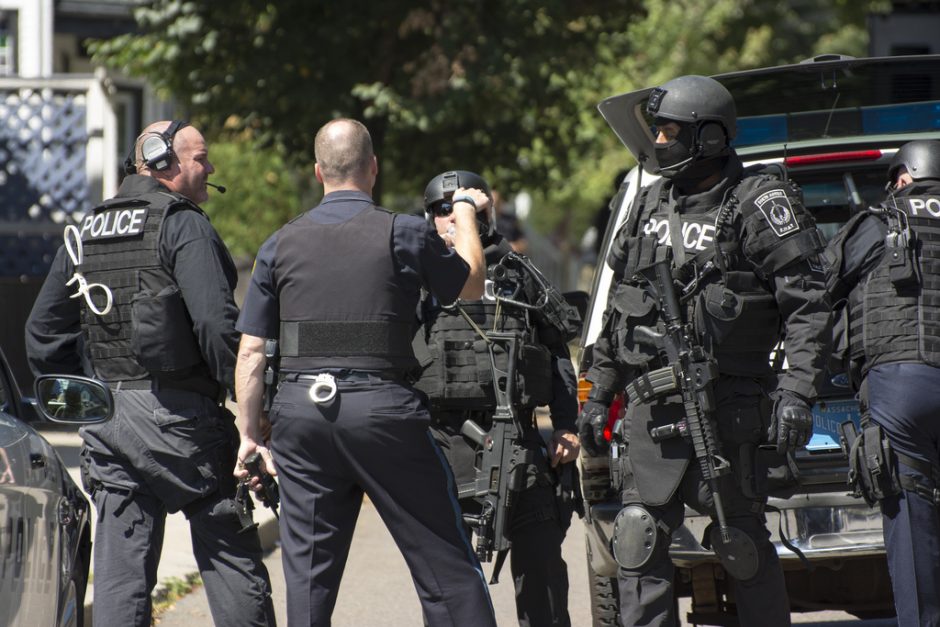 Recap: Night fell at last over the neighborhood. Ricky and his mom watched a bit of the local news, learning the bigger picture of the fire and murder down the street. The whole of Massachusetts and the roads immediately proximate to it would be abuzz all night with local law enforcement, county sheriffs, state police, FBI, and DHS—in speeding cruisers or stationed at roadblocks—in frenetic pursuit of the terroristic shooters.

It was a new day on Pinckney Street, and thank Goodness for that. Lucy and her son awoke just after nine, which was late for them. They had been startled awake by the doorbell at one in the morning. Mother and son had dashed to get to there first, each protective of the other.

The bell rang again and then someone banged on the door in rapid succession, cop style. This time it was Lucy who peeked through the curtains and the window. She saw a police officer in uniform with two plain-clothed men who evoked the look and demeanor of detectives. Lucy said, “It’s the police, open it,” and the boy, who had been awaiting her command, complied.

“Of course.” Lucy waved the three in.

“This is Officer Sheila Blackstone, BPD. Agent Gerald McMartin, FBI. And I’m   Sergeant Kay, but you can call me Bill.”

“Thank you. I’m Lucille, and this is my son Ricky. You can call me Lucy. Would anyone like some coffee?”

“Ma’am—Ms. Lucy, I’m sure you know why we’re here. You two must have gotten quite the fright earlier tonight.”

“Well we assure you, you’re safe now,” McMartin said. “What we’re doing right now is   called “canvassing”: Talking to everybody in the neighborhood about what they saw and what they heard during the incident. What, if anything did you see?”

“I saw some—things. My mom didn’t see, just heard, except maybe the shadows from the flames.”

“Okay, good, Ricky. Did you go outside, or did you look out a window.”

“Window. First upstairs and then down here, next to the front door.”

The agent said, “Lucy, may we go upstairs and have a look through the window your son is referring to?

Wide awake by now, Ricky darted in front of his mom and, technically, led the way himself. He couldn’t remember ever hearing so many footsteps on the stairs. The men’s shoes sounded heavy, and the whole group of five could have been the drum line of a marching band warming up.

“Right here.” Rick pointed into his room. He took two steps toward the window and  stopped short.

My brand-new novel, ULTIMATE ERROR, is about the unexpected in a world where we expect so much. The book is available now on Amazon.com and other retailers nationwide.