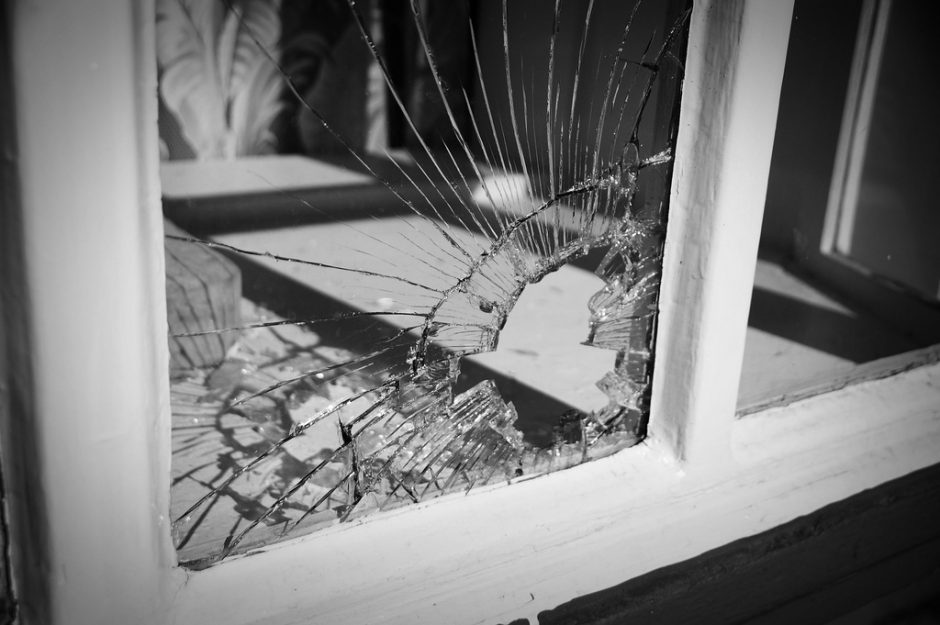 Recap: Two Boston Police officers and an FBI agent startled Ricky and his mom when they pounded on the front door at one in the morning. The law enforcement officers were actually pretty friendly. They asked Ricky about what he heard and saw the previous night, the night of the attack and fire at Mr. Skandowski’s. The boy led the officers to his room. They were all surprised to see that the window—at which Ricky had observed the events—was now shattered.

“From the outside in,” said Agent McMartin right away. Sergeant Kay nodded.

Lucy stood speechless in the doorway. She knew she couldn’t clean up the glass yet, though she would have liked to. The investigators would want to take a closer look.

“Ma’am,” McMartin said, “would you give us a few minutes?” He punctuated the word “us” by drawing a horizontal semi-circle in the air as he pointed his pen at the BPD cops and himself.

“Oh. Of course. C’mon, Ricky, let’s let the officers do their work.”

The mother and son walked out into the hallway and across to her room. “Mom, that is sooo weird.” They sat down on her soft bed, both staring down at the carpeted floor. They sat like that until they heard footsteps going down the stairs and Officer Bill’s voice.

“Meet us downstairs when you’re ready.”

“Okay, we will!” Lucy said as they stood up.

Downstairs, the three cops sat chatting casually and nodding in agreement with some unknown, minor conclusion.

“Probably a bird,” said Officer Bill as Ricky and his mom reached the bottom of the stairs.

“Yeah, we found a shard of glass with a little splotch of blood on it. About the size of your thumb” said Agent  McMartin. “Looked fresh. No more than a few hours.” Ricky objected.

“But I didn’t hear anything!”

“Maybe you were in the bathroom at the time?” offered the agent.

“Uh… okay, I did use the bathroom last night. Once.”

“Nothing to worry about” said Bill. “Just a bird didn’t see the window pane, flew right into it. Probably nursing a heck of a headache right about now,” he said with a smile.

“Tell us, Ricky. What did you see through that window last night?” said Officer Blackstone.

“Well, I saw the fire, of course… I heard the gunfire, but I didn’t see the shooters.”

“Shooters. You think there were more than one?”

“Then I saw… I saw the fireman fall to the ground. Looked like he was bleeding.”

“You didn’t see anyone at all with a gun, Ricky?” said Officer Bill.

“Uh, no. I just heard the shooting. Machine guns. That was all.”

Bill looked at the agent, and McMartin nodded a little bit.

“Thanks for your help, son. You’re a good citizen” said Bill.

“Ma’am, thank you for your time. Pardon our intrusion at this late hour.”

“Oh, and you’ll want to tape a piece of cardboard across that opening upstairs” Bill said. “Keep the bugs out.”

My brand new novel, ULTIMATE ERROR, is now available at bookstores nationwide and at Amazon.com.