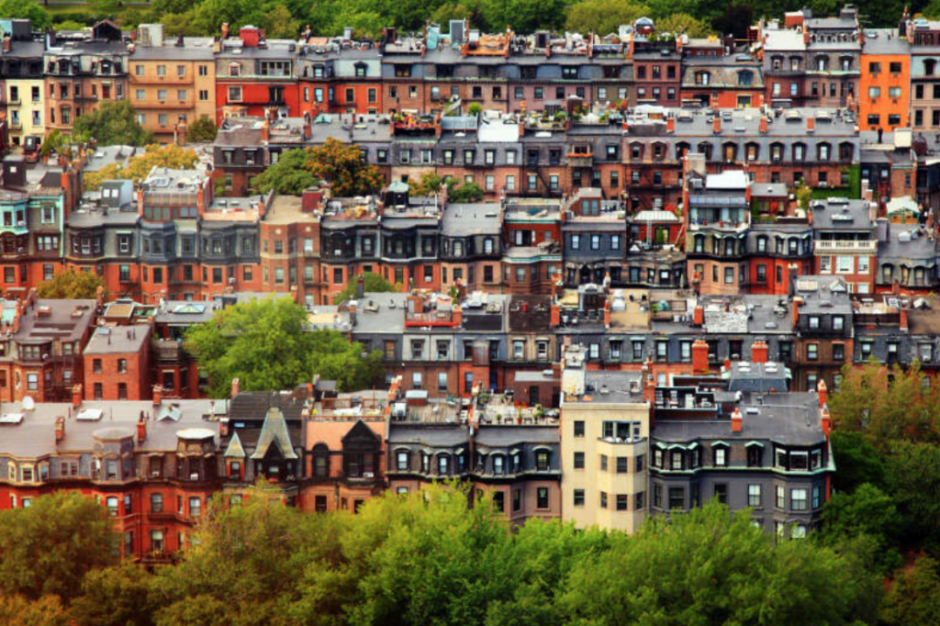 A spring evening in Boston takes a turn

Seventeen-year-old Ricky lay on his bed on a Friday evening before dinner. He was mentally exhausted from a tough week at school. Ricky, you see, is what they call a gifted student—a high-achiever.

As he waited for the familiar call from his mom downstairs, he stared at the poster of Albert Einstein on his wall. It had occupied that same space since he was in sixth grade. Ricky liked that it didn’t have any words on it. Not his name—Who doesn’t know that face? —not some clever quote, the words of which he may or may not have ever actually said. Just the head and shoulders of the master. Dark tie, dark sweater, white shirt, and the famous crop of wild hair.

And then it was gone. Only a silhouette of the image lingered briefly in Ricky’s mind, like a photographic negative. The whole house seemed to let out a long-held breath. He could feel the ceiling fan decelerating. Power outage. “Ricky…” his mother called out. The “dinner’s ready” part never came. “Okay, mom! Be right down. Just grabbing my flashlight.”

On the stairwell, mom Lucy and the boy accidentally shone their flashlights in each other’s faces, causing them both to startle. “Whoa!” said he. “Jeezus!” she said.

Lucy added, “Did you check the breakers?”

“No. Out for several blocks, far as I could tell from the window.”

“Well… at least the rice is cooked.”

The aroma of the cooked rice made Ricky hungry. He pointed his light at the cupboard, opened it, and pulled out a small bowl. “Don’t mind if I do,” he said. Mom waved dismissively at the rice cooker and furrowed her brow. “I’m not hungry anymore,” she said. “Don’t worry, mom, it’ll come back on soon. Usually does.”

Once Ricky sat down at the table, mom thought better of it and grabbed a bowl for herself. They sat in near darkness, forking the grains into their mouths silently. But the silence was shattered by the wailing of sirens. The boy put his bowl down, picked up his flashlight, and went for a peek out the window. Three blocks down, he saw flames towering 40 feet and lapping at the night sky. Mr. Skandowski’s house was engulfed, but why? How?

Ricky’s mind was working quickly now to make sense of it. His train of thought was derailed, obliterated by the sound of… automatic gunfire? Could it be? “What’s happening!!” shouted his mother, but there was no answer. The boy was in survival mode, and instinct had replaced critical thinking.

He raced up the stairs, jumping three steps at a time. He shone his light onto a chest of drawers and retrieved his binoculars. His heart sank as he peered out the bedroom window. Firefighters strewn on the ground and bleeding in front of Skandowski’s inferno.