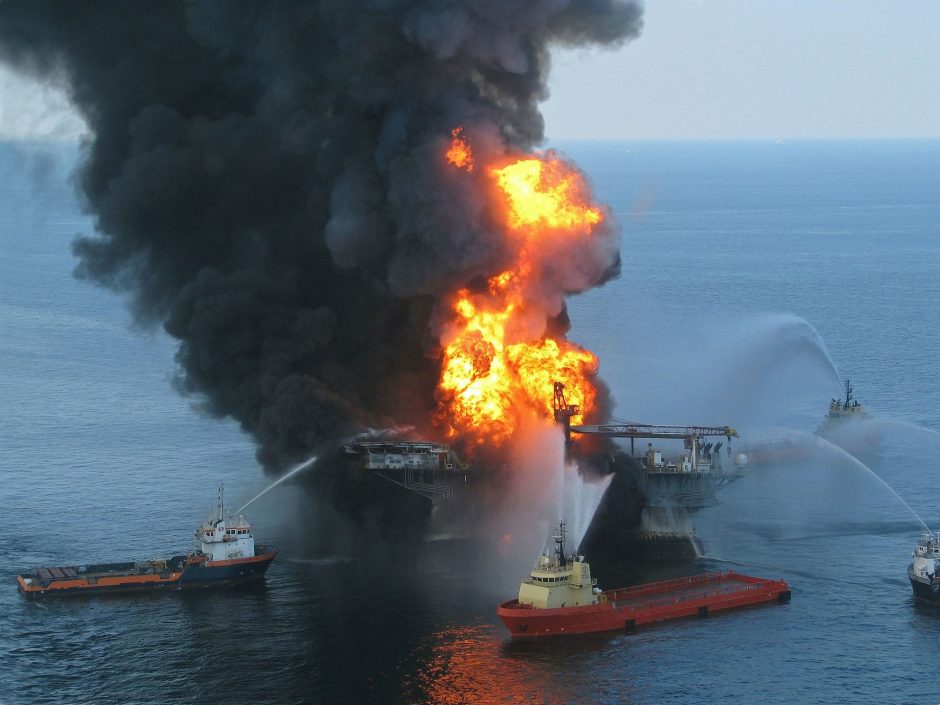 It’s time to have a look at year-to-date petroleum disasters worldwide. Not the everyday disasters of burning fossil fuels; the ones that lead Earth closer to extinction. Not the everyday spills that wreak havoc on ecosystems large and small. No, the petroleum industry and its enablers, including consumers, do even more harm. Let’s look at some of the major oil spills so far this year.

2018 started with a horrific bang. That “bang” being the collision in the East China Sea (186 miles off the coast of Shanghai) of a Panamanian-flagged Iranian tanker carrying natural gas condensate and a Hong Kong-flagged cargo ship. Natural gas condensate is a highly flammable type of crude oil. It’s “ultra-light” and similar in weight and flammability to gasoline. The Iranian tanker Sanchi was carrying nearly one million barrels of it when it collided with the Hong Kong CF Crystal. Imagine a marine tanker carrying 42 million gallons of gasoline. The Sanchi exploded and burned for a week adrift at sea. All 32 crew members on the vessel were killed. All of the natural gas condensate aboard either burned or spilled into the sea.

On March 2nd, 2018 the Colombian state petroleum agency, the ironically named Ecopetrol, spilled over one million gallons of crude into the Lizama River. The spill—of which the cause is to-date unknown—has since spread to the Sogamoso River, and 2,400 tropical animals have died. 70 locals have been treated for exposure to the toxic sludge.

Ecopetrol also managed to botch clean-up efforts from the start. Bogotá has levied sanctions on Ecopetrol for its lack of contingency planning. Rivers not only contain their own ecosystems, but also feed surrounding areas, and petroleum in the water and on the banks present decades of destruction at a minimum.

June 22, 2018 saw a train derailment and oil spill of over 200,000 gallons by the BNSF railway. The train, which sent 32 tanker cars plunging into flood waters, well represents the compound pollution caused by the fossil-fuel industry and its enablers. Flooding, exacerbated by the greenhouse gases from burning petroleum, is the primary suspect in the train’s derailment. So, it goes off the rails and spills hundreds of thousands of gallons of crude into waters which is then carried into nearby lakes and streams. Into the veins of the bodies that give life to the regions.

We could hardly cause more damage to our natural environment if we tried!

My upcoming novel, ULTIMATE ERROR, is about the interconnected devastation caused by the petroleum industry. Their methods of destroying the natural world are many: exploding wells (land and marine), transportation spills (including burst pipelines and train accidents), pollution in the processing and refining stages, carbon emissions from the use (burning) of their products, and even botched clean-up efforts like the recent one in Colombia. If we are willing to see the longer-term consequences, we might not be so thirsty for, and addicted to, cheap energy.