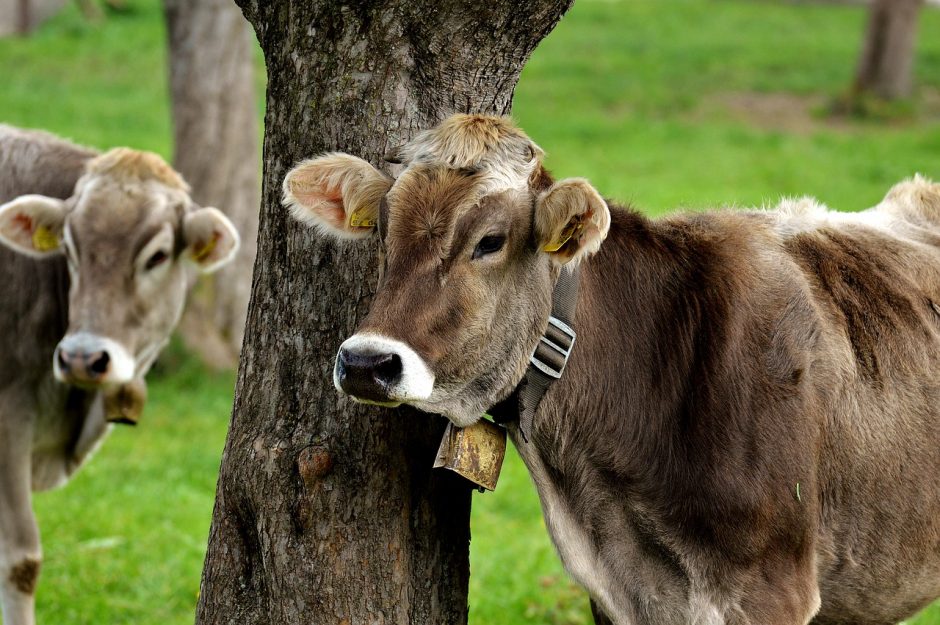 As you might have noticed, I take deep interest in pollution and climate change caused by fossil fuels. But I was actually surprised by news of a growing consensus of distinguished scientists who say no less than 15 percent of global warming derives from the production of meat (meat!) worldwide.

This figure includes many factors besides the direct carbon emissions of the livestock itself. For example, land used for growing the massive feed tonnage required by the majority of farm animals often becomes available through deforestation. Water waste and other inefficiencies are figured in as well.

Of the meat industries, of course, beef takes the biggest toll on the environment—and U.S. consumption of it beats all other nations. So, before us is another chunk of the urgent and growing global warming problem. Somehow, though, as Americans we have become exceedingly well-trained at denying culpability and at issuing blame.

I grew up on a dairy farm in Wisconsin. The milk industry is much different (and much smaller) than the meat industry. However, it was always impressed upon me to be a good steward of the land, and the connection between all living things on Earth was taught to me at an early age.

I remember a lushly forested dell where I could yet hear our heifers’ bells, near enough to our farm that it was. Some afternoons, after school and after all the chores were done, I’d take a comic book or two over there and enjoy some private, quiet time amongst the cherries. Between my first and second hours out there, the sun would dip behind the horizon enough that the temperature would drop from 40 to 30 degrees Fahrenheit, say. Time to go back inside.

The ephemeral nature of these events never did cross my mind. Much less did the idea that in only a few decades the entirety of the nature I knew would be in peril. So well hidden was the psychopathically avaricious one percent. To many, perhaps particularly in the Midwest and South, the threat of these few men and women remains little-known or, at least, obscured.

In one of these semi-journalistic, year-end reviews on television yesterday, I heard once again the floods, fires, and windstorms of 2017 called “acts of Mother Nature.” I could almost see and hear the oil men and coal men cheering at the general lack of insight! These were once acts of nature but no longer. Clearly, we have reached the point where most of the devastation is caused by carbon emissions from burning fossil fuels. There is no reasonable doubt about that. None.

There does exist moneyed doubt. The purported doubt of the Bob Murrays of the world. The men with lumps of coal where once their hearts might have been.

My upcoming novel, ULTIMATE ERROR, is about the delicate balance between the status quo and massive catastrophe.