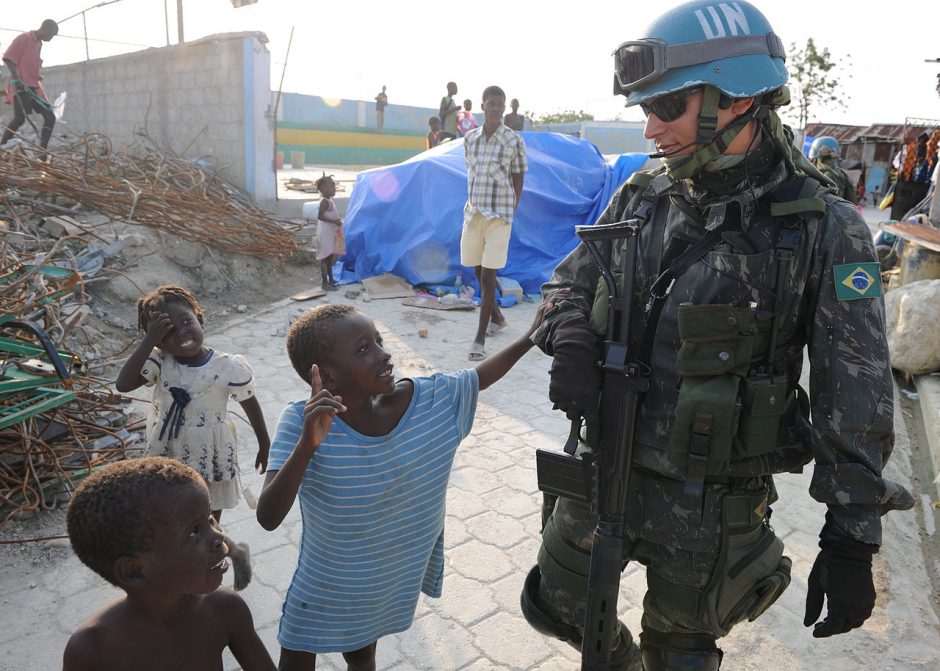 One hundred and thirty of the 193 total United Nations member nations have drafted a proposed treaty which aims to ban the use or possession of nuclear weapons worldwide. Dissenters and supporters tally up squarely by whether they believe they benefit from nuclear deterrence or not. Those opposed—or, more accurately, not interested—include the nine nuclear weapons states: China, France, India, Israel, North Korea, Pakistan, Russia, the U.K., and the U.S. Also in opposition are several states which are members of nuclear treaties with the nine, including: Australia, Belgium, Italy, Germany, and the Netherlands.

So, I feel this is an appropriate time to look at the U.N. again and assess its role in international peace and diplomacy. If there’s a single great corroding force on the U.N.’s power—the cause of the varying degrees of impotence which are assigned to the 72 year old organization—is politics. For example, who really believes that our current U.S. ambassador to the U.N. is a diplomat working towards international peace? It’s clear she’s a politician, there to promote U.S. interests. Specifically, the business interests of the president of the United States.

Here on my ULTIMATE ERROR blog, we talk a lot about corruption in government and its effects on the people. U.S. ambassador to the United Nations is an important job, in the broad scheme of things, yet here again is a sellout of American and international human values. It’s really a manifestation of a dangerous streak of cynicism in our country, combined with the current high value we place on ignorance.

Meanwhile, the U.N.’s peacekeeping forces keep busy around the globe and in places with some of the worst conditions in the world: Haiti, South Sudan, Sudan, Syria, and on and on. Have we heard one word of praise for these troops and their work from the U.S. ambassador or the president? Of course, not. And that really says a lot about where we stand morally in the community of nations. The persons who we put in power won’t acknowledge tremendous—and tremendously dangerous—work by this organization, because they feel it will cost them political points personally.

We can hope that we’re now going through a catharsis from which, as a country, we’ll emerge much closer to our democratic principles. That would make something positive out of this corruption and avarice of historic depths. Yet, it’s perhaps better not to ask how low they can go, lest we receive an answer.

My upcoming novel, ULTIMATE ERROR, is about the tenuous peace in developed nations like the U.S. After a catastrophic event and when the dominoes start to fall, who will step up to keep the peace according to our Constitution and widely observed international law? Too infrequently do we imagine what it feels like for a Syrian refugee or a Haitian earthquake victim to see the blue helmets of the U.N. roll into town.