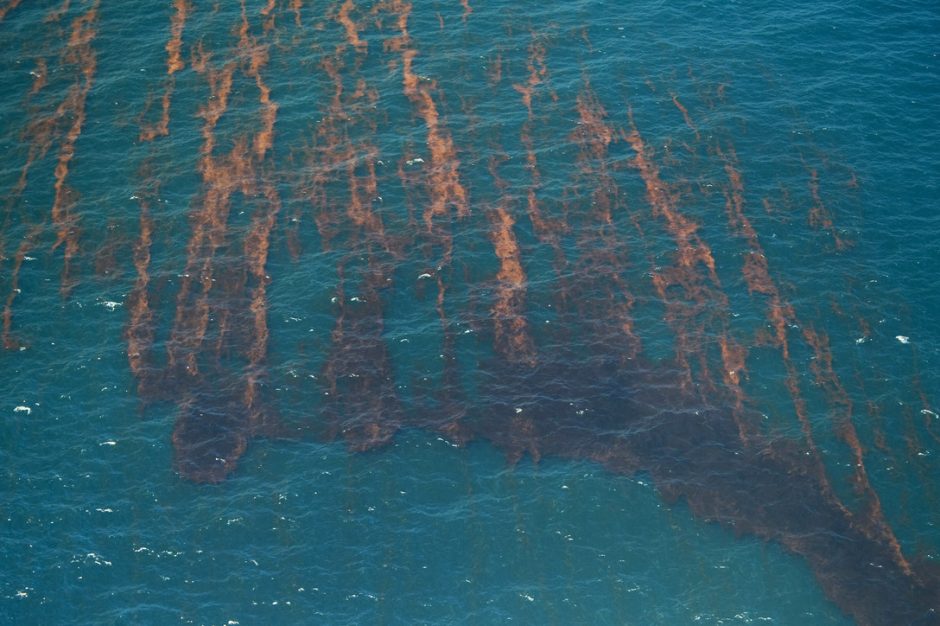 I didn’t know this was even possible. Did you know that an oil company can drill in the Gulf of Mexico and, when things go horribly wrong—as in “multiple wellheads pumping oil into the seawater for 14 years” type of wrong—the company can just pack up and leave?

In 2004, Hurricane Ivan battered the gulf and mangled Taylor Energy’s underwater apparatus. “Two gallons per day.” That was Taylor’s original report to the United States Coast Guard. With limited resources, the Coast Guard took a closer look in 2008. “More like 84 gallons per day,” they concluded. Still, it wasn’t enough of a problem to dissuade a group of South Korean companies from buying the company the same year.

Ten years later, a geoscientist studying the spill was the bearer of bad news. The actual quantity of oil spewing into the gulf waters daily is between 300 and 700 barrels. That’s why, in just two more years, it will become the biggest oil spill in U.S. history.

We have a cynicism problem in this country. Whatever bad acts some corporation, government agency, or individual is about commit, well, “they’re no worse than the other guy is doing.” So the bar gets lower and lower every day. It’s a moral crisis that we face, but not of the kind that the opportunist bible-thumpers would like you believe. It’s groups of (mostly) White (mostly) men who still adhere to the sophomoric justification “Hey, everybody’s doing it!”

Add to that the real, tremendous stress of competing in a ruthlessly capitalist economy, and the fancied stress of keeping up with the Joneses, and you have a formula for corruption in every sector at every level. Daily, our economy looks more like a snake swallowing itself by the tail.

In Taylor, we have another stunning example of a corporation completely eschewing environmental stewardship. So many people admire the massive profits of such companies, but are they really admirable? I’d like to see one that can make an honest dollar. A clean dollar. That would be impressive.

Significant evidence exists that Taylor hid what it knew about its disaster immediately after Hurricane Ivan. There’s also a pattern that shows they only admitted to as much as had already been discovered at the time by independent investigators. Throughout the fossil-fuel industry, we see similar patterns. These are dishonest, dirty dollars that the industry touts to its investors. Nothing to be proud of, at the end of the day, but somehow they sleep at night.

My upcoming novel, ULTIMATE ERROR, is about oil industry manipulation and obfuscation of facts as they continue to not only pollute the natural world, but also take all of life on Earth to the brink of extinction. We see the dominoes falling already. When will the people stamp out the momentum, that the remaining dominoes might stand?