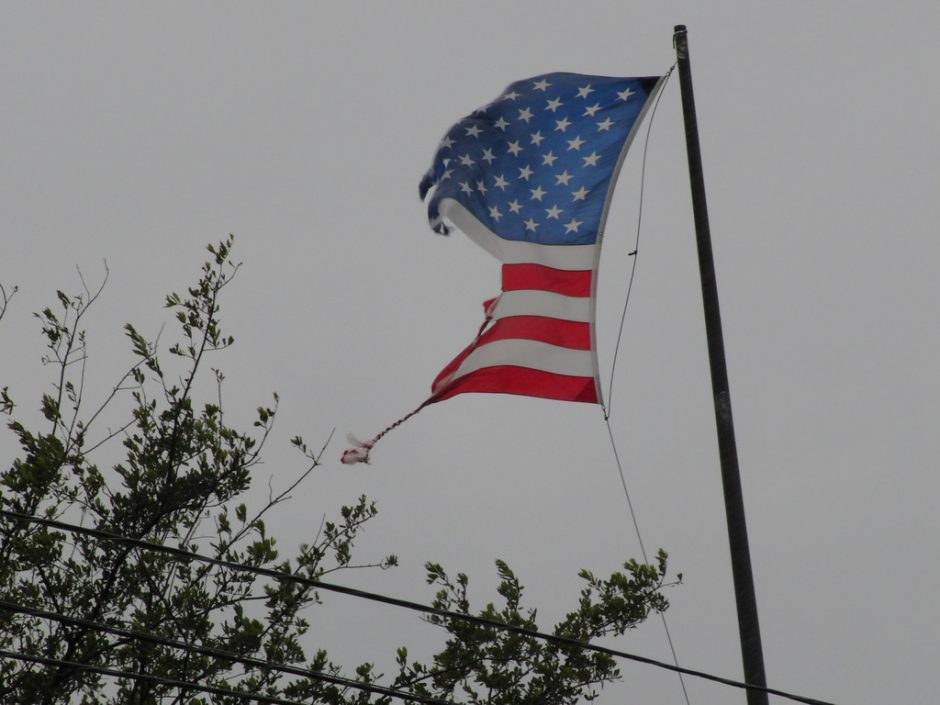 Our American forefathers warned us about divisiveness in our country. “One nation, indivisible…” was included in the original Pledge of Allegiance. “Allegiance”—never a more fascinating concept than today. Merriam-Webster defines it as “loyalty or commitment of an individual to a group or cause.”

Our group? ALL Americans. Our cause? For that, let’s turn to a larger-than-life, criminally misunderstood American leader. Dr. Martin Luther King’s greatest wish for his “beloved nation” is, arguably, that we build a society where “justice will roll down like waters and righteousness as a mighty stream.”

Many (most?) take the good reverend’s words from chapter five of the Book of Amos as the type of prayer meant to fend off God’s “displeasure”—a rote quote to fill a quota. What went completely over our heads is that Dr. King believed it could really be achieved! He sets a beautiful, visionary goal for America in free-flowing justice and righteousness unimpeded.

Even at the height of the Civil Rights Movement, though, our nation showed its penchant for being stubbornly uninspired. Nowadays, of course, we set aside the wisest words in favor of our “fake news” of choice.

As an emergency room physician, I can’t help exploring metaphors that arise from commonalities between the human body and the “body politic.” My diagnosis of America today? Severing of the connective tissue. The tears run east of Ohio, west of Utah, and north of North Carolina. The town mouse cites ignorance of the farm mouse’s plight and vice versa. Neither has a valid excuse for neglecting to try and understand his countrymice.

One presidential candidate won the electoral vote, the other won the popular vote. The framers should have seen the bitter divisions this situation would cause. Nearly three million Americans have been told, essentially, that their votes didn’t count. Some voters, like Wyomingites, possess three times the weighted voting power of Californians. This is not democracy. It’s gerrymandering on the grandest scale.

A word conspicuously missing as the United States of America entered the Great Division has been “integrity.” Some of us seem to believe that our nation can maintain its status as a great democracy by sheer individuality and bravado alone. It cannot. The cornerstones of our governmental system—freedom, yes, but also justice, citizenship, civil rights, and representative government (and the integrity thereof)—are not optional!

Here is a hard fact: There are groups of people in the world who hate America and Americans. They fully intend to do us real harm. Now, they see us in a virtual civil war. They know our country is divided, and thus weakened. They are the ones who are benefitting most from all of this infighting. With the growing plutocratic kleptocracy a close second.

My upcoming novel, ULTIMATE ERROR, is about the politics of greed. Petroleum is burned by the millions of barrels daily. It’s spilled into marine ecosystems and poured onto delicate lands. Our most gifted scientists say use of oil as we know it must cease immediately. Yet it continues, and the reason is blind pathological avarice.