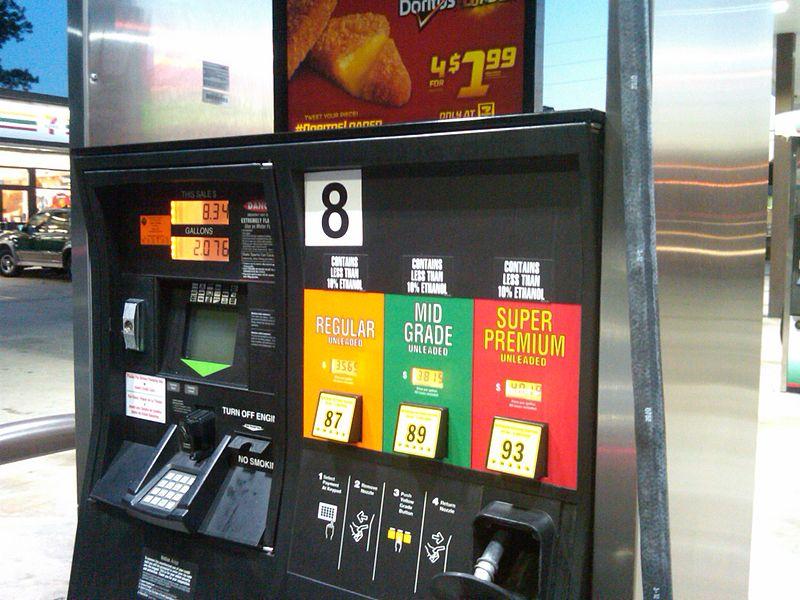 We Americans use over nine million barrels of gasoline per day. That’s an average of seven gallons per week by every man, woman, child, and infant in the nation. I got these figures from a recent article in Forbes magazine about a petroleum-deliveries record that was broken in April of this year—a couple of months ago.

What this means to me is that we have been stuck with gasoline for a long time. It means that most Americans feel they don’t have a practical alternative to consuming petroleum in their everyday lives. The expense and/or inconvenience of alternatives seem simply too much for working people and their families to bear.

And since we feel that way, hey, why not get the biggest pickup or SUV on the market. We don’t like gray areas in this country. So, if it’s okay to use gasoline even as the planet burns to a crisp, then it’s also really awesome for Americans to use gasoline like there’s no tomorrow. At this rate, there might not be.

On the other hand, folks like the forward-looking, big thinkers at Florida-based Alliance Bio-Products are taking action to replace the entire petroleum industry. That means their particular product could be made into anything that’s now made from petroleum: gasoline, plastics, you name it.

Their product is called cellulosic ethanol. Basically, it works like the ethanol we all know, but it’s made from green waste (from forestry, golf courses, commercial landscaping, residential yards, etc.) instead of corn. It’s cheaper than corn ethanol and way cheaper than petroleum. Each barrel of oil (currently at $43) could be replaced by $18 of cellulosic ethanol. Its carbon footprint, of course, is minuscule compared to petroleum, too. How much does our nation—indeed, the whole planet—need a product like this? Desperately, I would say.

It sounds like a viable solution to America’s petroleum problem. So much so, that it would be surprising if Alliance wasn’t bought by a BP or a Royal Dutch Shell within a year or two. (Hopefully, any purchase by oil and gas concerns would be for development purposes and not to squash unwanted competition for their, by all rights obsolete, products.)

The parenthetical phrase above is unfortunately necessary because of the actions we’ve seen taken by corporate giants. Ethics and time-tested values are often pushed aside in favor of profits. The continued drilling, transportation, refining, and marketing of petroleum are highly immoral and rightly raise questions about integrity in the oil industry. Let’s hope that the Alliance Bio-Products of the world grow and keep growing for many years to come.

My upcoming novel, ULTIMATE ERROR, is about various manifestations of the petroleum problem in America. Even putting aside the (obviously principal) issue of global warming, oil spills also wreak havoc on ecosystems on land and water. Could oil spill clean-ups cause harm as well? Could that be where the ULTIMATE catastrophe begins?