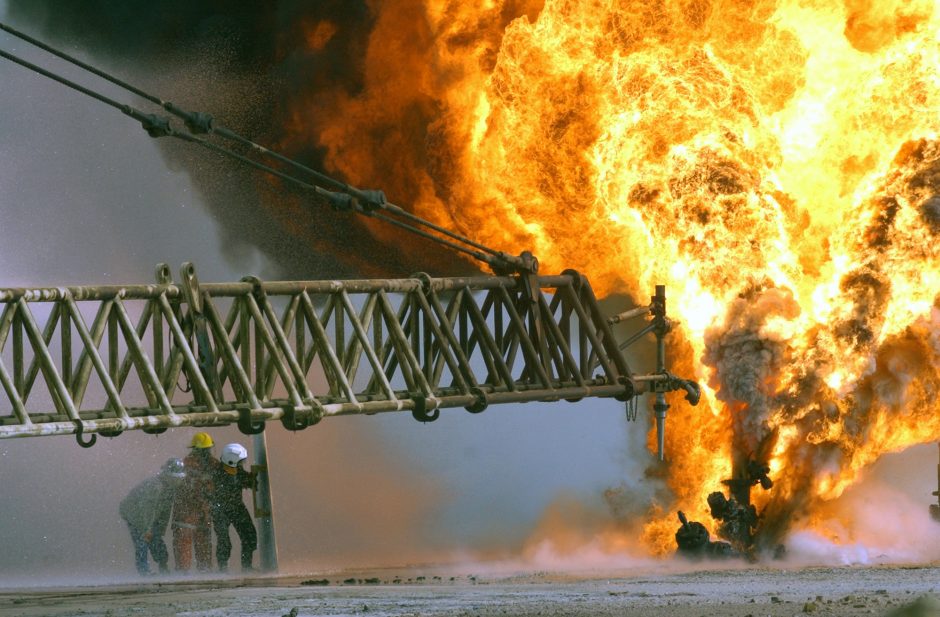 Celebrations regarding the Army Corps of Engineers’ decision not to issue a permit for the Dakota Access Pipeline (DAPL) had hardly waned when another North Dakota pipe segment burst, spilling over four thousand barrels (1,764 gallons) of crude. More than three-fourths of the oil entered a creek that feeds a tributary of the Missouri River, according to Reuters.

You probably remember that leaks, bursts, and spills into the Missouri were the precise concerns of the Standing Rock Sioux Nation, whose primary water source is the great river. It’s a real head-shaker that only a few hours after the Army Corps announcement the very scenario that protesters said could happen did happen. Thankfully, as far as crude spills go, the December 5th Belle Fourche leak wasn’t catastrophic.

Think of all the wasted resources put into fighting the protesters during their DAPL demonstrations—people seriously injured, maced, shot at, and the financial toll on law enforcement. The oil companies have some nerve, trying to bully people into accepting construction and operations that are patently wrong. They know what they’re doing is wrong.

Because, again, top climatologists from NASA and NOAA say, unequivocally, that use of fossil fuels must cease as of yesterday! But the oil industry loves the global warming “debate.” While people are debating, they continue piling up trillions in profits. The bigger the controversies the better, in their view.

After the presidential election in November, the U.S. is perhaps less likely than ever to adopt any plan to curtail fossil fuel use. That puts us at least four more years behind the eightball. The planet and its climate don’t care who’s in the White House or who’s the Secretary of State. It will continue warming until we make the necessary changes and demand that other major polluter-nations follow suit.

Our elected leaders are now looking at the hard-fought Paris Agreement on climate change as something to be freed from. We wish they were sincere in asserting that it is an unnecessary restraint on American jobs. Most of us accept that their views are clouded by profitable plumes of smoke from burning petroleum.

What’s needed immediately ought to be beyond debate: common-sense measures put in place by responsible regulatory agencies like the EPA, the Department of Energy, and the Department of Transportation. The goal needs to be a national tapering off of fossil fuels, perhaps over the course of three or four years. Remember, some top climate scientists will assert that such a plan is way too slow. America is a big enough and strong enough nation to correct its path and change according to what science mandates for the survival of the planet.

My upcoming novel, ULTIMATE ERROR, is about the greed that fuels abuse of our planet and its resources. When, if ever, will we say, “That was okay back then, but we know better now.” If we wish that our children and grandchildren will live and thrive on Earth, we must be quicker and more accepting of change. We must never be enslaved to the past by would-be masters who are the most cynical among us.